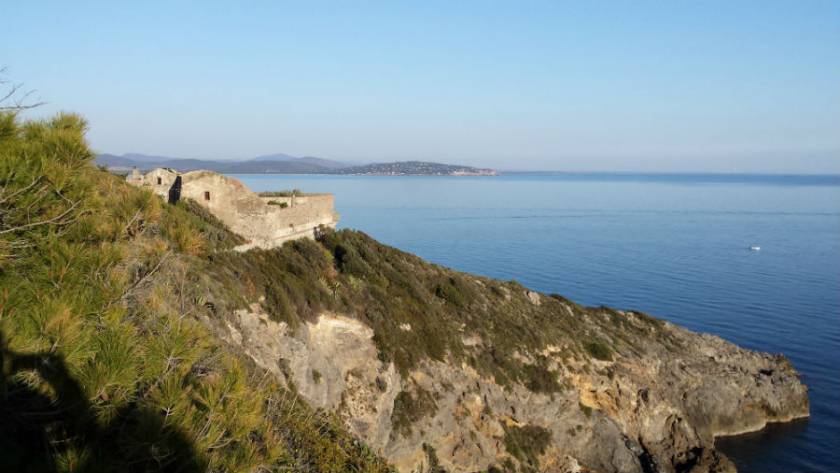 Fort St. Catherine of Porto Ercole rises on the slopes of a promontory that descends directly toward the sea, dominating Porto Vecchio from the east. The fortification was built in the first half of the eighteenth century by the Spanish in the place where once stood, probably a preexisting defensive structure lost; became a place specializing in the attacks against any enemy boats that you avvicinassero to this stretch of coast of the State of Presidi.

Its construction, close to Fort Philip, was commissioned for the control of the cove where now stands the port of Cala Galera, once it was decided the transformation of the tower of Mulinaccio in a windmill. The functions of the guard and offense characterize this structure until the early Nineteenth Century; with the annexation of the entire territory of the Grand Duchy of Tuscany, the fortification was progressively abandoned. At the end of the century, the structure played the role of the infirmary for the prisoners who were held at Fort Philip. Fort St. Catherine develops irregular pentagonal plan, with mighty and thick curtain walls to the shoe, sometimes coated in stone and in dashed lines in scialbato plaster, which incorporate on the opposite side to the sea, a series of buildings one of which equipped with top terrace for performing the functions of the sighting.

The curtain walls have other openings (slits and windows), where a time were located on the embrasures. For each of the two angles facing the sea, is a place to guard a semicircular section, without any cover, resting on a bracket projecting in the form of inverted half taper. Access to the building is through a arched door which opens at the Rivellino, above which opens a rectangular window; in the upper part is placed a coat of arms of the State of Presidi. Within the complex originally stood even a powder keg, in addition to the premises for the accommodation of military garrisons.

Via Arenile, 3, Castiglione della Pescaia (Grosseto)
48.05 Kilometers from Fort St. Catherine
The Garden of the historic center
in the village of Montemerano, two steps away from the Thermal Baths of Saturnia and from those o...

Poderi di Montemerano - 58014, Manciano (Grosseto)
33.66 Kilometers from Fort St. Catherine
Vecchia Osteria Cacio e Vino
Every dish is matched to a particular wine. You can taste delicious local dishes in a friendly at...

Località Poggio Bertino, 18, Montemerano, Manciano (Grosseto)
35.72 Kilometers from Fort St. Catherine
Trattoria Verdiana
It is a place of simple elegance, where, in winter, you can eat in front of the fireplace and in ...