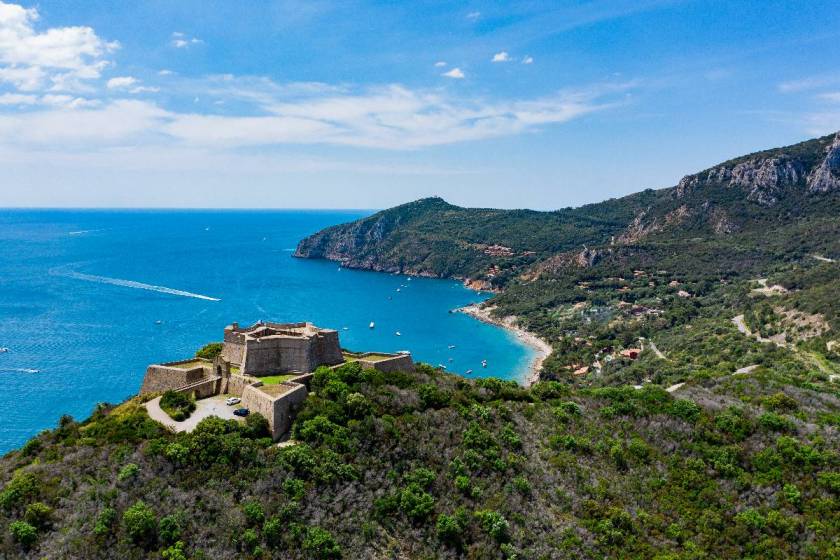 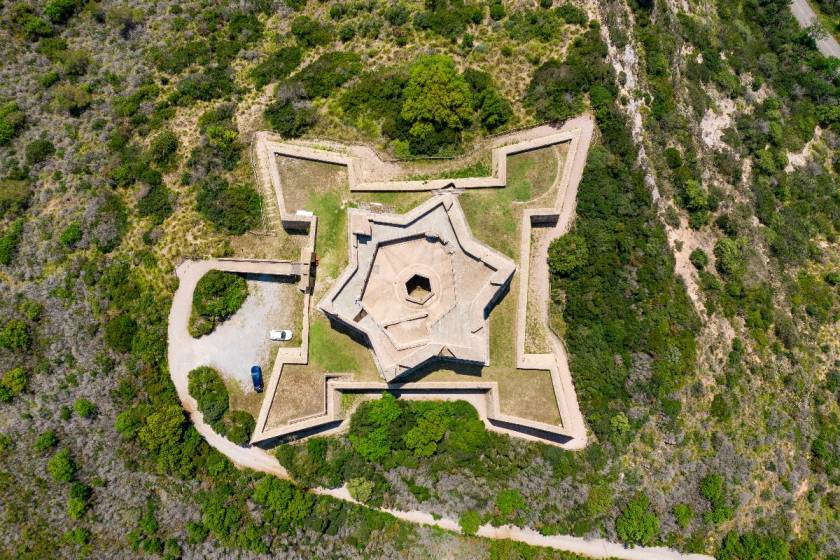 In the past Fort Star constituted one of the bulwarks of the defensive system of the promontory of Monte Argentario. The fortification was built by the Spanish in the second half of the Sixteenth Century, when the whole area became part of the state of Presidii, inside of which was one of the strategic points of the entire defensive system, being able to communicate visually with the tower of the Avvoltore west with Rocca Aldobrandesca in Porto Ercole and even with the tower of San Pancrazio on the promontory of Ansedonia east.

The place chosen for the construction of the defensive structure was one in which stood the Forte Sant'Ippolito, Renaissance origins, which represented one of the cornerstones of the pre-existing defensive system of the south-eastern part of the promontory of Monte Argentario: part of it was incorporated in the central part of the new fortification readapting thereto.

The construction of the imposing fortification took a very long time, so that the two architects responsible of the project directly by King Philip II of Spain was never able to see it finished. It seems in fact that the completion of the work is concluded only in the second half of the Seventeenth century, although it was followed up at the bottom of the project developed in the previous century: in a depiction of 1646 the fortified structure was still incomplete, appearing again with a layout different from that of the project. The functions carried out in the past by the fortress were mainly those of sighting, thanks to the possibility of an excellent observation along a stretch of coast that ranges from the southern shore of the Argentario up to the promontory of Capo Linaro beyond the city of Civitavecchia. Its gradual disposal took place in the course of the Nineteenth Century, as the entire area passed before temporarily to the Grand Duchy of Tuscany and then to the Reign of Italy. Precisely in the years subsequent to the Unity of Italy, it was decided to its ultimate disposal by the originating military functions.

The Forte Stella presents itself as an imposing fortification, characterized by the presence of two forts, one external and one internal. The area in which rises the strong proper is delimited by an outer fort that develops a quadrangular shape with a pentagonal bastion that encloses each of the four corners of the perimeter. The area enclosed within the outer fort bastionato constitutes the base on which rises the strong properly said, realized on the pre-existing Forte Sant'Ippolito , that develops with a characteristic plant stellata to six points with spessissime and high curtain walls formed by a mighty base shoe delimited at the top by a marcapiano, above which rests the parapet, equipped with battlements, which delimits the wide top terrace, originally used by the sentinels for functions of sighting and to send light signals to the other towers in the event of danger. Along the curtain walls of the inner fortress opens numerous slits, additional protection of the heart of the defensive structure coastline. The eastern summit of the small fortress inside it is preserved one of the originating cabins with a bell gable, which characterize originally each vertex of the fort itself.

Inside, there are exhibitions and cultural exhibitions during the summer period. The natural illumination of the interior environments is given by an opening to a hexagonal shape that opens in the center of the top terrace.

Lungomare Andrea Doria, 30, Porto Ercole, Monte Argentario
Il Poggio di Teo
Between the wild nature of the Maremma and the beautiful sea of the Argentario, the Poggio di Teo...

Strada Provinciale delle Rocchette, snc, 58043, Castiglione della Pescaia (Grosseto)
54.87 Kilometers from Fort Star
Hotel Restaurant La Botte
Despite the simplicity of the furnishings, the rooms have all the comforts

Str. Pitiglianese km 19, Montorio - 58010 Sorano, Sorano (Grosseto)
60.12 Kilometers from Fort Star
The Garden of the historic center
in the village of Montemerano, two steps away from the Thermal Baths of Saturnia and from those o...

Lungomare Andrea Doria, 24, Porto Ercole, Monte Argentario
Vecchia Osteria Cacio e Vino
Every dish is matched to a particular wine. You can taste delicious local dishes in a friendly at...

Via della Penna 1, Castel del Piano (Grosseto)
63.02 Kilometers from Fort Star
Trattoria Verdiana
It is a place of simple elegance, where, in winter, you can eat in front of the fireplace and in ...

Via Italia in Montemerano, 31, Manciano (Grosseto)
35.58 Kilometers from Fort Star
= distances as the crow flies