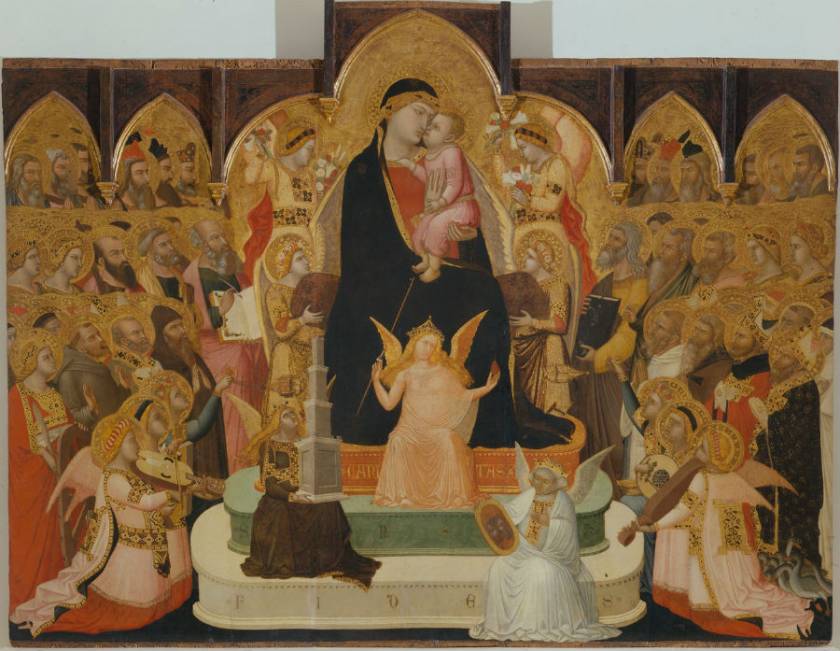 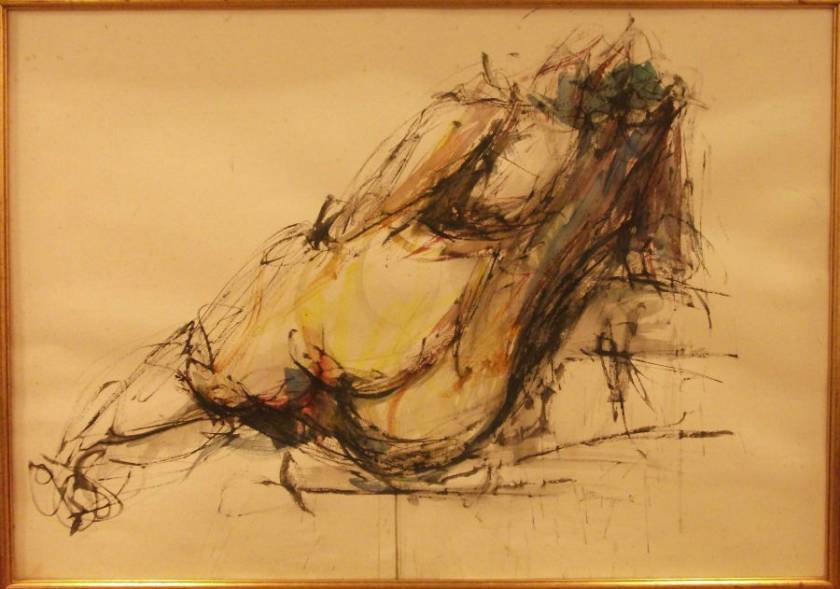 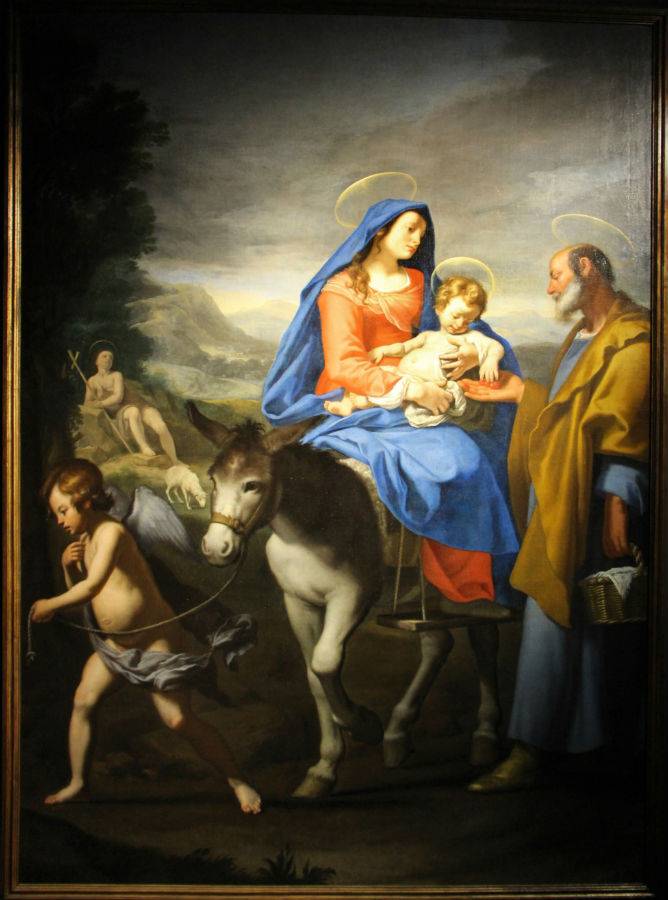 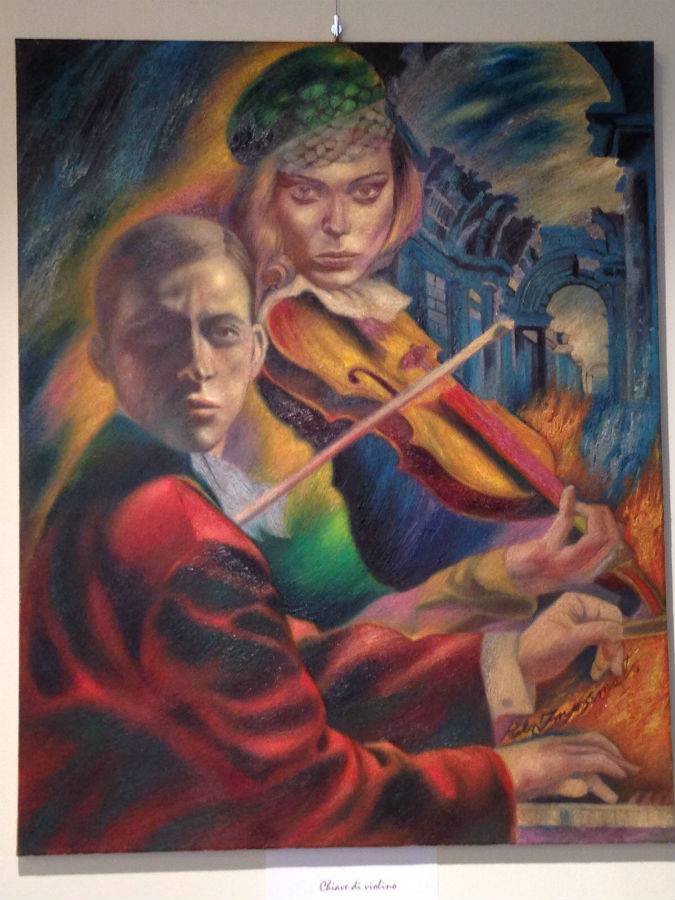 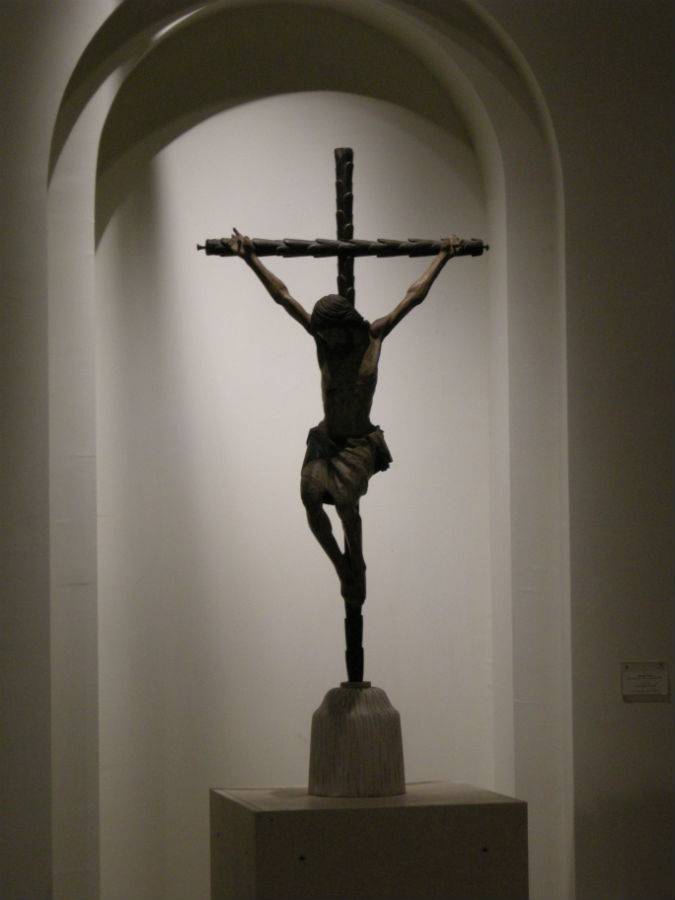 The Sacred Art Museum of Massa Marittima is hosted in the museum complex of San Pietro all'Orto, jointly to the Angiolino Martini Contemporary Art Exhibition Center.

The visit to the museum of sacred art starts from the first entry of the structure in the course Diaz at number 36, where you will reach a small room with ticket and bookshop from which he exits again to enter into a courtyard of the convent. From port in front on the right leads to the first room of the museum, dedicated to stone fragments of sculptures dating back to the years between the XII and the XIII century, as capitals, moldings and shelves coming largely from the cathedral of San Cerbone. Very interesting are the ten panels with bas-reliefs in Gray alabaster, or more properly anhydrite darkened dating controversial, maybe in origin plutei of altar depicting different characters and situations of dubious interpretation.

The second room of the museum is dedicated to Gothic sculpture of Pisa and Siena the years between the XIII and XIV century, where stand out the eleven marble statues representing saints and apostles and prophets, probably coming from the iconostasis of the cathedral of San Cerbone: eight sculptures in white marble are attributable to the Sienese artist Gano di Fazio (you recognize among the personages depicted Saint Paul, Saint John the Baptist and an apostle), while the other three, in white marble-gray painted, Camaino di Crescentino, father of the most famous Tino.

The third room is dedicated The art of the XIV century and stand out particularly two works of the Lorenzetti brothers: a glass window from the sacristy of the Duomo depicting the Crucifix by Pietro Lorenzetti and the grand Majesty by Ambrogio Lorenzetti, più famous painting of the museum of sacred art, if not the whole village of Massa Marittima. Coming from the convent of Sant'Agostino, the majesty is a masterpiece of the ripening period of the artist, dated about 1340, and is characterized by a union of medieval symbology with formal styles classics, where at the center is enthroned Madonna with Child sitting on the wings of two angels.

Visit the fourth room of the museum begins with an installation containing an interesting collection of ceramics arranged on three boxes: a collection which covers an arc of time that goes from the XVI century to the beginning of the XIX century. The Great Hall, finally, is dedicated to painting and art of the Fifteenth Century, with some incursion in the XVI century, and contains a number of masterpieces by great authors as Sano di Pietro and Stefano di Giovanni called il Sassetta.

The visit to the museum of sacred art concludes in the fifth room, composed of three installations that expose the ancient liturgical furnishings and sacred vestments from the churches of the diocese. The more interesting object is a planet dating back to the end of the XV century. Finally there are two illuminated corals of the XVIII century and a collection composed of twenty sacred furnishings of various kinds such as glasses, reliquaries and port-incense.

From the fifth and last room of the museum of sacred art is accessed finally to the Exhibition Center of Contemporary Art Angiolino Martini, interesting collection of paintings and graphics of the Novecento Italiano, which occupies the last section of the museum complex of San Pietro all'Orto.

The Angiolino Martini Contemporary Art Exhibition Center is a permanent exhibition of paintings of the twentieth century, inside which are exposed about 750 works by many artists, among whom Renato Guttuso, Mino Maccari, Bruno Cassinari, Antonio Possenti, Ernesto Treccani and Lorenzo Viani.

In the vast collection of Collection Martini include paintings and Sketches of the late nineteenth-century painters Pietro Aldi, Paride Pascucci and Luigi Mussini and paintings by artists post-macchiaioli on horseback between the XIX and XX century as John Bartolena, Francesco and Luigi Gioli, Guglielmo Micheli and Angiolo Tommasi, while among the numerous works of full Novecento stand out then the work of Pietro Annigoni, Franz Borghese, Remo Brindisi, Xavier Bueno, Primo Conti, Emilio Greco, Moses Levy and Giulio Turcato.

Loc. Germandine 119 - 57028, Suvereto (Livorno)
17.14 Kilometers from Sacred Art Museum of Massa Marittima
The Garden of the historic center
in the village of Montemerano, two steps away from the Thermal Baths of Saturnia and from those o...

località La Piaggia, 7- 58050, Manciano (Grosseto)
68.16 Kilometers from Sacred Art Museum of Massa Marittima
Il Poggio di Teo
Between the wild nature of the Maremma and the beautiful sea of the Argentario, the Poggio di Teo...

Via del Crociﬁsso, 3, Suvereto (Livorno)
17.74 Kilometers from Sacred Art Museum of Massa Marittima
Trattoria Verdiana
It is a place of simple elegance, where, in winter, you can eat in front of the fireplace and in ...

Via del Bivio, 16 - 58014, Manciano (Grosseto)
68.32 Kilometers from Sacred Art Museum of Massa Marittima
Petra Wine
A unique wine cellar in a unique place, Petra receives the mysterious secret from the skies and...

Via Italia in Montemerano, 31, Manciano (Grosseto)
68.22 Kilometers from Sacred Art Museum of Massa Marittima
= distances as the crow flies