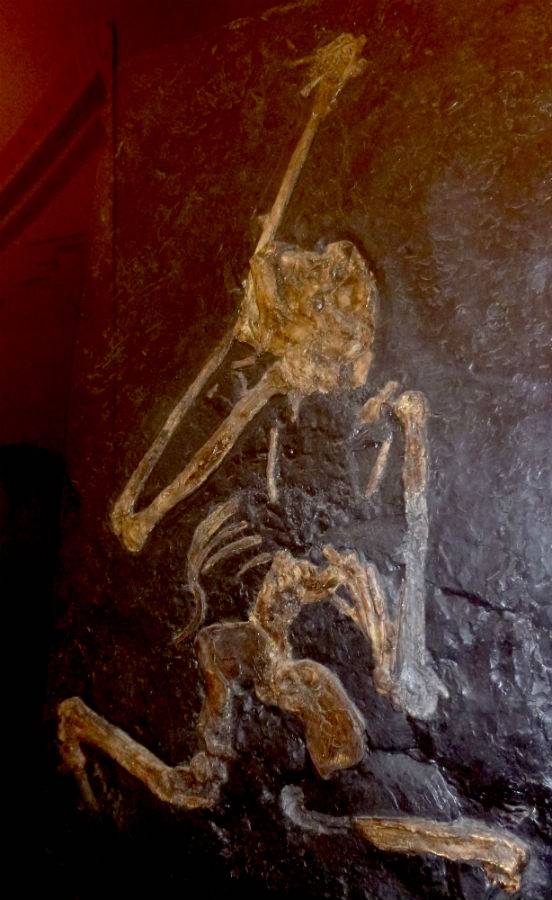 the Archaeological Museum of Massa Marittima is hosted by 1978 in the medieval Palazzo del Podestà, also known as Pretorian Palace. The visit to the archaeological museum starts from the ground floor where, passed the entrance with the ticket office and the bookshop, there are two halls dedicated to the prehistoric archeology of the territory of Massa Marittima. The first on the right, shows the exhibits dedicated to the ancient times (Palaeolithic and Mesolithic age), while the second, opposite the entrance, those of more recent periods of the passage from the stone age to the age of the metals (Neolithic and Eneolithic).

The upper floor of the museum, which is accessed by climbing the narrow staircase placed in front of the ticket office, leads to the section dedicated to the Etruscans, attested in the territory of Massa Marittima already from the IX century B.C., presumably having as its center the city of Vetulonia, at Castiglione della Pescaia. Many of the relics preserved in the museum were restored immediately after the excavation at the Archaeological Museum of Florence.

A special mention goes to the small exhibition of the Risorgimento Massa set up in a room on the ground floor to the left of the main entrance. The exhibition was set up by the administration of Massa Marittima on the occasion of the 150th anniversary of the Unification of Italy, after the 1980s, following the specialization of the civic museum in archaeological museum, all the ornaments and the historical relics since 1867 exhibited to the public were instead stored in warehouses.

Poderi di Montemerano - 58014, Manciano (Grosseto)
70.36 Kilometers from Archaeological Museum of Massa Marittima
The Garden of the historic center
in the village of Montemerano, two steps away from the Thermal Baths of Saturnia and from those o...

Località Poggio Bertino, 18, Montemerano, Manciano (Grosseto)
68.05 Kilometers from Archaeological Museum of Massa Marittima
Vecchia Osteria Cacio e Vino
Every dish is matched to a particular wine. You can taste delicious local dishes in a friendly at...

Via del Bivio, 16 - 58014, Manciano (Grosseto)
68.53 Kilometers from Archaeological Museum of Massa Marittima
Trattoria Verdiana
It is a place of simple elegance, where, in winter, you can eat in front of the fireplace and in ...