What to see in Montemerano, Grosseto, Tuscany 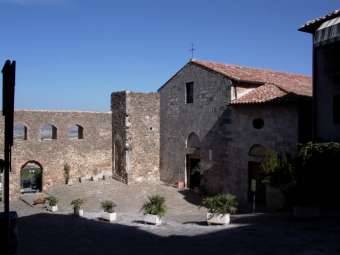 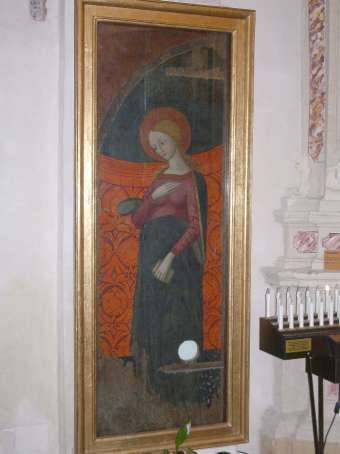 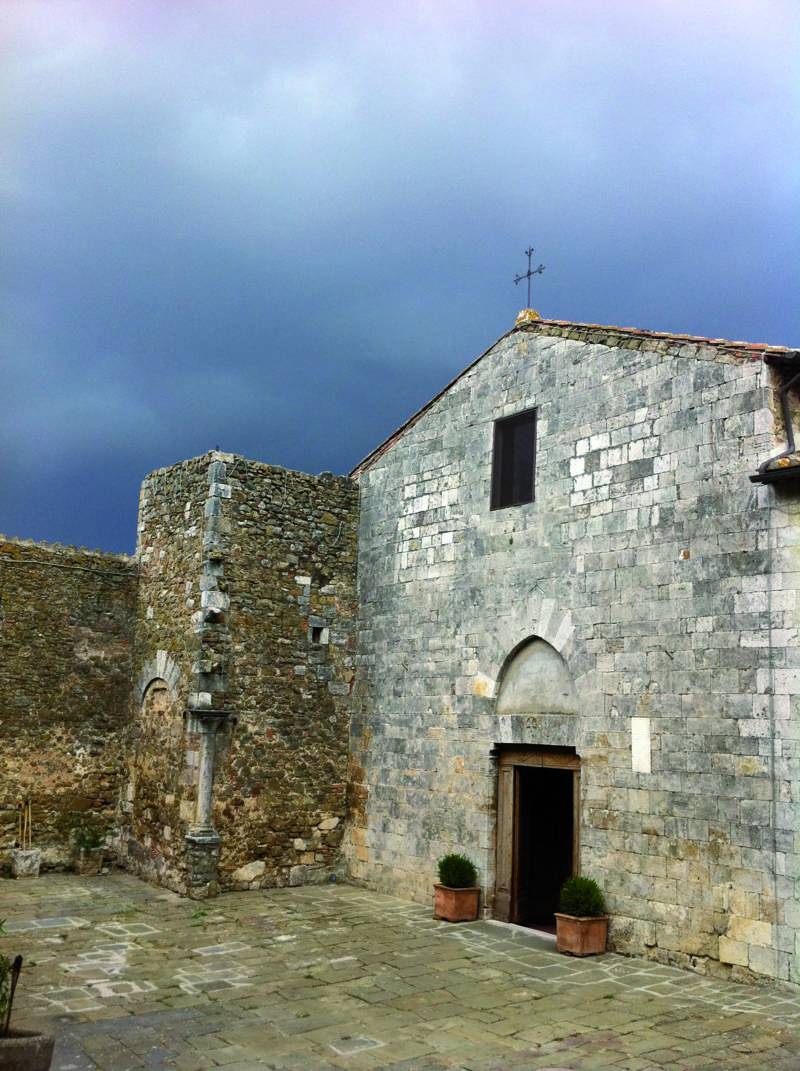 Overlooking the Church square of Montemerano, the Church of San Giorgio is flanked on the left side from the walls of the village. It was built in the course of the fourteenth century and enlarged in the renaissance with the addition of the transept and the apse (about 1430).

The church has a Latin cross with a single nave, with apse, transept and hut covering. The facade, in drafts of travertine, is characterized by the linteled portal on which rests a pointed arch, above which opens, off-axis, a rectangular window. Inside, it preserves works of art of inestimable value; on the right side of the transept is placed a bulletin board containing a series of precious objects and sacred furnishings.

In front, is placed inside a glass window the famous Madonna of Gattaiola, a characteristic painting made by an artist called Maestro di Montemerano around the half of the XV century. Have not yet been clarified the doubts if the painting was made directly on a door clearly intended for the passage of the cats, or if the table was subsequently used with these purposes by adding following the circular hole at the bottom right. A legend corroborates the latter hypothesis, narrating a pastor would have used the table transforming it into port praticandovi and the hole to allow the passage of the cats to eliminate the mice that were infesting the sacred environments.

Among other important works, stand out a polyptych depicting the Madonna enthroned with Child and Saints (1458) by Sano di Pietro, a wooden statue of San Pietro (1445 circa) and an Assumption of Mary (1460 approximately) realized both by Vecchietta, a wooden tabernacle fifteenth-century carved, gilded and decorated with figures of the Assunta and some of the angels and saints. The frescoes that decorate the walls and the ceiling of the church date back to the end of the XV century and are attributable to the Sienese painter Andrea di Niccolò; on the right side are depicted the Stories of Saint George and the dragon.

Via di Mezzo Franco, 10 Loc.Campese - 58012, Isola del Giglio (Grosseto)
57.64 Kilometers from Church of San Giorgio
Tenuta Il Cicalino
Located at the foot of the medieval village of Massa Marittima, in the picturesque setting of the...

Località Cicalino, Massa Marittima (Grosseto)
70.76 Kilometers from Church of San Giorgio
Trattoria Verdiana
It is a place of simple elegance, where, in winter, you can eat in front of the fireplace and in ...

Località Poggio Bertino, 18, Montemerano, Manciano
Vecchia Osteria Cacio e Vino
Every dish is matched to a particular wine. You can taste delicious local dishes in a friendly at...