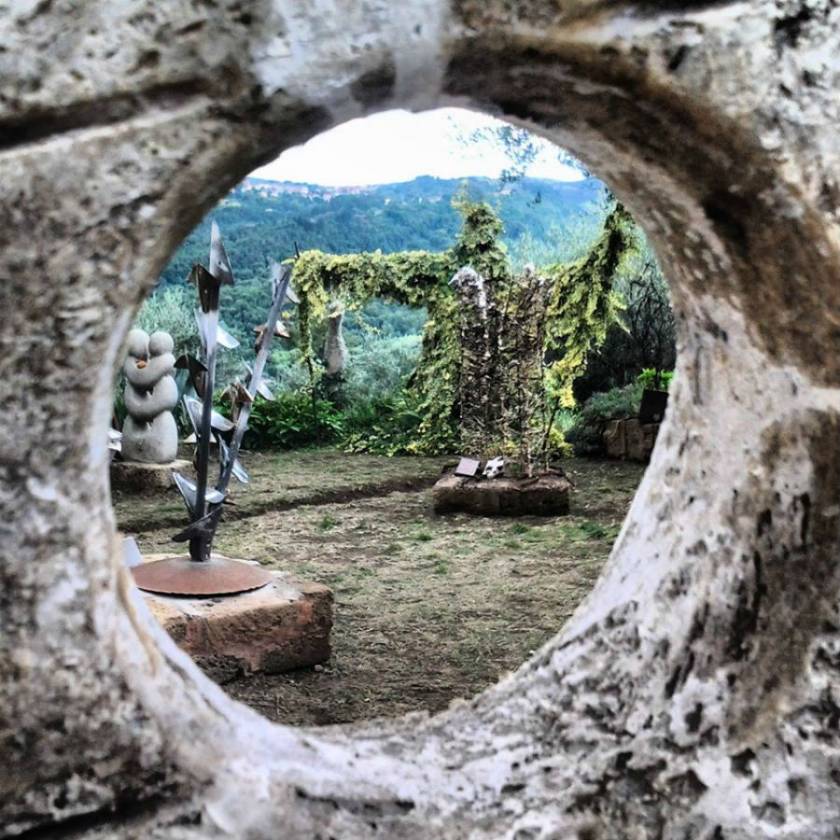 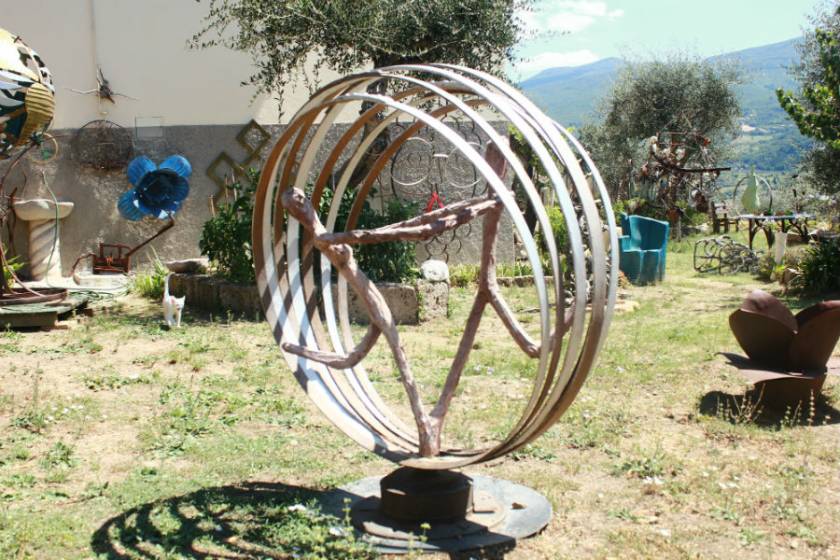 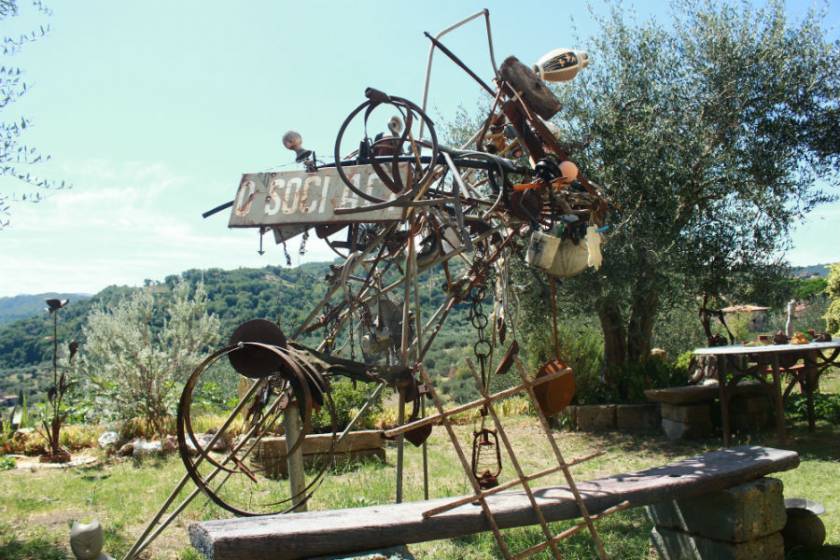 Piero Bonacina, from Lecco, transferred to Montegiovi around 1990, after having spent his youth traveling in the East and especially in India, his spiritual homeland. The sculptor autodidact, decided to settle on Monte Amiata to follow the road of the Tibetan Master Namkhai Norbu, which in 1981 had opened on Monte Labbro the center Dzog chen-of Merigar West. After you have started almost by accident, to realize their own sculptures with the most varied materials, Piero Bonacina is dedicated keenly to sculpture, decorating your home and the rooftop garden overlooking the valley of the Rivers Ente and Zancona.

The Garden of Art is located in the lower part of the village of Montegiovi, at Villa Clara, residence of the artist, in a panoramic point overlooking the valley of the Rivers Agency and Zancona (the so-called "Conca d'oro"), from which it is possible to see the summit of Monte Labbro. Is Piero Bonacina itself to accommodate the visitor and to introduce them to their works. The environment is simple, the mirror of a space lived daily: a garden with trees, where they are arranged works in the most different materials - metal, concrete, stone, wood, sandstone of Manciano, travertine Saturnia - rich in plants and flowers and cats. His works, in which it is possible to glimpse tributes to great contemporary artists such as Alberto Giacometti, Brâncuși Constantin, Henry Moore, Marcel Duchamp, are allegorical works: there is chaos, represented by a tangle of metal objects interconnected; there are dancing men in a circle; there is the representation of the human ambition, with man arrivista that tends to crush the other under their feet while reaching the summit; migrants fleeing in the Mediterranean; the representation of the life of man, represented by a panel where you can see all the stages, from children to the elderly; there is the effort, one of works more care to the artist, sculpture in cement of a man literally folded from work, or perhaps from the very existence. Another particular sculpture is that of a man with open arms, which looks toward the valley, on which the artist has been allowed to rise above the ivy, making the work suggestive. The visit continues inside the house, where is located the laboratory-atelier, with works by way of finishing and tools of the trade, and in the rooms of his home, where each space (hall, kitchen, room) is decorated with paintings and sculptures colored that make truly peculiar the residence of Bonacina.

Piazza Rosa Tiberi Guarnieri Carducci, 18,
The Garden of the historic center
in the village of Montemerano, two steps away from the Thermal Baths of Saturnia and from those o...

Località Cicalino, Massa Marittima (Grosseto)
4909.08 Kilometers from
= distances as the crow flies
Vecchia Osteria Cacio e Vino
Every dish is matched to a particular wine. You can taste delicious local dishes in a friendly at...

Località Poggio Bertino, 18, Montemerano, Manciano (Grosseto)
4878.12 Kilometers from
= distances as the crow flies
Stanghellini Oil Mill
Frantoio Stanghellini, located in Valpiana in Massa Marittima, has been a family-run business for...