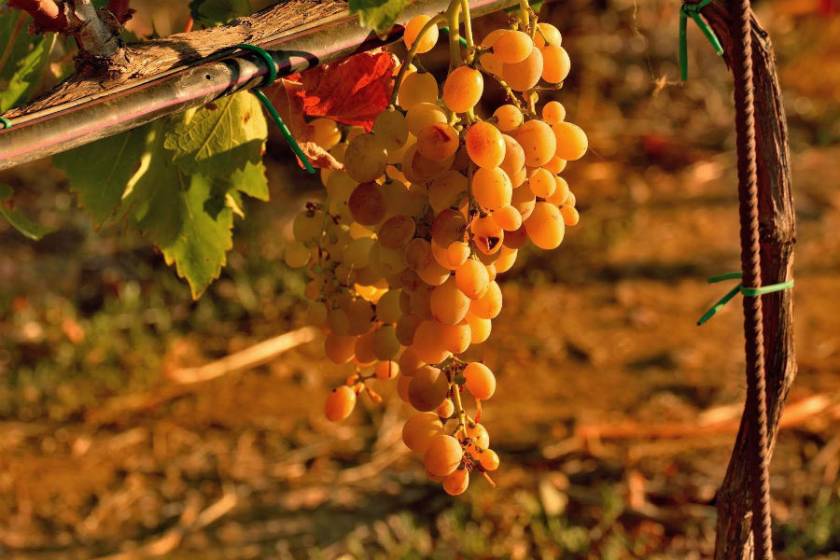 the Grape and Wine Museum is located in the central square of the hamlet of Montenero d'Orcia, near Castel del Piano, inside the premises of the old warehouses of the old farm which belonged to the family advanced by 1848 the fifties of the twentieth century, today used in good part to homes. The building is in the form of a horseshoe and considerably modified for successive restructurings that have altered the original appearance. In the square, which was at one time The Hague of the farm, is located a valuable travertine fountain.

The path is divided into two small rooms that illustrate, by explanatory panels and work tools, the history of wine and the evolution of the instruments for its production. The nine panels that compose the museum aim to inform the visitor on a variety of topics that see the wine history intertwined with the local of the Maremma and Monte Amiata. The first panel provides a few historical notes on the origin of the screw; the second on the relationship between the screw and the man, since the most ancient times; the third recapitulates the history of the Fondazione Ente Maremma and the vicissitudes of land reform; the fourth and the fifth illustrate systems both ancient and modern for the harvest; the sixth is dedicated to vines and the main species of the genus Vitis; the seventh and eighth are focused on the quality of wine up to a review of the DOC and DOCG wines of Tuscany; the last panel instead is dedicated to chestnut and oil, and their role in the power of man. Among the pieces most interesting museum is a pigiauva, Torchio to screw in oak wood donated by the Community of Petricci, dating back to the XVIII century and used for squeezing until 1910.

Strada Provinciale di Pieve a Salti , Buonconvento (Siena)
21.58 Kilometers from Grape and Wine Museum
The Garden of the historic center
in the village of Montemerano, two steps away from the Thermal Baths of Saturnia and from those o...

Via Arenile, 3, Castiglione della Pescaia (Grosseto)
51.78 Kilometers from Grape and Wine Museum
Bi Hotel
The Bi Hotel, recently restored, is situated in centre of Porto Ercole on its distinctive marina;

Poderi di Montemerano - 58014, Manciano (Grosseto)
37.42 Kilometers from Grape and Wine Museum
Il Poggio di Teo
Between the wild nature of the Maremma and the beautiful sea of the Argentario, the Poggio di Teo...

Via della Penna 1, Castel del Piano
Trattoria Verdiana
It is a place of simple elegance, where, in winter, you can eat in front of the fireplace and in ...

Via del Bivio, 16 - 58014, Manciano (Grosseto)
36.02 Kilometers from Grape and Wine Museum
Il Nibbio Restaurant
This traditional trattoria is the best place to taste local dishes of the Maremman cuisine

Via Italia in Montemerano, 31, Manciano (Grosseto)
35.89 Kilometers from Grape and Wine Museum
= distances as the crow flies