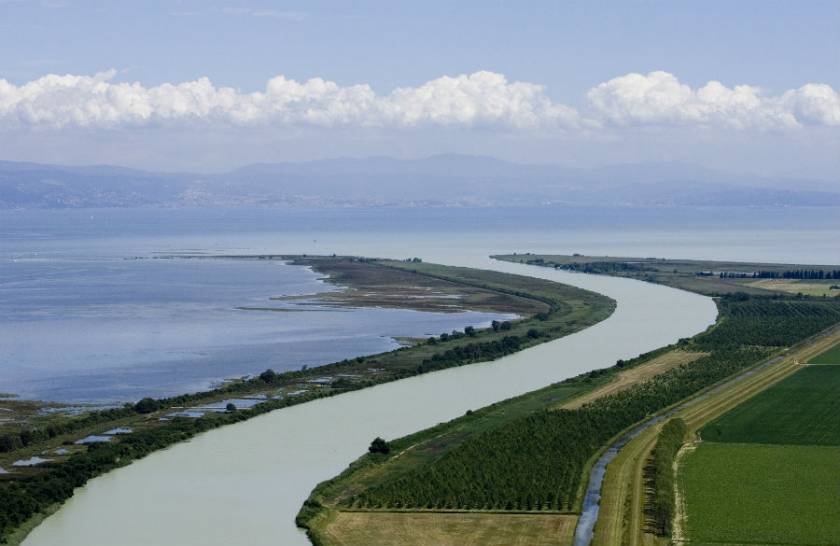 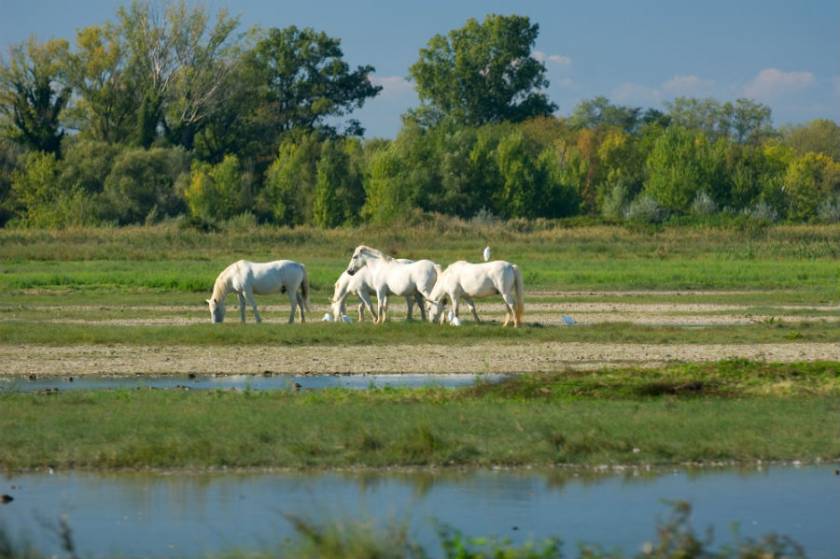 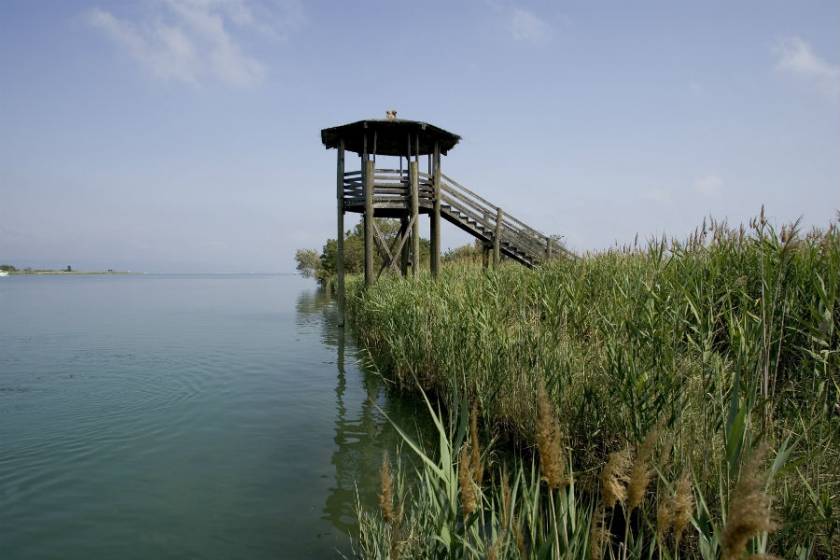 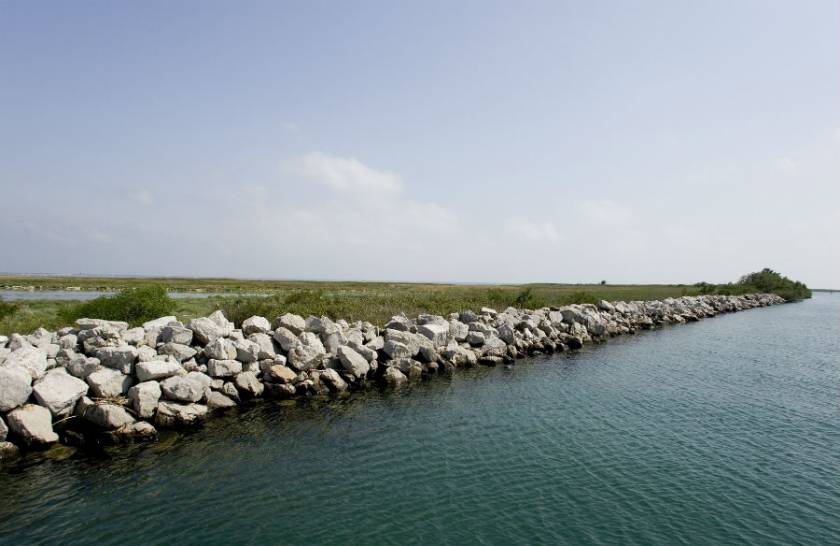 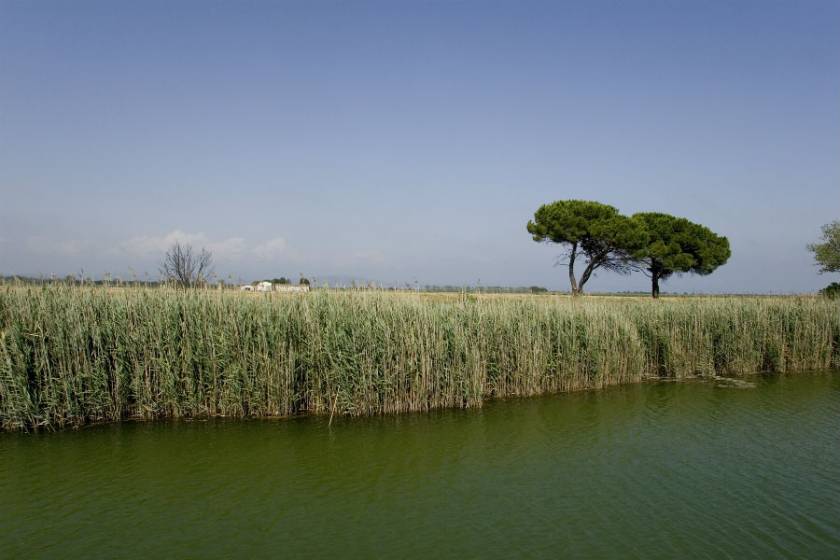 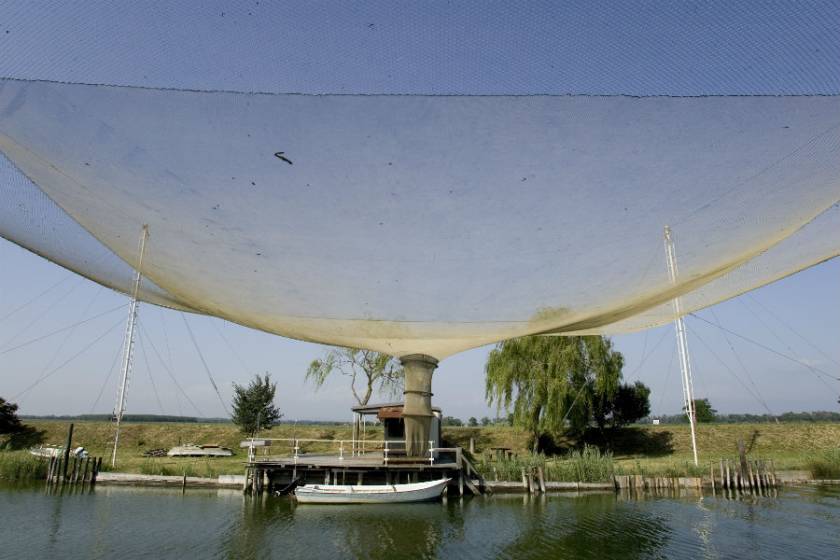 Marshes of sweet water, but also the vast wetlands salted, thickets, woods and grasslands: The Nature Reserve of the mouth of Isonzo is the ideal habitat for many species of animals and in particular for birds, resident and migratory birds. It has been recognized as the best area of Italy for birdwatching. His heart, Isola della Cona that houses the Visitor Center is one of the sites of major interest in teaching, scientific and naturalistic at international level.

The integrity of the area is ensured by constant environmental interventions and is also entrusted to the same animals as the Camargue horses that live free in reserve and contribute to oversee the development of grasslands. From its establishment in 1996, the reserve is equipped with facilities and services to welcome visitors and bike paths to allow a rapid mobility in its interior and easily reach the vantage points on the spectacular gulf of Trieste.

The Fauna
The great environmental heterogeneity, location at a point of convergence of different areas biogeographical are reflected in the presence of Community animals complex and articulated. As regards the avifauna the reserve contains large numbers of wintering Anseriformi, between which the widgeon, teal, goose lombardella; in reproductive period are present the Stilt, the Marsh Harrier And The Bee-eater, the Little Tern, Edredone and woodcock of the sea. For the herpetofauna we mention the European pond turtle and the Italian Agile Frog and between the fish the ninth and the rare Adriatic Sturgeon.

The Flora
from the point of view of floristic area of the estuaries of the Isonzo is relevant for the presence of numerous succulents typical of brackish environments and salted as Salsola Kali, Cakile Maritima, Suaeda maritima, Spergularia media, S. Marina, Arthrocnemum sp.pl. and from various species of the genus Limonium.. The area of recoveries is characterized by the presence of amphibian species and rare aquatic as minimum Typha, Eleocharis uniglumis, Eleocharis acicularis, Potamogeton polygonifolius. Along the Isonzo there are flaps of Prati Magri who retain a high biodiversity. Other important environments are the small reclamation channels that exhibit a high diversity both in aquatic flora that amphibious.

Nature Area 2000
In Reserves a portion of the grassland habitats is managed using the pasture using horses of breed Camargue and in summer the cattle breed Limousine. In the area of Nature 2000, that overlaps in large part to the Natural Reserve, there are 20 habitats of Community interest, two vegetable entities listed in Annex I of the Habitats Directive, 20 faunal entities included in Annex II to the Directive and 98 species of birds covered by Annex I of the Birds Directive.

Activities
Museum of the Visitor Center (interactive with aquariums, poster with a description of the different environments of the reserve, sensory boxes, plastic of the reserve and video projections), observers and the Museum of the Duck, Marinetta and Cioss, equestrian activity on reservation, birdwatching, excursions and guided tours on reservation or free (if within the calendar events), educational activities on reservation, excursion in canoe (on reservation with the Association in Nature to Nature), various events (all year), Organization summer camps, didactic laboratories.