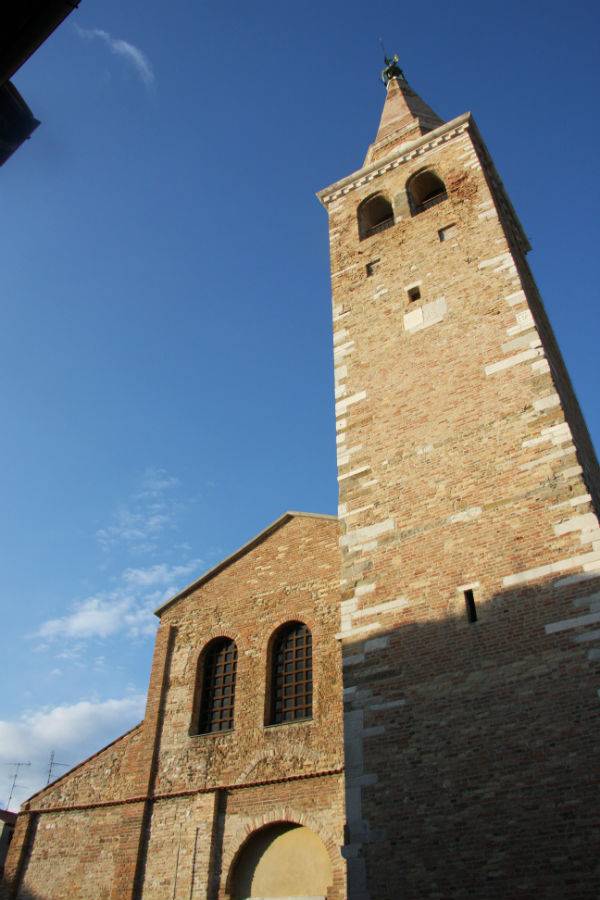 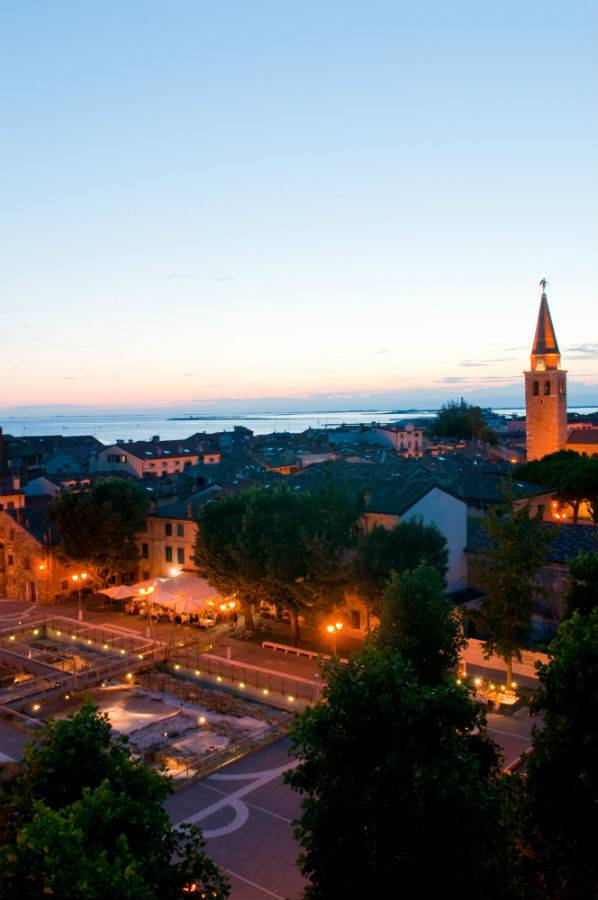 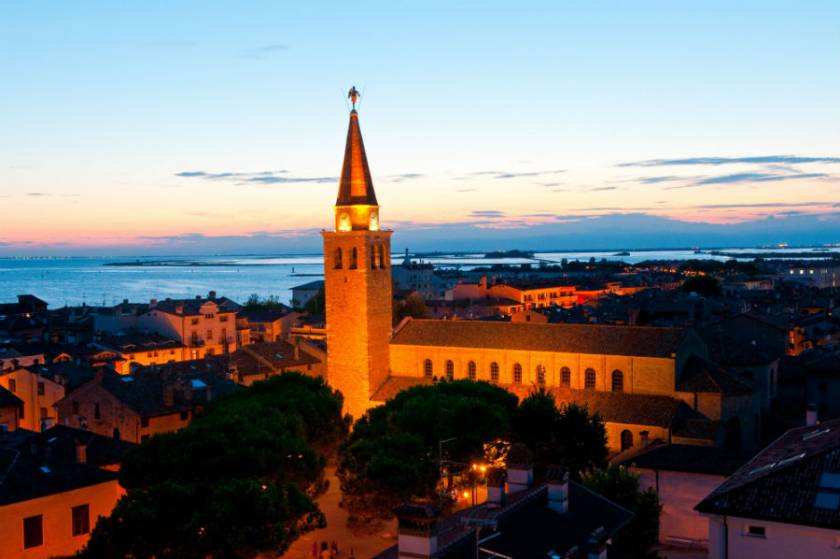 Nearby you will also find the giravento of fifteenth-century bell-tower characterized by Anzolo San Michele, which represents the symbol of Grado, the Baptistery, the Lapidary Museum and the Basilica of Santa Maria della Grazie, the oldest of the entire village. The origins of the basilica are very ancient. In fact, from the IV century already existed the "basilichetta Petrus", on which Nicetas established the foundations for a new church in the first of the V century. The new building was finished in 0579 by Bishop Elijah that, now firmly resided in Grado. Elijah dedicated the basilica to protomartyrs aquileiesi Ermacora, Fortunato and Eufemia (martyr of Chalcedon), in such a way as to reaffirm the full fidelity of the Church of Aquileia to antiariane resolutions of the Council of Chalcedon.

The interior of the basilica is structured in three naves on columns with capitals that govern the arches. In the apsidal basin you will find a large fresco depicting Christ in a mandorla, surrounded by the symbols of the Evangelists, the Madonna, Santa Ermacora, from San Giovanni Battista and San Fortunato. Above the altar will not be difficult to identify the blade of gilded silver, masterpiece of goldsmith veneziana, Donato Mazzalorsa. You'll be captivated by the pulpit of the XI century, supported by six columns with leafy capitals covered by reliefs depicting the symbols of the evangelists and a cross. The pulpit is also covered by a dome of Foggia moresca On trefoil arches curved inwards (very probably an addition of the gothic era).

In the left nave you can appreciate the "trichora", cell from a form similar to the chapel of San Marco, while in the right aisle the mausoleum that preserves original parts such as brick vaults and the mosaic in which stands out the monogram of Elijah (HELIAS EPISCOPUS). The wall is walled safe guarding the treasure of the Duomo. Thanks to the recoveries made during the years you can also take thou also unto the journey of catecumene through the floor mosaics, where you will also find a mosaic representing the "Castrum of degree".

The floor of the Cathedral is very similar to the stylistic canons Byzantines (schematic geometric and), the reason most illustrious is that of the underwater wave. The Mosaics have also a significant value, proven , by approximately 40 inscriptions commemorating , the name of those who contributed to the expenditure for the realization.