The Church of Santa Maria Assunta

What to see in Vieste, Foggia, Apulia 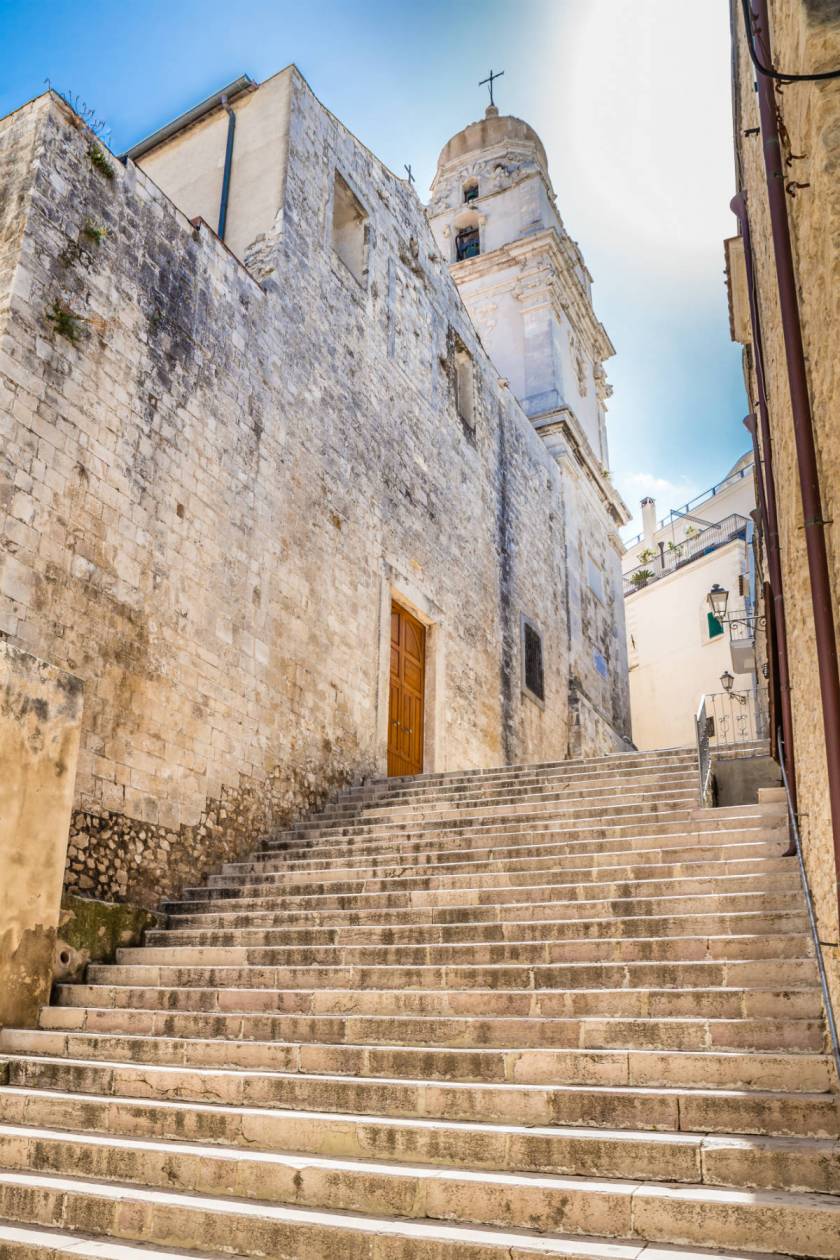 The duomo of Vieste was built in the XI century and is situated in one of the highest areas of the village, surrounded by buildings less high. Its typical plant of the Apulian Romanesque finds himself in perfect harmony with the bell tower of the church, not particularly slender, but cleverly designed in Baroque style after a collapse in 1772.
The Church, the Basilica with three naves, bears traces of continuous adaptations superimposed over the centuries. Overall, there remains very little of the original structure medieval.
As the other cathedrals of the area, is dedicated to Maria Assunta. Has a Latin cross plan with three naves divided by columns of different styles and transept.
The presbytery is dominated by a large canvas of Luigi Velpi (1779) depicting the Expulsion of the sellers from the temple; the main altar dates back to 1769 and is flanked by an eighteenth-century wooden crucifix; crowned by the Presbytery Choir of the Seventeenth Century.
The eighteenth-century ceiling painted in tempera is embellished by three paintings depicting the Virgin Mary assumed into heaven, to which it is entitled the basilica, San Giorgio, protector of Vieste, and San Michele Arcangelo, patron saint of the village.