Sanctuary of the Madonna of the Libera

What to see in Rodi Garganico, Foggia, Apulia 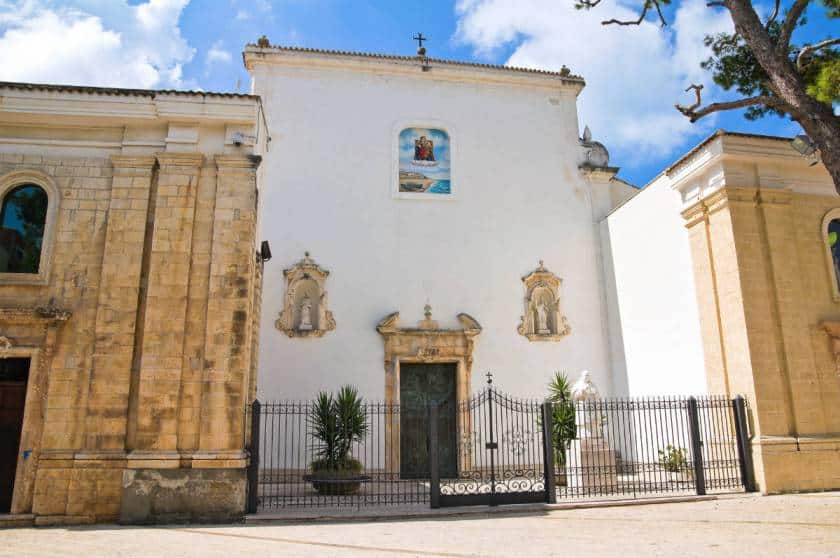 the sanctuary, for over 30 years, is the place where for centuries it venerates the picture of the Madonna of the Libera. In origin abbey extra moenia (outside the walls), the shrine was subsequently incorporated into the fabric of the historic center in response to various urban expansions. The construction of the same is connected to the need to expand the chapel has become insufficient to accommodate the growing number of the faithful. The central nave dates back to the beginning of the Eighteenth Century. The architectural style is an Apulian barocco.

The high altar, marble, dates back to 1873 and thereon is placed the icon of the Madonna of the Free. Painted on the table, it portrays the Virgin Mary sitting on a throne with, on the womb, the child who plays with a dove retained by wire, while the right hand of the Virgin, blessing, you lever doing a glimpse on the palm the sign of the cross. The table is not signed, is assigned to the school gothic Venetian-and probably dates back to 1400-1450. In the Shrine, moreover, are conserved four paintings of 1700 of the Neapolitan school and the sacred stone on which rested the Virgin.

Patronal Feast of the Holy Virgin of Libera and San Cristoforo