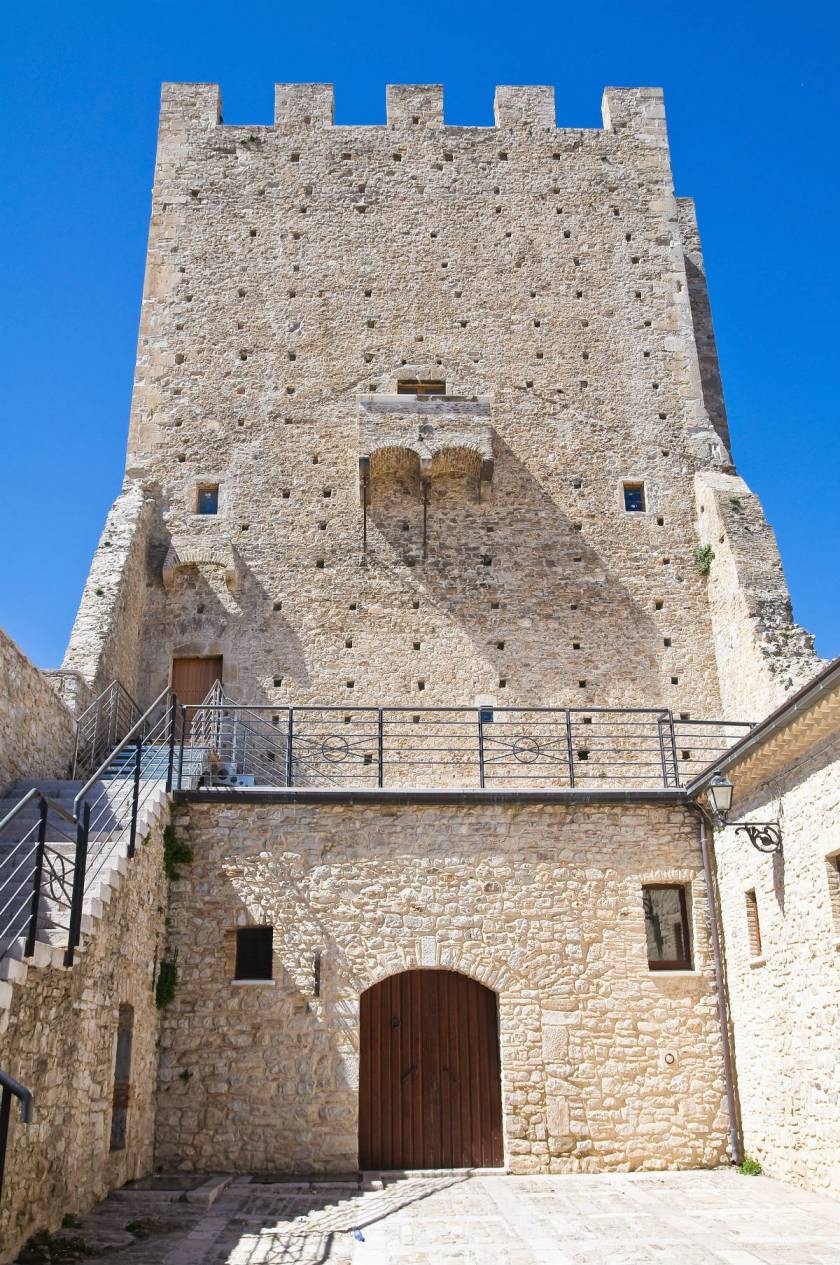 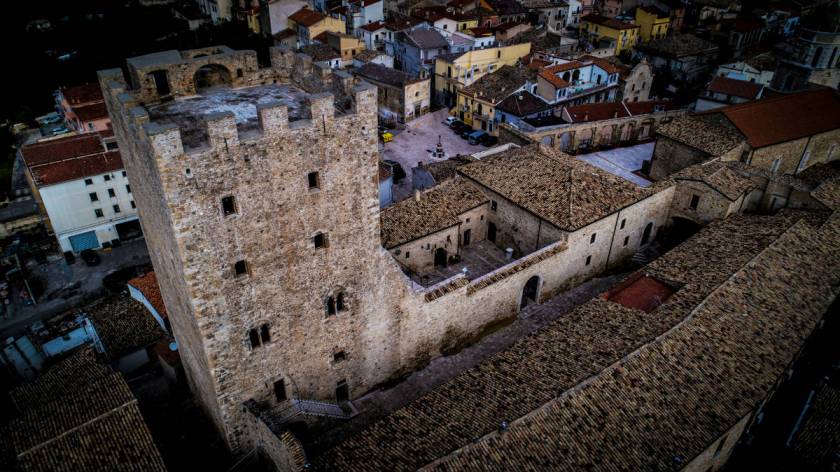 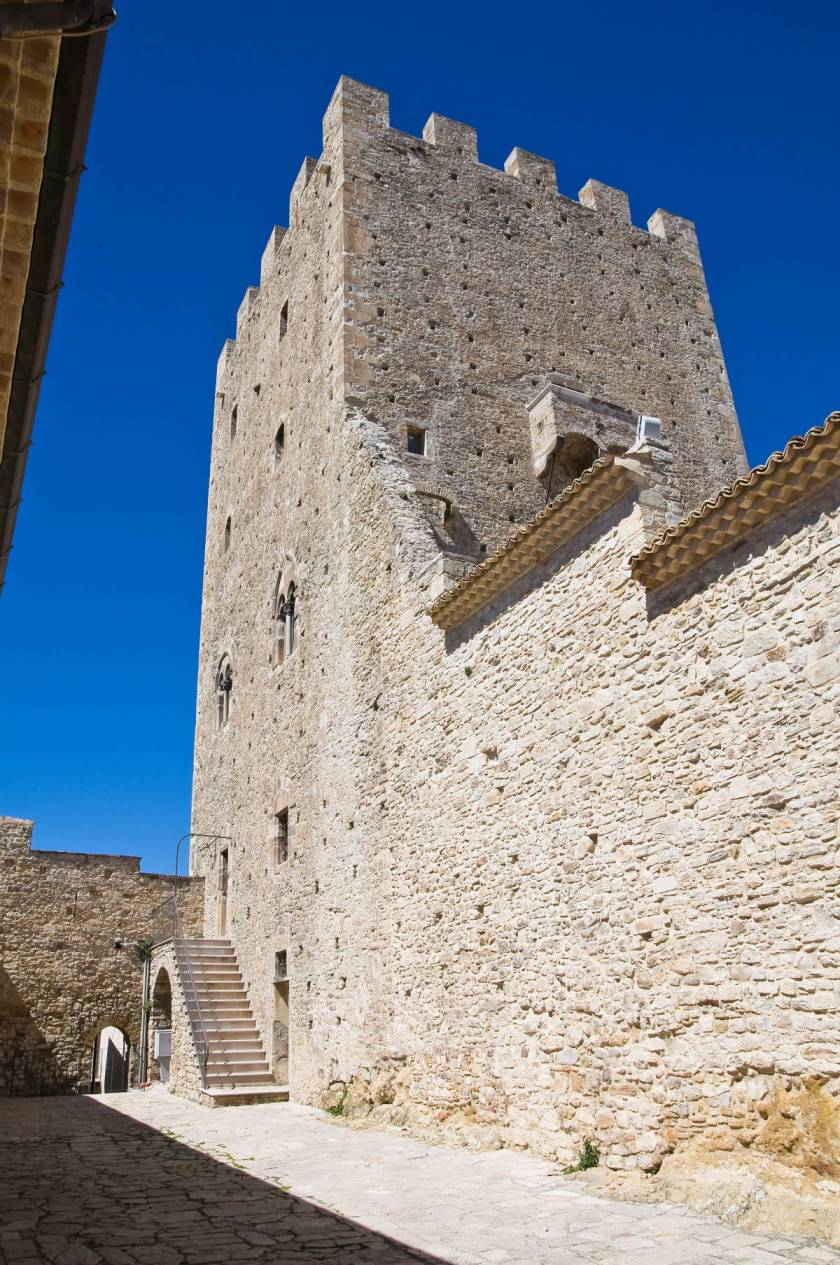 Based on the territory of Pietramontecorvino, as a sign of their power and according to a defensive policy different from the Byzantine, the Normans, went to a territorial clamping with the fortification, whose type you rifaceva architecture roman military. One or more bodies are rested on the walls with quadrangular towers: typical example is that of the stone castle where the two towers (of which one will keep only the part basement, then used as stables) are part of the boundary walls. The stone tower was rebuilt in the epoch of the late-Angevin and rises to approximately 40 m. from the ground. The Tower was nuclear physicist, certainly, for military requirements, as architectural element is essential in the castle. It consists of two architectural styles that correspond to the two phases of construction: the lower part of Norman, the upper late-Angevin adorned by Guelph merlons. In this perspective you include the role and the position of the tower: the last chance to find shelter. The tower, which had military functions and prison, was also, at least in some plans and for some periods, an elegant dwelling worthy of the nobles of high rank. This is demonstrated by the two beautiful gothic mullioned windows that open on the south wall, in correspondence to the internal division of the tower in two large compartments. These windows are of a special grace: delicate columns with capitals decorated with floral divide the opening in cloves with trilobi arches. The graceful verone (balcony) is a structure made of bricks, with an edge in gray stone, placed on two shelves of stone. Inside the tower, some elements have survived: traces of fireplaces, trapdoors, stone seats and pillars of the windows, beams and a series of balconies that allowed to disengage the various planes, a spiral staircase composed of 116 wooden steps which, starting from the first floor, climbs up to reach the coverage plan, the terrace with the Guelph merlons that concludes in high construction with a touch of lightness and brightness. These expedients allowed a few people to resist effectively to numerous troops. From the top of the tower you can enjoy a wonderful panorama. It dominates, from a higher place, the entire village of Pietramontecorvino.

The Most Holy Mary of Constantinopoli