What to see in Montefioralle, Firenze, Tuscany 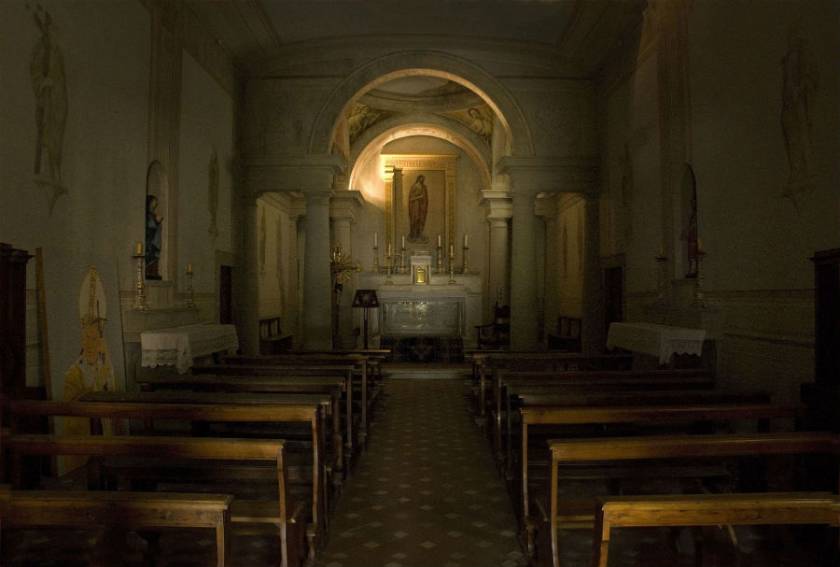 The Parish Church of San Cresci is located near the village of Montefioralle, in Tuscany, and is entitled to one of the most important Florentine evangelists. The parish church dates back to the XII century. The most interesting part is the lower section of the facade of the Romanesque period, constituted by two mullioned windows and is decorated with a pattern dicromico in archivolts. Its striking exterior makes it a church extremely rare in the context of the romanesque architecture in Tuscany. In the fifteenth century there was a porch added, whose columns are surmounted by capitals cubic pulvinar and a hanger. Lively is the game dying of the facade with the combination of white stones of alberese and the red terracotta bricks that delimit the portals and windows. On the right side remained part of the basement original bell tower, today replaced by a simple bell gable.

The interior of the church is instead in a sober baroque style. The church is composed of a single nave covered by a barrel vault lowered and without windows. Both the walls and the ceiling are decorated with monochrome frescoes of geometric invoice; on the walls are also depicted, with trompe l'oeil some statues of saints placed on shelves. In the terminal part of the nave there are two lateral altars marble, each surmounted by a niche containing a wooden statue depicting this which the altar is dedicated; the statue of the altar on the right is of the Sacred Heart of Jesus, that of the altar on the left, instead, is of Our Lady of Sorrows. The nave terminates with the apse with a rectangular plan, covered with dome devoid of the drum and put into connection with the rest of the Church through a Serliana resting on two Tuscan columns. The high altar is in marble. Some works of art already present in the church have been collected in the Museum of Sacred Art of Greve. On the chancel in the inner facade, is located the organ, built in 1865 by Nicomede Agati.