What to see in Tavarnelle Val di Pesa, Firenze, Tuscany 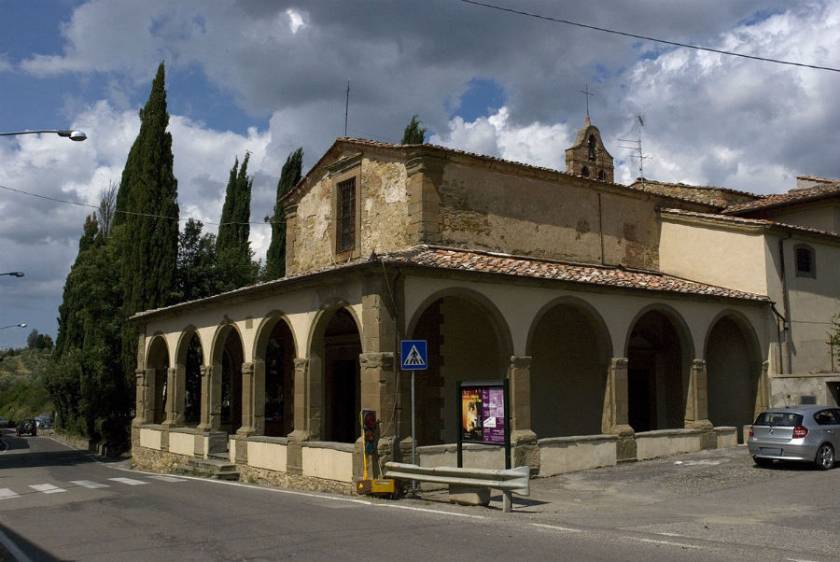 the sanctuary of Santa Maria delle Grazie of Pietracupa is considered one of the most balanced testimonies of religious architecture lower levels placed in the Florentine countryside to be placed in that vein mannerist born from the experiences of Giorgio Vasari and Bernardo Buontalenti.

Toward the end of the XVI century had run the voice that the image of the Madonna kept in a tabernacle on a wall of a house located at the intersection between the old Strada Regia Romana and track of Panzano for Sicelle had made of miraculous healings. After that the miracles were subjected to a canonical examination began to think of building a shrine, meanwhile the painting was protected by a canopy and a fence. It was decided to make the sanctuary in a flat land that was granted by the brothers Naldi, which were also the patrons. For the erection of the sanctuary were appointed to the pievani of San Donato in Poggio and Campoli and on 17 September 1596 the construction of the church began.

The church is a building with a single hall at the end of which in the presbytery there are two chapels on each side and the choir placed over the terminal wall behind the high altar. On the left side is placed the bell tower which has a sleek profile and is open from three fornices on two levels. Externally runs a portico with arches supported by pillars ornamented with pilasters and covered with a roof; access inside by a portal on the façade, flanked by two openings with prie-dieu in stone, and by two portals most small symmetrically placed on the walls of the presbytery. The whole of the Church appears as a coherent style dating back to the XVII century. Very rich appears to be the area of the presbytery where it dominates the pietra serena with that were made the arches of the chapels and the access doors to the choir. The coverage of the nave was made with wooden while the chapels are covered by a vault. Very accurate is also the illumination of the interior which receives light from the facade, through small openings placed placed at the sides of the portal, and from the side walls of the chapels.

Inside, in correspondence of the main altar, the sacred image of the Madonna with the Child of Paolo Schiavo fresco inserted at the center of a canvas of about 1600, made from Passignano with the representation of Saints Peter, Donato, Lorenzo, and the Archangel Gabriel, at the sides of the altar are two tabernacles-reliquaries with doors painted at the beginning of the Seventeenth Century. The altar right side we find a painting of the early XVII century depicting the Virgin that Appears to San Carlo Borromeo mind in the altar from the part opposite the canvas of the Crucifixion with Saints Jerome and Francis, work signed and dated 1609 Cosimo Gamberucci; on the sides of the presbytery is placed a pair of angels holding candelabrums also in polychrome wood of the end of the Sixteenth Century. In the side chapel on the left there is an urn of Peter Bonaventura Gherardini dated 1742.