What to see in Torre di Palme, Fermo, Marche 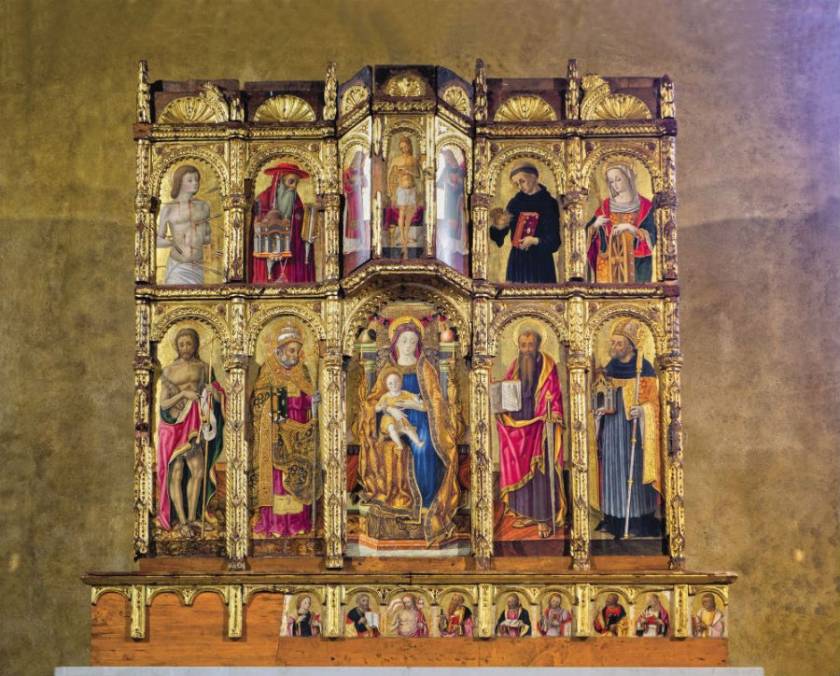 The church preserves a valuable polyptych by Vittore Crivelli. Stolen in 1972, it was later recovered and restored, even if three sections of the predella are missing. A profusion of enamelled colors, enlivened by the gold of the backgrounds, defines the iconic images of the saints deployed on two orders at the sides of the throne on which the Virgin and Child sit. The original frame in carved and gilded wood still unites the various painted panels, forming a coherent whole, spatially scanned according to the relaxed and calm rhythm that reaffirms the melancholy tone of the faces. No longer recovered after the theft suffered in 1921 is instead the polyptych of the Jacobello di Bonomo, a rare representation of the intense relationship between Venice and the Fermano.

Piazza Amedeo Lattanzi, 4, 63900 , Fermo
Agriturismo La Campana
An eco-friendly entity in a wonderful village among the gentle hills of Piceno.

Via Palmaroli, 15 , Grottammare (Ascoli Piceno)
16.92 Kilometers from Church of Sant'Agostino
Attico sul Mare
Born from the passion for good food and the desire to make unique every our special moment.