What to see in Roccascalegna, Chieti, Abruzzo 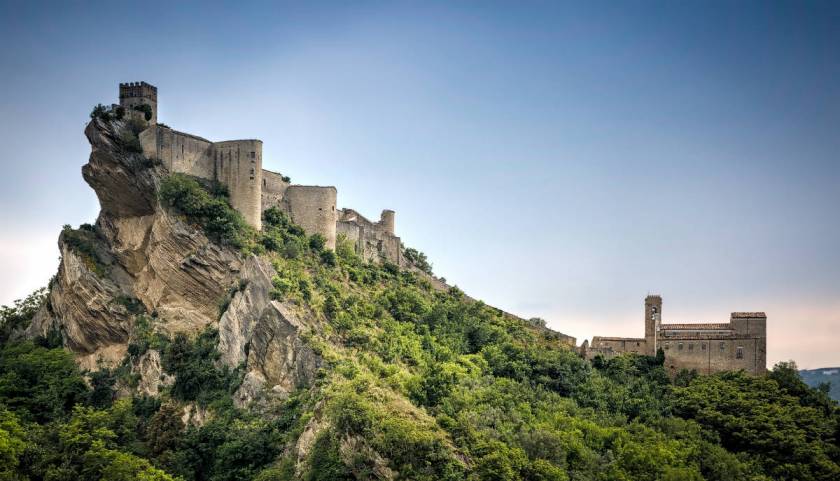 the Roccascalegna Castle is placed on the top of a rocky projection, in a dominant position on the town, has old foundation and subdued numerous added between the sixteenth and seventeenth century. After the restoration works done in the last years of the Twentieth Century, the castle is again visited. It was built toward the XI-XII century when it was enlarged a simple turret from Guardia of Lombard origin. The first mention of the castle dates back to 1525 when it tells the story of restoration of the castle itself. In the sixteenth century walls riedificate are higher than the previous ones but without battlements. During the domination of the Annechinis were strengthened the existing towers and it was added a circular in shape.

Through a steep staircase that extends from the floor of San Pietro and formed by the inclined terraces on the rock, you arrive at the entrance where the remains of the drawbridge. At his right hand there is a tower called Torre di Sentry. The courtyard leads to other towers: the tower of the prison and the Angevin tower as well as the chapel with a gutter for collecting rain water that flows in a tank made with materials of results. A further ramp leads to the watchtower built with stonework sbozzata and bricks with openings on the four sides. The castle walls surround the rocky spur overhanging. The walls are as high as the towers and are realized in stone sbozzata slightly, pebbles and fragments of bricks. The chapel was to house only and without any ornament. 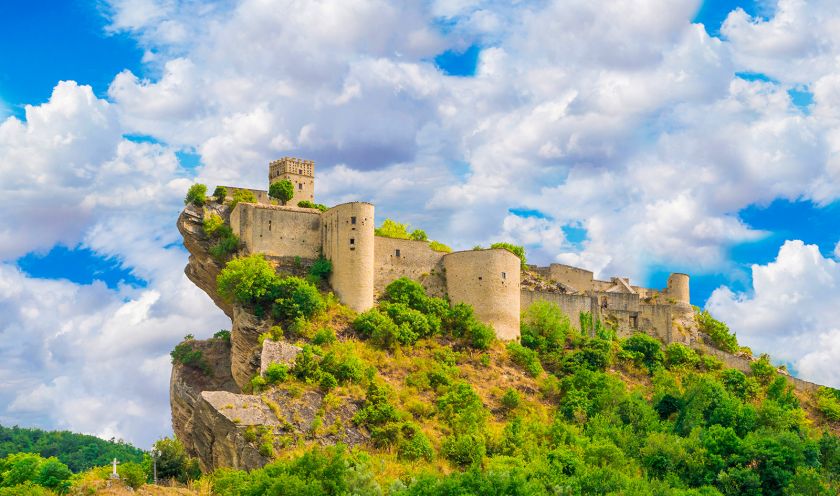