Abbey of St. John in Venus

What to see in San Vito Chietino, Chieti, Abruzzo 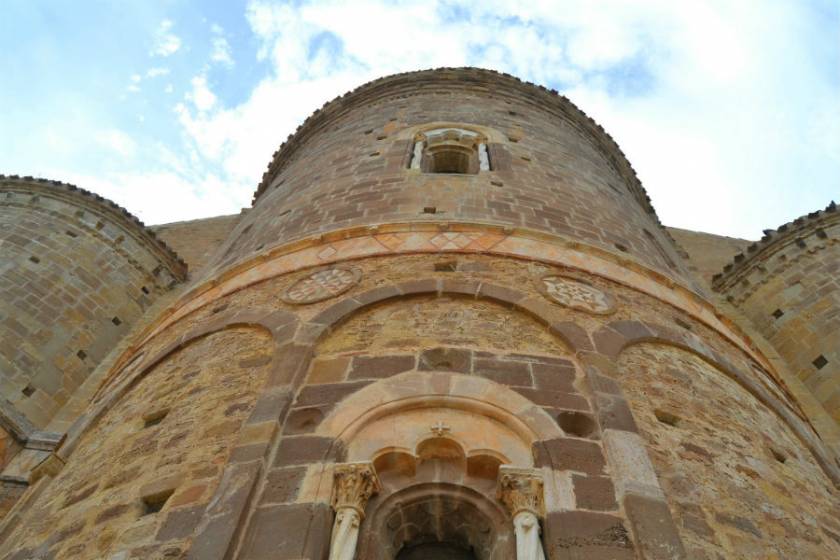 the monastic complex of St. John in Venus, in Fossacesia dates back to the XIII century. The location is very panoramic, overlooking a large portion of the adriatic coast. The Church has the classic structure of the basilicas of Cistercian style, with three naves separated by ogival arches and wooden ceiling. The main facade presents the portal of the moon, in white marble. On the south side you will find the portal of women (which is what is commonly used) and the campanile cropped. Opposite to the main facade, are three apses, the decoration of which arches and mullioned windows reveals a certain taste their Arabian. Under the main altar is the crypt, where you can appreciate the Roman colonnade.

The reference to Venus derives from a tradition that identifies a pagan temple on the site of the current church (a temple, according to some, built in 80 BC and dedicated to Venus Conciliatrice). The only track of this temple would have remained in the toponym Portus Veneris , which designated a landing place at the mouth of the river Sangro during the byzantine age. A second reference to Venus is given by the fact that under the Abbey is located in the so-called source of Venus, roman fountain where according to tradition paganeggiante subsisting until the middle of the twentieth century, women who wished to conceive a son went to draw water flowing forth from the same.

Since 1954 there has been established a community of the Passionist Fathers.

Contrada Portelle 77,
B&B Le Zagare
The Bed & Breakfast Le Zagare is located in San Vito Marina, in the locality Portella, in one of ...

Contrada Portelle, 70,
House Hotel Tiroasegno
In Lama dei Peligni you can stay at Casa Albergo Tiroasegno, in the heart of Majella National Park.