What to see in Trivento, Campobasso, Molise 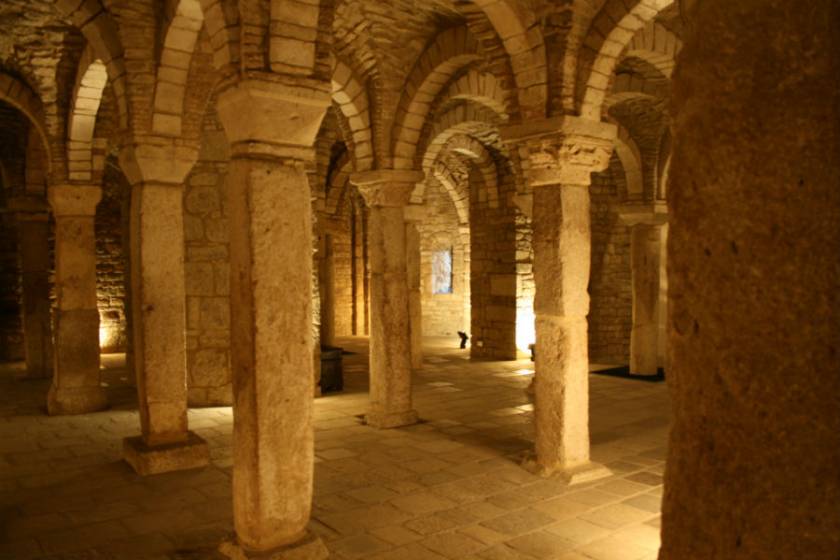 the cathedral has very ancient origins, built on the ruins of a pagan roman temple. According to a legend, was for intervention of Sant'Ambrogio that the heads of the Saints Nazario and Celso were translated from Milan to Trivento in 398. The current building dates back to the XI century. A plaque today located in one of the internal pillars near the entrance attests the consecration of the cathedral on 15 May 1076 and his dedication to the Saints Nazario and Celso. The Church then underwent several restorations, in particular in the Baroque era and in the Eighteenth Century.

The facade, in neoclassical style, is of 1905; it opens, at the bottom, a portal with the frame and the eardrum, while in the upper part is a mosaic enclosed in a frame. The facade is flanked by a bell tower.

The interior of the building has three naves divided by pillars that govern round arches; and it is embellished by eighteenth-century stuccoes. Always of the XVIII century is the high altar (1743), the wooden choir and the cloths that are found in the presbytery.

Of particular historical value-architectural heritage is the crypt, dating back to the XI-XII century and dedicated to Saint chaste. A roman inscription at the base of a pillar with the dedication to Diana suggests that the crypt was built on an ancient Roman temple dedicated to this divinity. The environment is divided by columns in seven small naves; is also enriched by the presence of the frescoes of the XIII century by a wooden statue of the Madonna on the throne and a stone bas-relief depicting the Trinity between angels and dolphins, in the same period. Recent excavations have allowed us to bring to light the ruins of a baptistery.

Restaurant Antichi Sapori
Via Alighieri, 10 - 86095, Frosolone (Isernia)
20.96 Kilometers from Cathedral of Saints Nazario, Celso and Vittore
Osteria del Borgo
The Osteria del Borgo is located in the historic center of Larino, in Molise.