What to see in Sant’Agata de’ Goti, Benevento, Campania 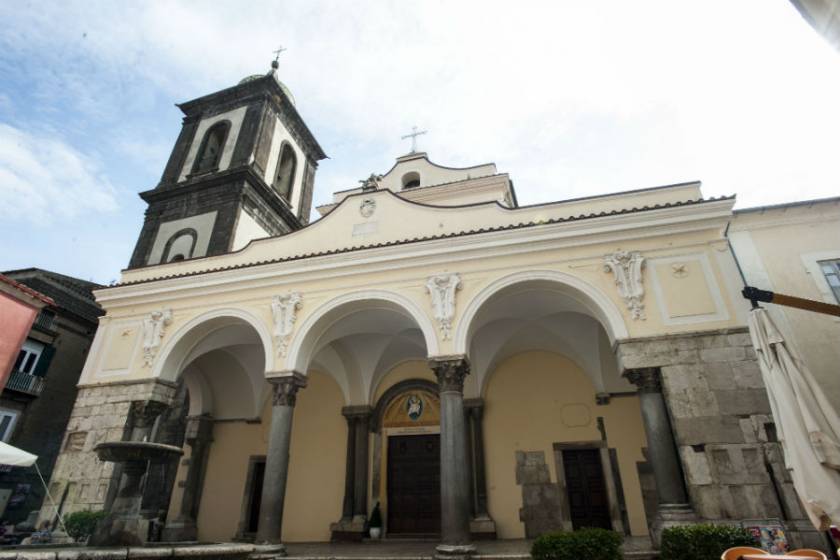 the external layer is constituted by a large pronaos with three spans governed by twelve columns with capitals of carryover. The main portal is in Romanesque style, similar to that of the church of S. Menna, has at the two sides two pairs of columns with capitals in Corinthian style. In the seventeenth century were added the Baroque stuccoes. The interior has a Latin cross with three aisles, a transept, dome and the presbytery. In the side chapels are site valuable works of art are framed by Baroque stuccoes and having altars in polychrome marbles.

The ceiling of the central nave is in wooden tables painted and gilt opera of the XIX century while the high altar, retracted with respect to the original position, is in polychrome marble inlaid. Under the transept is the Romanesque crypt, where the many times are based on columns of carryover while the walls are visible traces of frescoes.