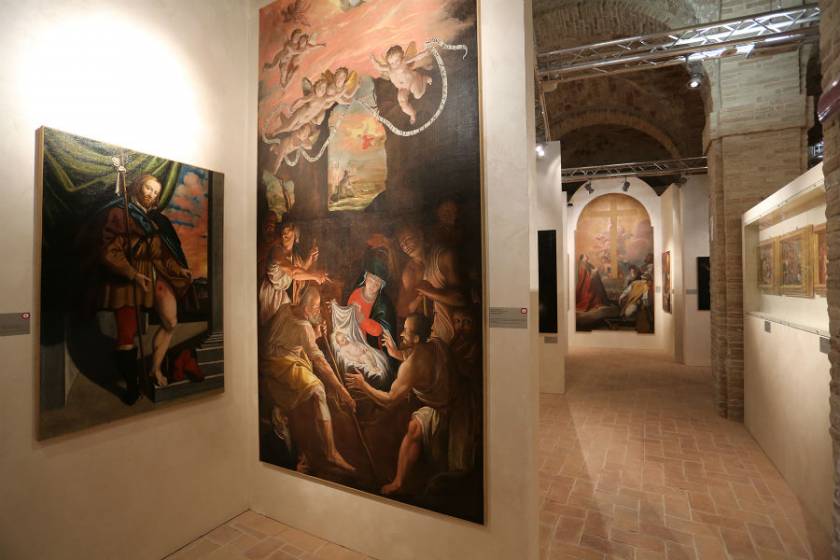 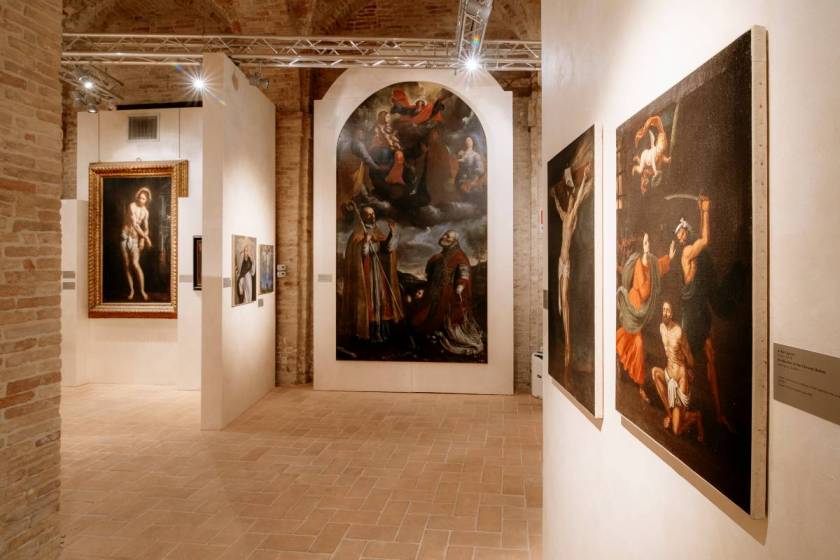 the Claudio Ridolfi Civic Art Collection of Corinaldo is hosted in the rooms of the former Augustinian convent. This is an imposing eighteenth century complex which has incorporated the first church in the historical center, born together with the walled village around the 1200, the church of S. Nicolò.

Staged in these spaces from 2012, the Pinacoteca Civica collects mainly works of sacred art ranging from 1500 to 1700. Among the various artists are Ercole Ramazzani, Domenico Peruzzini, Giuseppe Marchesi but to stand out on all is certainly Claudio Ridolfi, to which the museum is titled: Venetian painter who moved in the Marches, precisely at Corinaldo.

Besides the paintings, this Pinacoteca retains some small treasures such as the busts seventeenth-century reliquaries, probably the work of a Neapolitan woodcarver who worked in Sicily, brought at Corinaldo by Fra Bartolomeo Orlandi, prior Augustinian. With the reliquaries traveled also a wonderful illuminated parchment which attests to the authenticity of the relics, exposed together with devotional objects. The museum also contains a section of contemporary art dedicated to Nori de Nobili, painter born in Pesaro in early 1900 and who spends part of her childhood in the territory of the province of Ancona, in Ripe.

Via Caracciole snc, Fossombrone (Pesaro e Urbino)
16.93 Kilometers from
Cà le Cerque
A lovely villa nestled in the typical hilly landscape of the Marche region in the village of Foss...

Via Antonio Cecchi, 12, Fossombrone (Pesaro e Urbino)
17.21 Kilometers from
B&B Casa Sponge
B&B Casa sponge is a small corner of tranquility and art immersed in the hills around the Pergola...

Loc.tà Piano di Rocchetta, 12, Genga (Ancona)
21.63 Kilometers from
Cupramontana-Accoglie
A tourist information centre that aims to be at the disposal of visitors who want to spend happy ...

60034, Cupramontana (Ancona)
23.41 Kilometers from
Cupramontana-Accoglie
A tourist information centre that aims to be at the disposal of visitors who want to spend happy ...