The third photo contest of Yallers dedicated to the villages was concluded. Here are the winners of the autumn season and the interview with the first classified 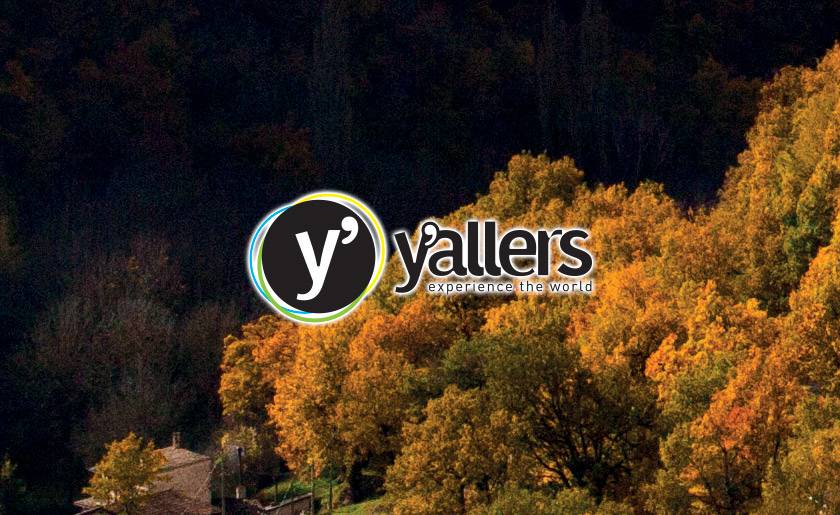 Autumn: a season that certainly does justice to the villages and makes them even more fascinating, tinging them with the bright colors of yellow and red, filling them with colored leaves, and giving that touch of melancholy that never hurts.

Many, many photos have flooded our Instagram and Facebook feeds in autumn: almost 7,000 photos posted, images of villages from all regions, places to discover and visit. Have a look at the gallery on the official hashtag of the contest #autunnoneiborghi2017 and you will be amazed. 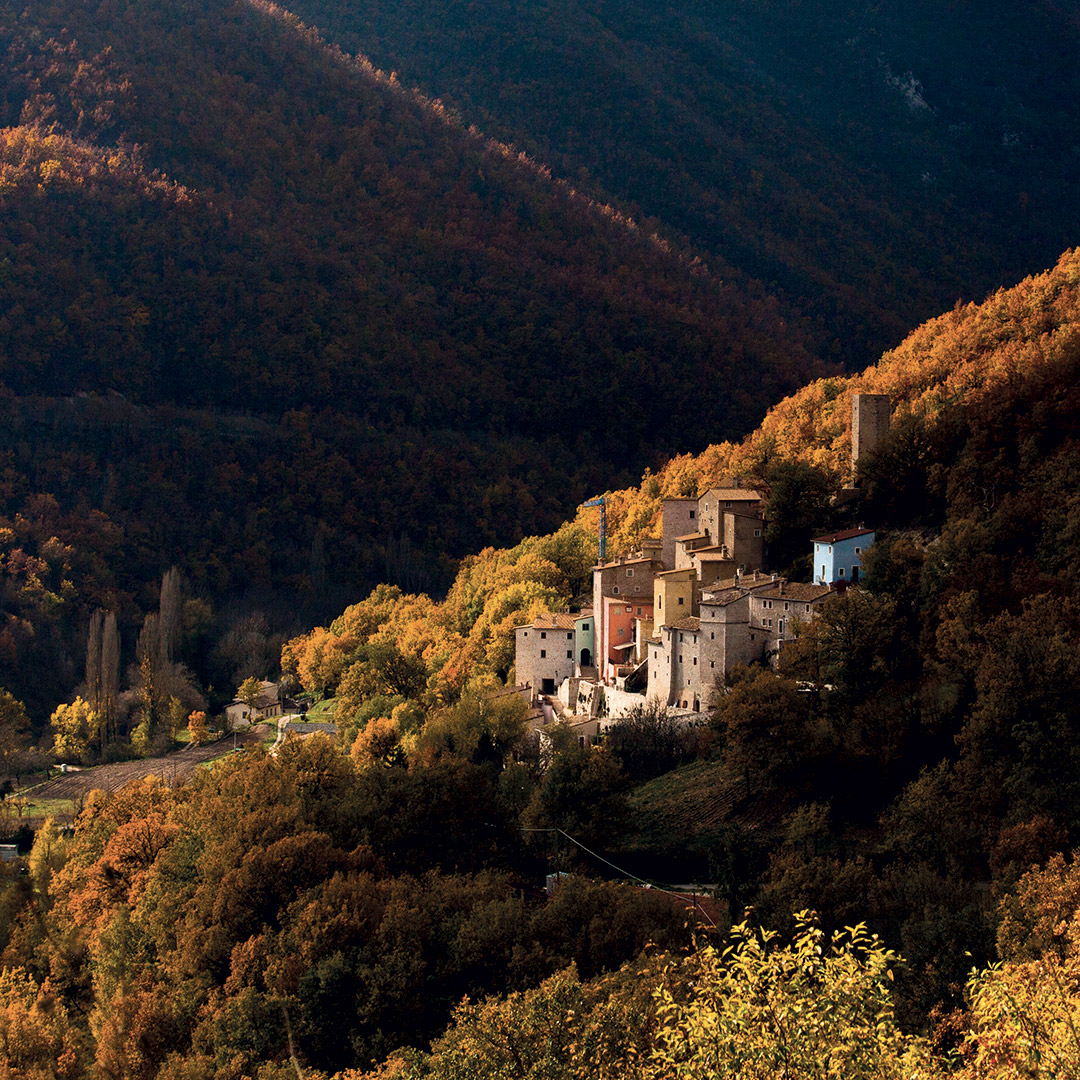 The winner shot takes us to central Italy, in Umbria, as we know, full of beautiful villages. A shot that sees the village of Postignano immersed in autumn nature. The beautiful photo was taken by Laura Fortunato, name on Instagram @_archi.la_ that tells us so:

"The photo portrays Postignano, a beautiful medieval village surrounded by the nature of Valnerina and entirely recovered after the earthquake of 1997. The shot was born of jet, when I saw the light that hit the village and designed the profile of the valley side."

Which village will be awarded the second place? The shot takes us directly to the Marche, in Fossombrone, in the province of Pesaro-Urbino, the photo shows the bridge of Concordia on the river Metauro, set by a beautiful autumn landscape. 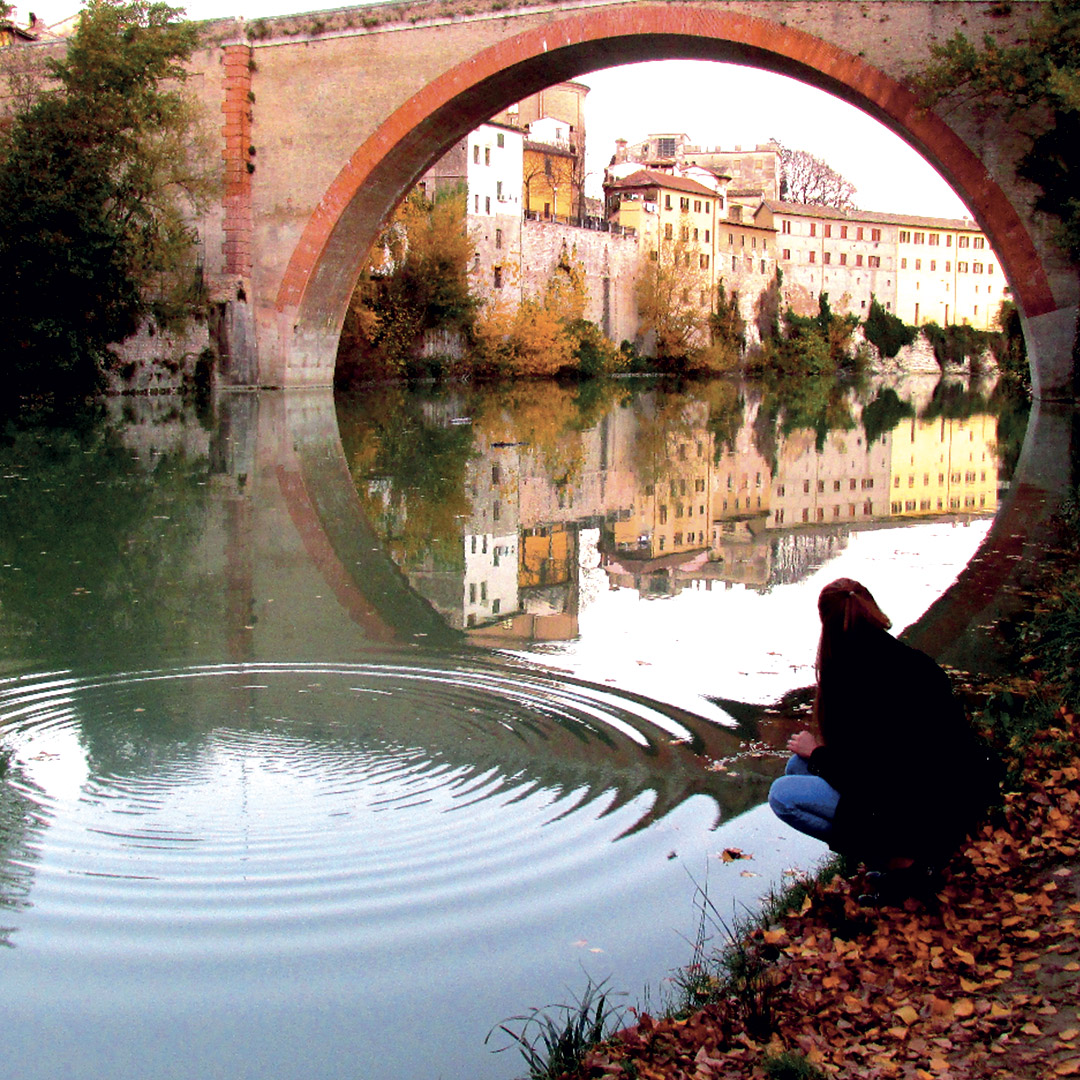 Here's how he describes his shot Valentina Ragni, @vale_ragni on Instagram:

"The simple architecture with a single round arch makes it possible to create this perfect reflection on the Metauro river, thus framing the part of the country visible beyond the bridge! This characteristic makes it one of the most photographed points of the Metauro Valley, in fact It is rare to find budding photographers strolling through the river park, in search of the best perspective.This same photo was taken in autumn by my fiancé, after I had in turn tried to capture the bridge ... "

The third classified is a photo that really makes us immerse in the autumn atmosphere one hundred percent. The shot shows an arc of the village of Campania Laviano that gives a vivid autumn forest of the colors of the season. Really spectacular! 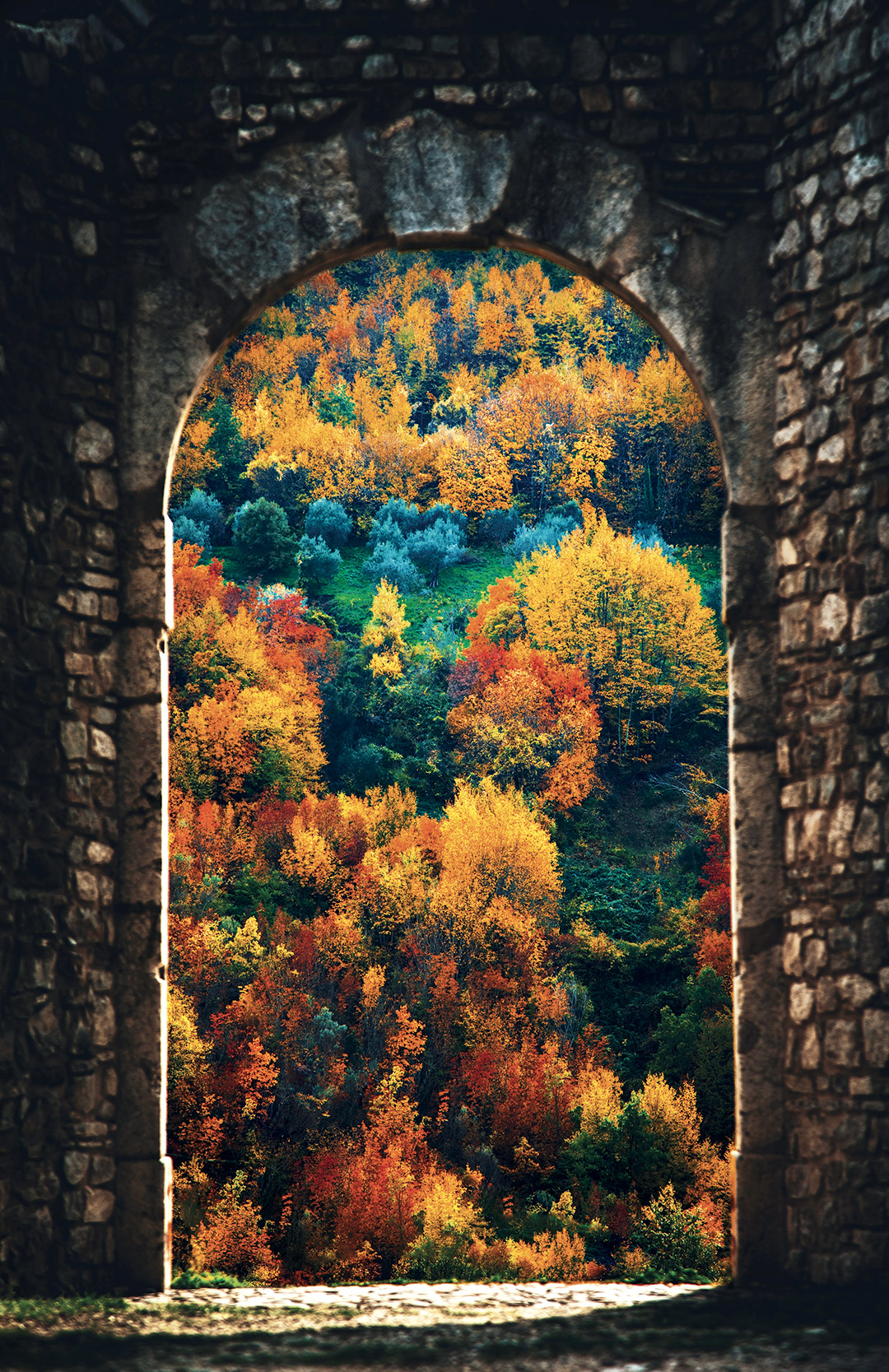 Here's what the author of the shooting Sabrina Ardore told us, on Instagram @sabry_ardore:

"I love the colors of autumn, for me it is the most beautiful season of all and I always take the opportunity to travel and take pictures... I discovered Laviano thanks to a post from the Tibetan bridge of YallersCampania, on instagram and I decided that I should go there, before And then... And here we were at the moment of shooting... On that day I was on a trip to Laviano with my father to go to the Tibetan bridge Before going there, the volunteer guides advised us to visit the ruins of the castle. to a beautiful scenery: the entrance door of the castle with the mountain behind and trees of many different colors.I find the right perspective, and I shoot that photo almost surreal.

We asked a few questions to Laura, the winner of the contest, who answered us by telling a little bit about herself and her trips to the villages.

Hello Laura, congratulations for this victory. Did you expect it?

Thanks again! I did not expect it at all, I tried to participate using the hashtag but I did not really expect that my photo was chosen among many, I'm very happy.

How did you find out about the contest?

By chance, I have been following the Yallers project for some time and the post of the page that launched the contest appeared to me, so I told myself we try.

Let's talk a little about you... how is your passion for photography born? Is it just a hobby or something more?

It was born a long time ago, I have always had this passion. It's not a job because in my life I'm an architect but I've worked in the past as a stage photographer. Let's say that from the early years of 2000 I strengthened the passion, I used Flickr where I uploaded my photos and took cues.

I discovered Instagram relatively recently, I had a different idea of ​​this social, I thought it was less marked on photography while instead approaching I changed my mind and here I am.

Do you think it can be useful also in reference to tourism?

Yes a lot. Often I find myself using it to look for places I want to visit and discover lesser-known corners thanks to the photos posted. Really useful!

Less than I would definitely, but as soon as I can I do it and I would do it much more. Photography is always an important part of the journey, certainly.

How is your love for the villages born?

I have always been fond of the villages, since I was a child, in fact I lived this reality having a little house in the Marche in a very small village, fraction of Amandola, Moglietta. I really have good memories related to that place, I'm very fond of it.

Let's talk a bit about the winning photo, how did it come about?

The photo shows the village of Postignano, in Umbria, province of Pesaro-Urbino. A beautiful medieval village surrounded by the nature of Valnerina and entirely recovered after the earthquake of 1997. The shot was born of jet, when I was in my cottage in the village of Colle di Sellano and I saw the light that hit the village and designed the profile of the valley side. Although I knew the valnerina and many of its villages, I visited for the first time those places a few years ago, when I went to see friends who have a home and a small recording studio in the village of Colle di Sellano, charming little nucleus few hundred meters from Postignano; I fell in love with that place, the view of the valley, its perfumes and its stone houses, so much so that I decided to buy a little house

What did you use to shoot?

What do you think could be done to revitalize these small realities?

It would be nice to re-inhabit those villages that are now ghost villages, almost completely uninhabited. Buying the house in Colle di Sellano the idea was to share the project of my friends to revitalize the center of Colle, remained semi-deserted after the earthquake of 97. The 2016 earthquake has necessarily put a brake on our project on Colle, many homes have been damaged, including my newly purchased. After the earthquake, the priorities were certainly others and the association formed by my friends concentrated its energies on the village of Sellano, giving life to a playroom (managed by volunteers) that promoted cultural and recreational initiatives for children and became a center aggregation for part of the community hit by the earthquake.

A village that has struck you most and why?

There is a place that struck me a lot, I do not know if to call it a village because maybe it's a little bigger, Tirano, in Lombardy, on the border with Switzerland. I was amazed by the openness and hospitality of people above all. Another village that particularly struck me is in the south, called Zungoli, in the province of Avellino. It 'a beautiful village, very nice, people are really hospitable, where the traditions are still very strong and typical local foods including the local cheese, the caciomolara of Zungoli, seasoned in the caves of the place. Fabulous!

Which regions do you think are better able to treat and promote these realities?

I think that in the Marches they value the villages very well, but also in the other regions of Central Italy, Umbria and Tuscany for example. There are incredible villages to visit.

Last question: what do you think of the Yallers project?

I've known him for a short time but it seems really interesting! In the future I will follow the initiatives and events proposed to participate actively.

What to see in Fiumalbo

Romanesque parish church of San Michele
More...
are you an Italian villages lover?
Join our Community
and share you experiences!