The greatest artist of all time, Andrea Bocelli, along with his children Matteo and Virginia, chose the fairy-tale setting of Castel Savoia, for their first album together 'A Family Christmas' 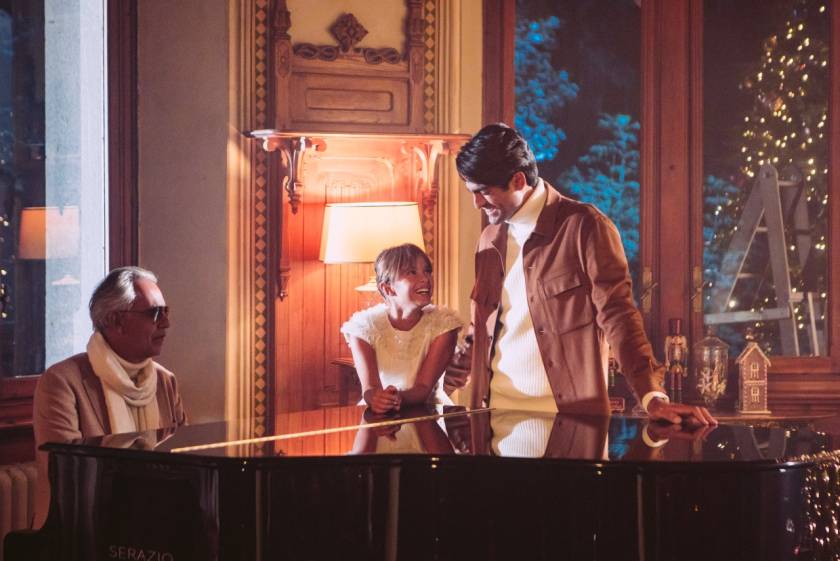 For their first album together, A Family Christmas, Andrea Bocelli, the all-time hit classical artist, is giving a Christmas performance to his 25-year-old son Matteo and 10-year-old daughter Virginia.
And for projects related to the Christmas album, including the official video for the lead single "The Greatest Gift" and a TV special for broadcaster TBN and YouTube, the Bocelli family chose the fairy-tale setting of Castel Savoia, the royal castle in Gressoney-Saint-Jean, Aosta Valley.

The video begins with an exterior view of the castle surrounded by a forest of fir trees. In the first scene, warm lights from the windows illuminate the evening darkness. Inside, Andrea, Matteo, and Virginia Bocelli sing around the piano illuminated by the glitter of the hall's Christmas trees. In the second part of the video, Matteo walks through the botanical garden at the foot of the manor, while Andrea and Virginia look out one of the castle's mullioned windows. And just as Matthew sings the refrain among the rocky flower beds of the alpine setting, the forest is transformed into an enchanted place where shimmering fairies dance gracefully and members of an orchestra play the notes of the song. All under a magical snowfall of lights. The video closes with a view of the castle surrounded by the Valley's mountains illuminated by the magic of Christmas. (The video is available on all digital platforms.)

Andrea Bocelli in December will be joined by Matteo and Virginia on their first official U.S. tour, which will include songs from A Family Christmas. The tour will begin Dec. 1 at the Chase Center in San Francisco and will include performances in Bridgeport, CT, Savannah, GA, Indianapolis, IN, and the new UBS Arena venue on Long Island. It will return to Madison Square Garden in New York City on December 14.
Castel Savoia will thus be the setting for Bocelli's Christmas around the world, becoming a symbol of the Aosta Valley's historical and artistic heritage. 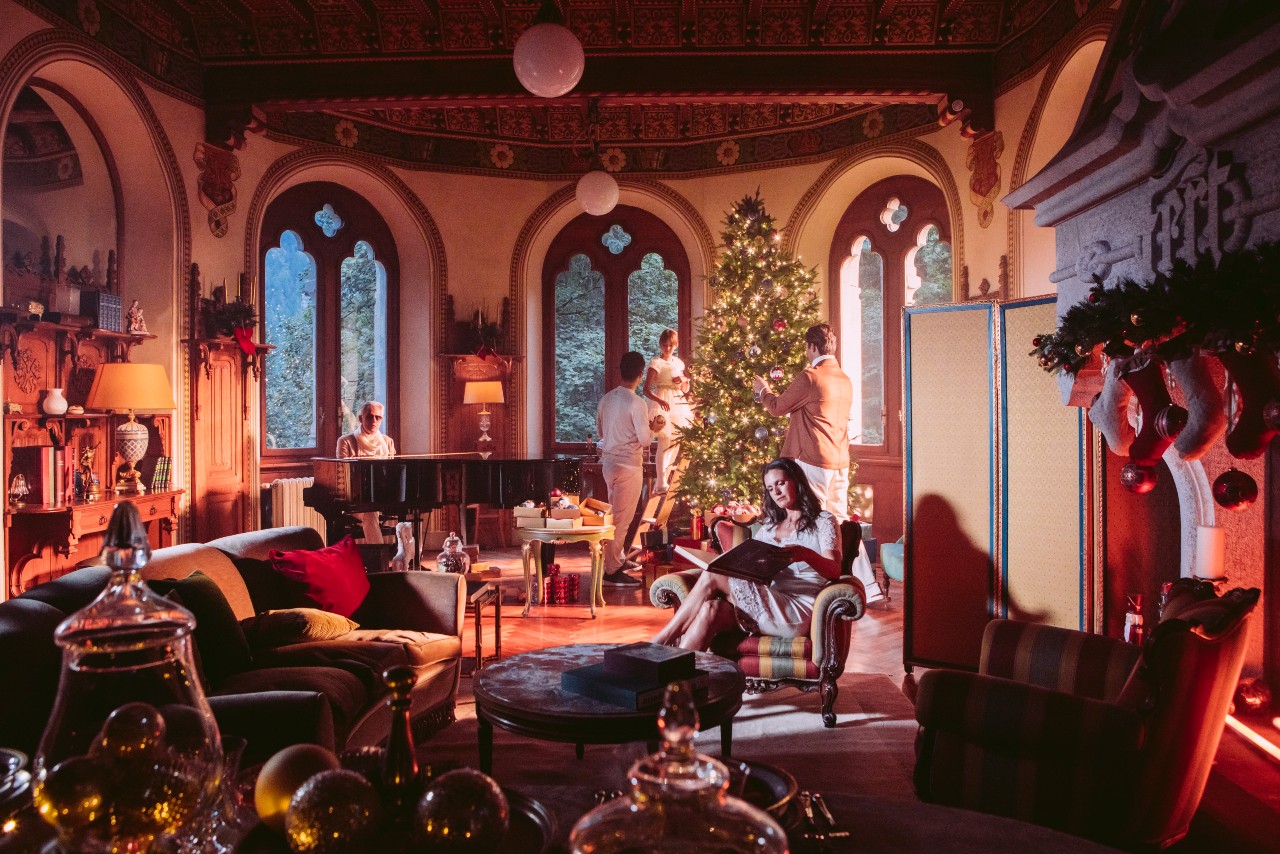 From the so-called Belvedere, the location at the foot of the Colle della Ranzola, Castel Savoia dominates the valley of Gressoney-Saint-Jean, a vacation destination much loved by Margaret of Savoy (1851-1926), Queen of Italy. Built at the behest of the sovereign, the eclectic-style manor has a fairy-tale appearance, enhanced by five turrets, one different from the other, that encircle the central building. If the exterior is clad in gray freestone from local quarries, the interior is richly decorated with ornamental paintings and boiseries, which provide a lively backdrop to the medieval-inspired furnishings. References to the daisy flower recur everywhere, in reference to the name of the queen, whose initials are often recognized in the mansion; ornamental frames repurpose the mottos of the House of Savoy within them. Outbuildings include Villa Belvedere, the former guesthouse, and Romitaggio Carducci, dedicated to the poet's memory.

Castel Savoia, built at the behest of Queen Margaret of Savoy, who was staying in Gressoney-Saint-Jean as a guest of the Beck Peccoz barons as early as 1889, stands in the locality known as Belvedere because of the splendid view from there overlooking the entire valley as far as the Lyskamm glacier. The laying of the foundation stone of the building took place on August 24, 1899 in the presence of King Umberto I who, assassinated in Monza a year later, would not see the completion of the work, which lasted until 1904. The mansion hosted the Queen during her summer stays until 1925, a year before her death. After being purchased in 1936 by the Milanese industrialist Moretti, the castle became the property of the Autonomous Region of Valle d'Aosta in 1981. 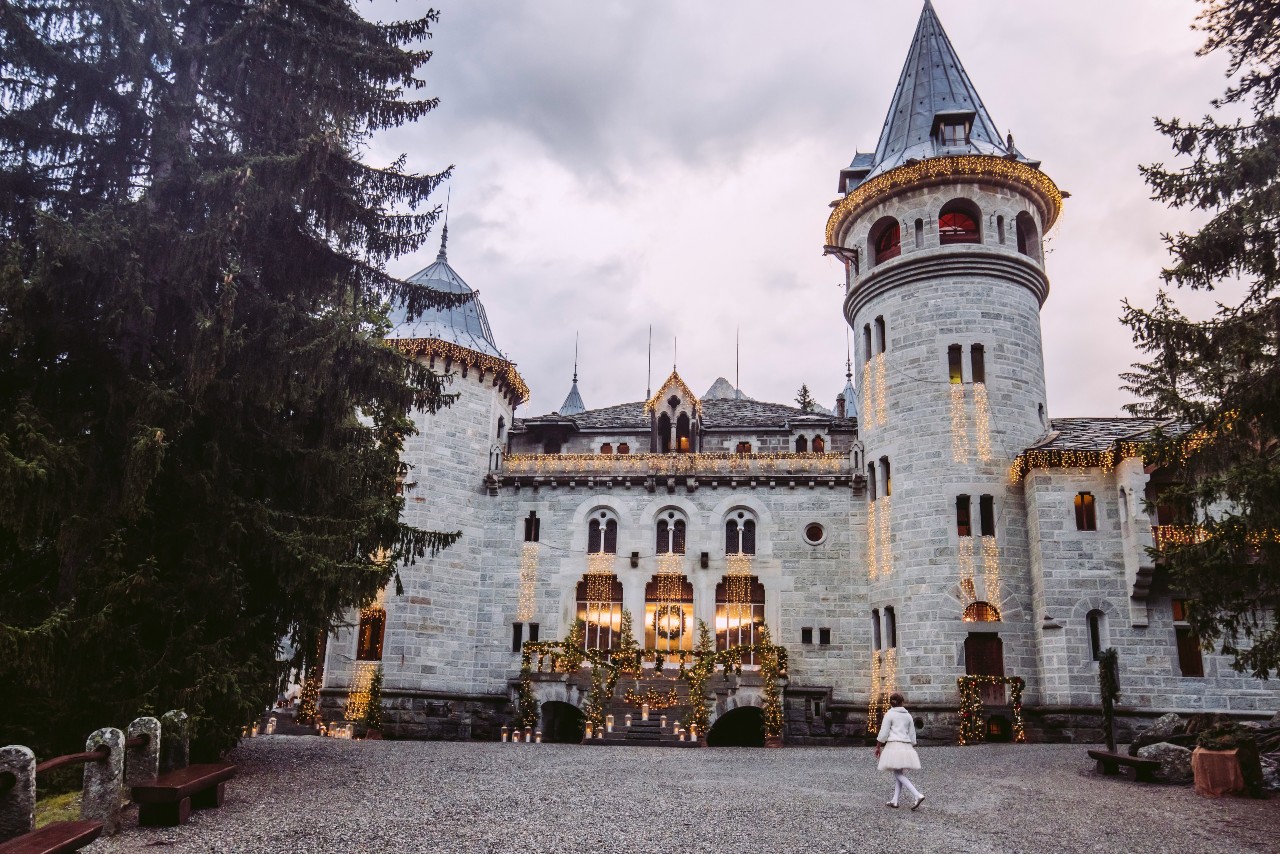 What to see in Gressoney-Saint-Jean

Alpine Fauna Regional Museum
Savoia Castle
More...
are you an Italian villages lover?
Join our Community
and share you experiences!