Global Greening 2021: here are the sites in Puglia that will be coloured green

Saint Patrick is celebrated on 17 March all over the world and in the villages of Puglia. 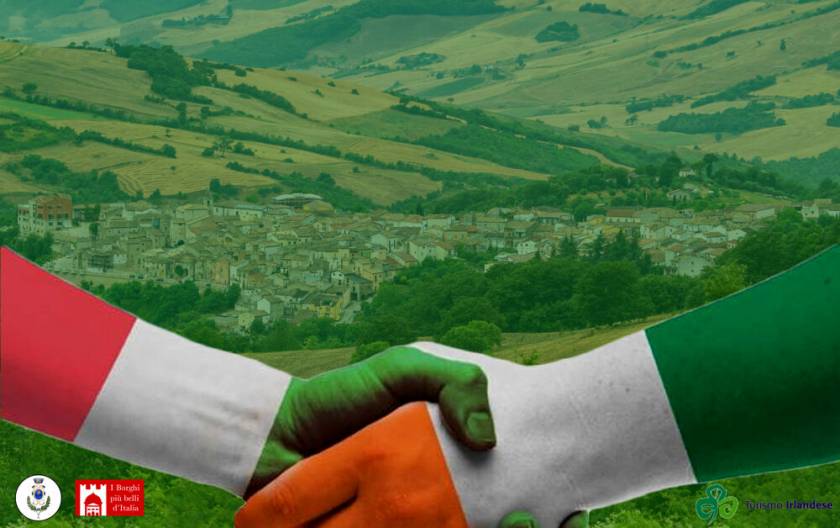 St Patrick's Day is celebrated on 17 March all over the world. Some people think that the saint is most loved and celebrated in Ireland, the island he converted to Christianity by driving out paganism for good. In fact, in every country where Irish immigrants live there are celebratory events from Chicago, where the river is tinged with green, to Canada and Italy. Since 2010, one more initiative has embraced the world in the name of St Patrick: Global Greening.

Puglia sites part of Global Greening 2021
Global Greening is an idea born eleven years ago with the aim of strengthening and reuniting the Irish people, even if they are scattered in the four corners of the world. The initiative consists of lighting up some of the most important historical sites on the planet with green light: with the pandemic that for almost two years has been widening the physical distance between peoples, Global Greening aims to bring them together in a single embrace in the sign of St Patrick.

Puglia has also joined the initiative, with sites lit up in green from Salento to the Gargano. In Otranto there is Porta Terra, the gateway to the historic centre, while in Acquarica del Capo St Patrick's Day is celebrated by painting the Medieval Castle, an undisputed symbol of the town since the 15th century, green. Global Greening has also involved Presicce's Casa Turrita, a 16th century tower which has become an elegant noble house with an ashlar façade, in 2021.

From Brindisi to the Gargano
Cisternino, in the Brindisi area, is taking part in Global Greening 2021 with two sites: the Romanesque church of San Nicola di Pàtara, built on a previous early Christian site founded by Basilian monks, and Porta Grande. In nearby Locorotondo, the jewel of the Itria Valley, the 18th-century Clock Tower, now housing the town's historical archives, will be coloured green.
The Gargano celebrates its message of fraternity in the name of Saint Patrick by lighting up the Palazzo della Bella in Vico del Gargano, built on the model of the Florentine Palazzo Vecchio, the Norman Tower in Pietramontecorvino and the Ducal Castle in Bovino dating back to 1045 and restored by Frederick II.
The sober church of Santa Maria Assunta in Roseto Valfortole will also be tinged with the colour of St Patrick's Day on 17 March, as will the Mother Church in Alberona, which still bears the signs of the passage of the Knights Templar, and the War Memorial in the village of Alberona.

Bastione dei Pelasgi, Centro Storico , Otranto
Trulli Donna Isabella B&B
In the frame of the beautiful Itria Valley, in Locorotondo you can stay at the welcoming B&B Trul...

Via dei Trullari, 11, Locorotondo
Masseria Poesia
Situated in a commanding position with a 360-degree view of the Itria Valley, Masseria Poesia off...

Aragonese castle
Deers' Cave
Hypogeum of Torre Pinta
More...
are you an Italian villages lover?
Join our Community
and share you experiences!

The excellence of the province of Salerno at Ar...
Cefalù, city of cinema
Bocelli family chooses Castel Savoia and the mo...
More...