In Modena the best of opera is on stage

The 2019-20 concert season has begun at the Luciano Pavarotti Municipal Theater. An opportunity to listen to world-class artists and visit the charming villages of the Modena area 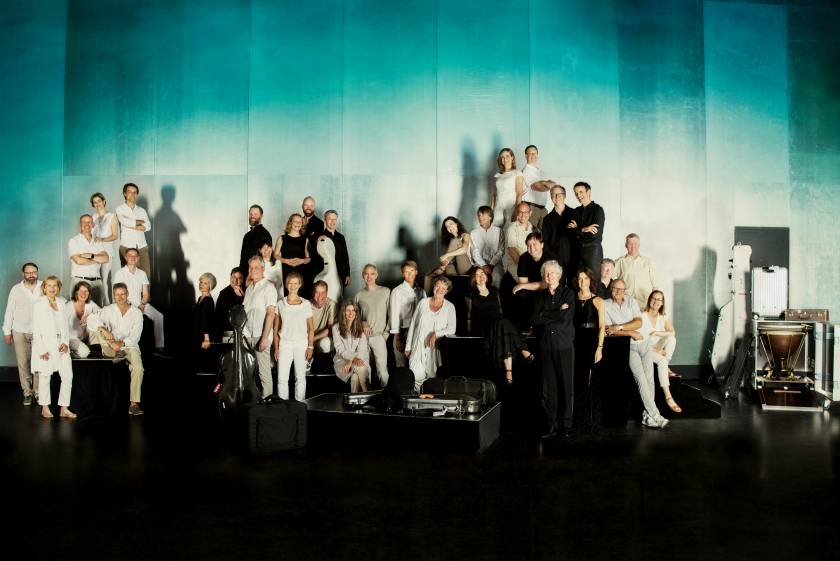 Show for the eyes, music for the ears. Those who choose to spend a few relaxing days in Emilia, and more precisely in the splendid area guarded by the Terre di Castelli (Castelnuovo Rangone, Castelvetro di Modena, Guiglia Marano sul Panaro, Savignano sul Panaro, Spilamberto, Vignola and Zocca) and the municipalities of Castelfranco Emilia and Modena, has the opportunity not only to visit charming villages and carton landscapes that in autumn are colored with colorful leaves, but also to listen to the best of Italian and international opera music. A review, on stage at the Teatro Comunale Luciano Pavarotti of Modena, which goes live in November and continues next year.

The concert season 2019-20, in fact, will host as usual orchestras and great soloists of world prestige, offering the public classic masterpieces with interesting forays into the modern and contemporary repertoire. Saturday 9 November the Rai National Symphony Orchestra will be led by Juraj Valčuha, musical director of the Teatro San Carlo in Naples and winner in 2018 of the prestigious "Abbiati Prize" of Italian criticism. The concert will see the presence of two pianists recognized specialists in the contemporary repertoire, Emanuele Arciuli and Andrea Rebaudengo for the execution of Macchine in echo for two pianos and orchestra, composed in 2015 by Luca Francesconi. Two Russian masterpieces of fairy-tale inspiration written in the early decades of the twentieth century complete the program: The Suite from ballet the Firebird designed by Stravinsky for the Ballets Russes by Diaghilev and the Suite dall'Amore of the three melanances by Prokofiev.

The great violinist Stefan Milenkovich, already applauded in Modena in 2017, will return on December 7 with the Slovenian RadioTelevision Symphony Orchestra conducted by Mihail Agafita to interpret Ludwig van Beethoven's Concerto in D major op.61, to be heard also the "Eroica" Symphony.

The usual appointment presented for the Memorial Day together with the Friends of Music Association of Modena will be held on January 25th 2020, under the patronage of the Jewish Community of Modena and Reggio Emilia, and this year will be dedicated to the writings and figure of Primo Levi.

An ambitious and unprecedented tribute to Franz Liszt will be held Thursday, January 30th. The protagonists are four Italian pianists who share a solid background and extensive experience: Marco Scolastra will compete with the light fantasy of Fantasia on popular Hungarian themes S.123; Marcello Mazzoni will face the extrovert virtuosity of the First Concert; Andrea Padova will delve into the innovative harmonic constructions of the Second Concert; Maurizio Baglini will reveal the dark romanticism with which Totentanz is impregnated, a piece articulated in the typically Lisztian form of paraphrase. On the podium the Bulgarian director Dian Tchobanov called to direct a Romanian symphonic complex with a glorious history like the Braşov Philharmonic, which between the nineteenth and twentieth centuries was directed by personalities such as Johannes Brahms, Richard Strauss and Edwin Fischer.

On Wednesday 5 February, the famous oratory of Franz Joseph Haydn The Creation will be heard. Through solo arias, choirs and recitatives, Haydn traces the process of creating the world in this fascinating score, from the appearance of natural elements and animals to the birth of man. It will be Philippe Herreweghe, one of the most accredited interpreters faithful to historically informed performance practices, to read this monument of the classical repertoire together with two complexes he founded: the Orchester Des Champs-Elysees and the Collegium Vocale Gent. They will sing in the solo roles Mari Eriksmoen (soprano), Patrick Grahl (tenor) and Florian Boesch (bass).

The concert on Sunday 9 February 2020 will be dedicated to Viennese symphony, interpreted by Camerata Salzburg and violinist Viviane Hagner conducted by Gregory Ahss.

Viviane Hagner, who made her debut under the guidance of Zubin Mehta with the Berliner Philharmoniker at the age of 13, will perform Concerto No. 5 in A major KV 219 for Mozart's violin and orchestra "Alla turca" and Rondò in A major D. 438 for violin and string orchestra by Franz Schubert. The program is completed by the Symphony n. 43 by Haydn and Five German Dances by D.89 by Schubert.

The final date of the concert program will be held on March 27th with Yves Abel at the helm of the Herford Philharmonie with Olga Kern at the piano. The program includes the "Scottish" Symphony by Felix Mendelssohn-Bartholdy and the Concerto in A minor Op.16 for piano and orchestra by the most famous Norwegian composer, Edvard Grieg. Yves Abel is the principal conductor of the Nordwestdeutsche Philharmonie in Herford, a symphonic ensemble with which he began collaborating in 2015. Olga Kern rose to international prominence in 2001 when, at the age of seventeen, she won first prize in the Van Cliburn Competition followed by tours that have taken her around the world, from the Lincoln Center in New York to the Festspielhaus in Salzburg at the Scala in Milan.

In short, the love for the villages joins the passion for opera. Show for the eyes, music for the ears!

What to see in Castelvetro di Modena

Golden yarns at the Palace
The Sanctuary of Puianello
Castle of Levizzano Rangone
More...
are you an Italian villages lover?
Join our Community
and share you experiences!

Correggio (Emilia Romagna), birthplace of the a...
Galatina, the Salento village that tastes of mu...
﻿Sibillini Live. Music, theater and art for a ...
More...