Discovering the tip of Italy

Calabria is a land as ancient as it is enchanting, where history and legend merge, landscapes bewitch and ancestral traditions have been involving citizens and visitors for centuries

Travelling in the Reggio Calabria metropolitan area is like plunging into the heart of the Mediterranean, which has always been a crossroads of peoples and cultures. An experience with many nuances, to be lived in contact with nature and discovering the countless cultural resources and traditions. To get to know its territory better - the area includes 97 municipalities, with villages of great historical and architectural interest - you need only set off in search of exceptional works of art known throughout the world, such as the Bronze Statues of Riace, and then discover evidence of the splendid Magna Graecia, myths, legends, millenary suggestions - such as Scylla and Charybdis - and ancient rites and traditions. Between the sea and the mountains here, uncontaminated nature embraces the visitor at 360 degrees, offering slow and adrenaline-pumping experiences, from trekking to mountain biking, from snorkelling to diving, from sailing to kitesurfing.

Halfway between Aspromonte and the Ionian coast, it seems as if we are suspended in time. This is where the Grecanica area lies with its picturesque villages, which tell us a thousand-year-old story. The Amendolea torrent divides the area into two large areas; the latter was once a navigable river from the sea to the mountains, bordered by a network of ancient paths now beaten by trekking enthusiasts, who can enjoy unspoilt natural scenery and millenary culture.
The "capital" of Calabria Grecanica is Bova, whose foundation - it is said - was the work of the Greek queen Oichista, who left her footprint on the top of the rock, where the Norman castle was later built. Bova was already an important economic centre in Magna Graecia and the Byzantine era, and even today you can admire several 16th century sculptures, such as Bonanno's Virgin and Child, kept in the cathedral of Santa Maria dell'Isodia. In Bova, as in the other villages of Bovesia, Pentedattilo, Roghudi, Gallicianò, to name but a few, the most precious heritage to be preserved is the Greek language of Calabria, a unique koinè in the world: the Grecanico. Various cultural events take place in the area, including Paleariza, an itinerant festival of Grecanic music and tradition, and ceremonies of ancient memory such as the procession of the Pupazze di Bova and the festa dei Catoi di Palizzi. 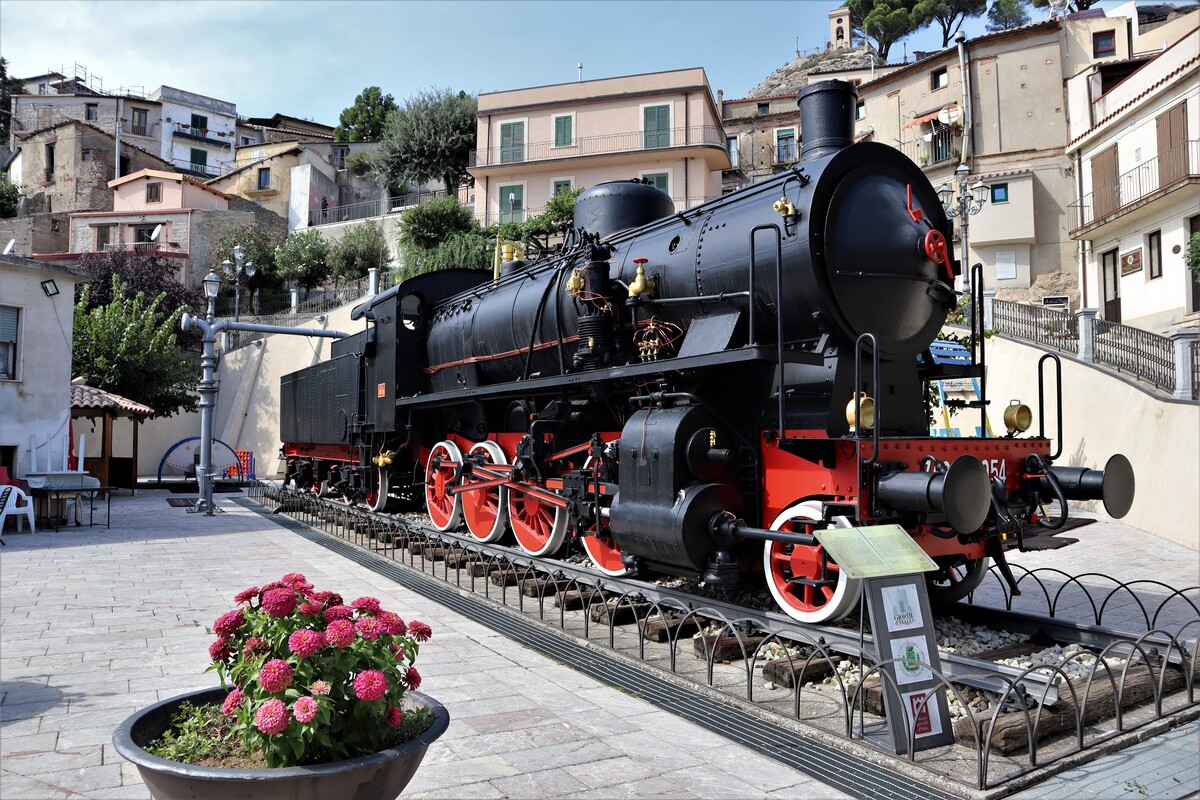 From village to village

Many civilisations have left their mark on the territory of the metropolitan city of Reggio Calabria. Greeks, Romans, Byzantines, Saracens, Normans, Angevins and Aragonese. The traces left by each passage are still evident in the cultural heritage, as well as in the landscape of these places, which offer glimpses of rare beauty. The whole territory is characterised by the presence of watchtowers and fortified buildings to protect the population from invasions from the sea. Among the many, towards the Strait of Messina, is the Ruffo di Calabria castle, which dominates the bay of Scilla, overlooking the ancient fishing village of Chianalea, where the tradition of swordfish fishing aboard the typical boats called passerelle is still alive. Along the Ionian coast we find the village of Gerace - one of the most beautiful villages in Italy - which has a medieval heart to discover. It is also called the "sacred city" because of the many churches, convents and monasteries enclosed in such a small centre. Continuing along the Ionian coast, we reach the ancient village of Stilo, which offers breathtaking views and houses a cathedral of medieval origin, an example of Baroque style, as well as one of the most important examples of Byzantine architecture, the Catholic Church of Stilo, a small church that is a candidate for UNESCO World Heritage status. 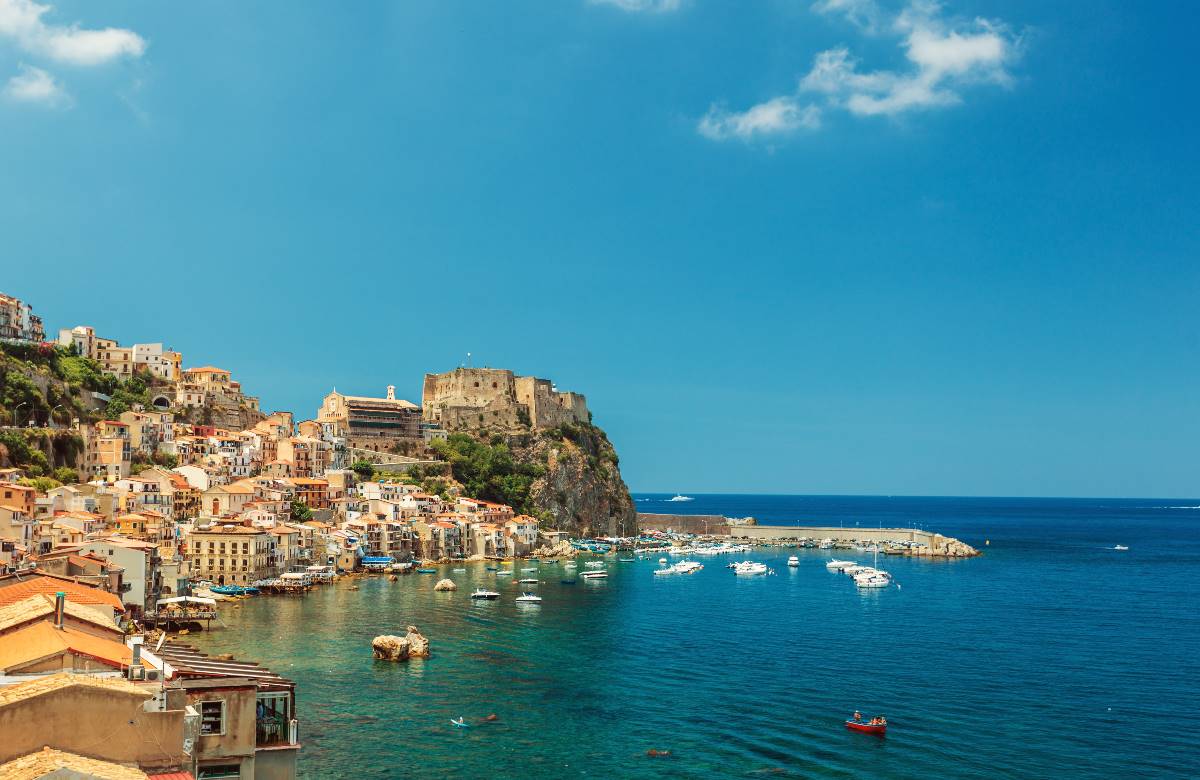 Aspromonte, on the paths of biodiversity

Enclosed between two seas, the Tyrrhenian and the Ionian, Aspromonte offers incredible landscapes and a precious natural heritage. Expanses of woodland, watercourses, wild nature and strikingly shaped rocks create an area of extraordinary richness and variety, which has been recognised as a UNESCO geopark because of its uniqueness. It is a true paradise of biodiversity, which preserves 1,500 species of flora and a great wealth of fauna to be discovered in all seasons of the year. The Aspromonte National Park also has about ten kilometres of ski slopes, which in winter offer the unique thrill of skiing while admiring the sea of the Strait of Messina, Mount Etna and the Aeolian Islands in the background. The traditions of the mountain communities in this area are also worth discovering. One of the most famous is the festival of the Madonna di Polsi, a spiritual journey that has attracted thousands of pilgrims since the days of Magna Graecia. 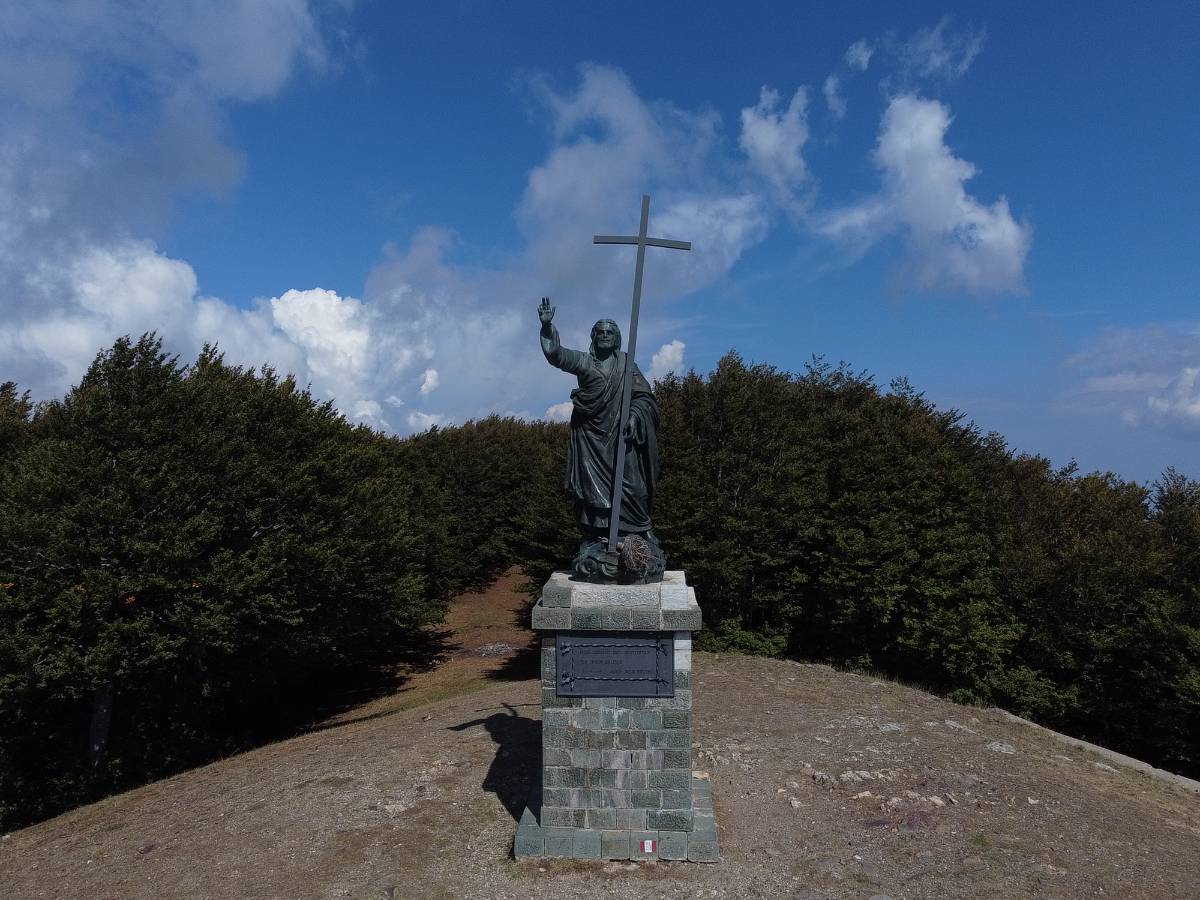 All the colours of the sea

Fabulous coastlines, long beaches where the "caretta caretta" sea turtle nests, a seabed rich in biodiversity - from the two-coloured gorgonians of the Straits of Gibraltar to colonies of seahorses - and unique experiences, such as a visit to the underwater archaeological park of ancient Kaulon. The sea at the tip of the boot is all this and much more. The Ionian coast attracts many tourists every year because of the beauty of the Jasmine Coast, with its beaches and crystal clear sea, behind the Aspromonte hinterland. The opposite side, the Tyrrhenian one, with the intense blue of its waters, offers white and golden beaches alternating with cliffs, once places of conquest and today very attractive tourist centres such as Scilla, Bagnara Calabra and Palmi on the Violet Coast, a suggestive name evoked by the striking purple reflections that the sea here has at sunset. 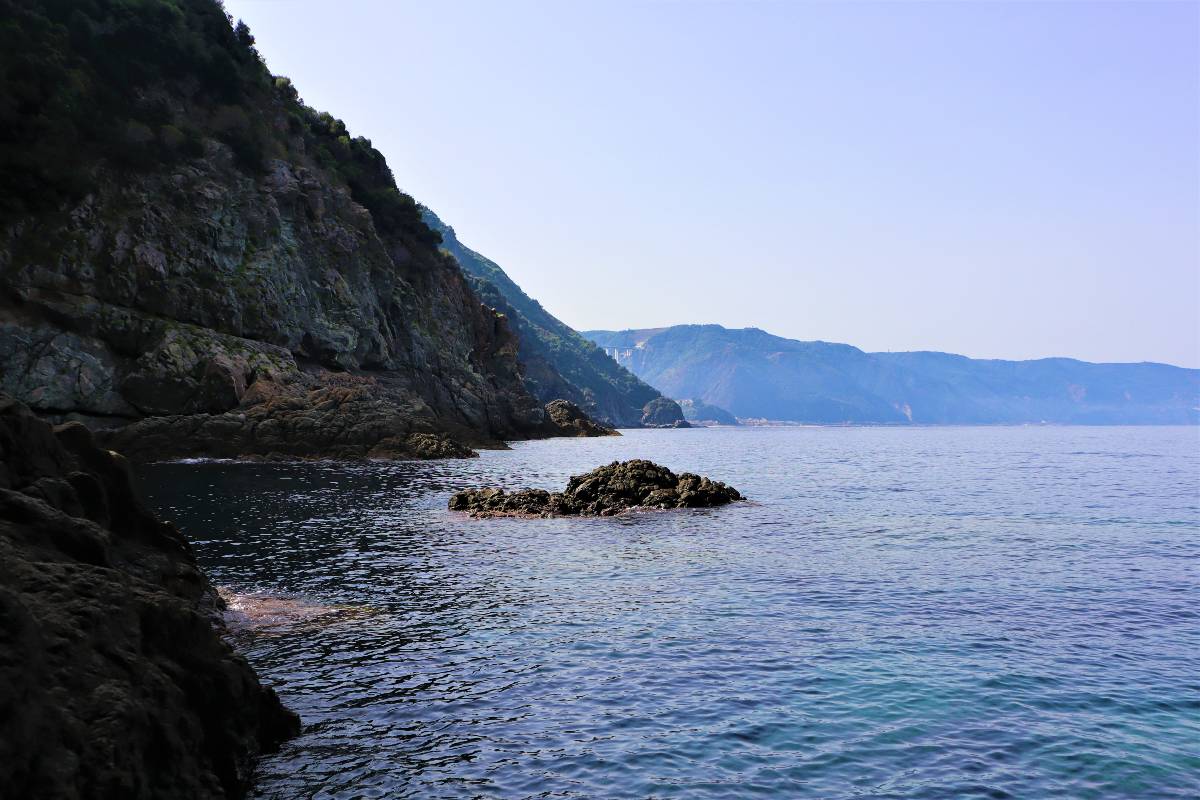 The wonders of Reggio Calabria

A visit to this area must include Reggio Calabria, a Mediterranean city of great charm and an increasingly popular tourist destination.  Here, in fact, there are itineraries to follow to admire wonderful works of art and architecture and the charm of a seaside town with intense scents and colours. You can stroll along the Falcomatà promenade, defined by D'Annunzio as "the most beautiful kilometre in Italy", further enhanced by the presence of a valuable botanical garden and contemporary works of art. The most evocative places can be reached through the streets of the old town centre: from the Archaeological Museum, walk along Corso Garibaldi - considered the city's "drawing room" - and you will soon reach Piazza Italia, home to some of the most beautiful palazzos of the polis, the headquarters of Reggio's main institutions, as well as a site of considerable archaeological and historical interest that has brought to light layers of urban construction. A short distance away is the Aragonese Castle, one of the city's most famous symbols, which now hosts events and shows. Finally, a visit to Piazza Duomo is a must, where the imposing cathedral is located and where it is possible to visit the treasures housed in the Diocesan Museum. 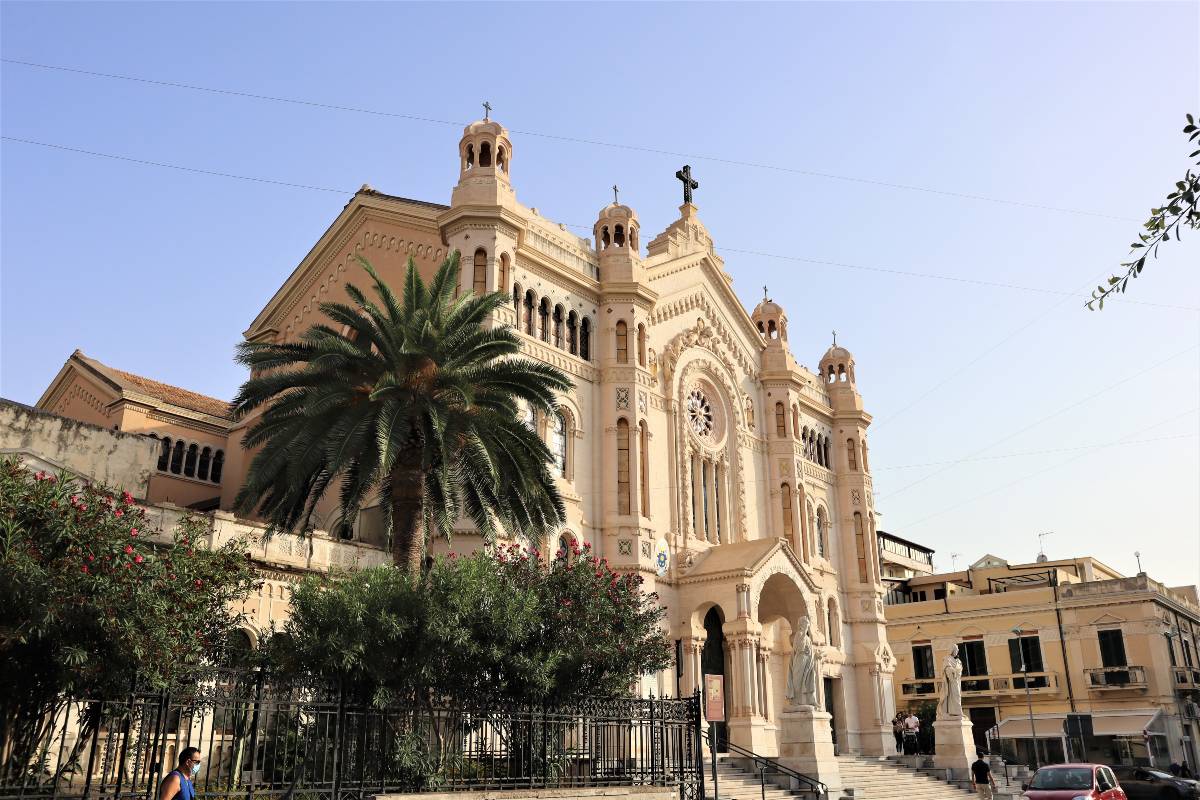 Fifty years of the Riace Bronzes at the MArRC

2022 will mark an important anniversary: the 50th anniversary of the discovery of the Riace Bronzes. These precious statues, considered among the most significant examples of classical Greek art, were found on the bottom of the Ionian Sea in 1972. Today they can be admired at the Archaeological Museum of Reggio Calabria, where the anniversary will be celebrated with a series of events in synergy with the whole city. A visit to the MArRC is a real journey through the centuries: the museum is spread over four exhibition floors and takes the visitor from Prehistory to Magna Graecia and ends with the history of Reggio. The MArRC's entire underground area houses the necropolis of ancient Rhegion. During excavation work, numerous tombs from the Hellenistic period came to light. There are about one hundred tombs of different types and the necropolis area also extended under the nearby Piazza De Nava. Some of these can now be visited in the Museum's basement. The MArRC is also the custodian of the most important collection of Greek bronzes from the 5th century B.C., the Classical period, and in addition to the Riace Bronzes it holds The Head of Basel and The Head of the Philosopher found in the waters near Villa San Giovanni. 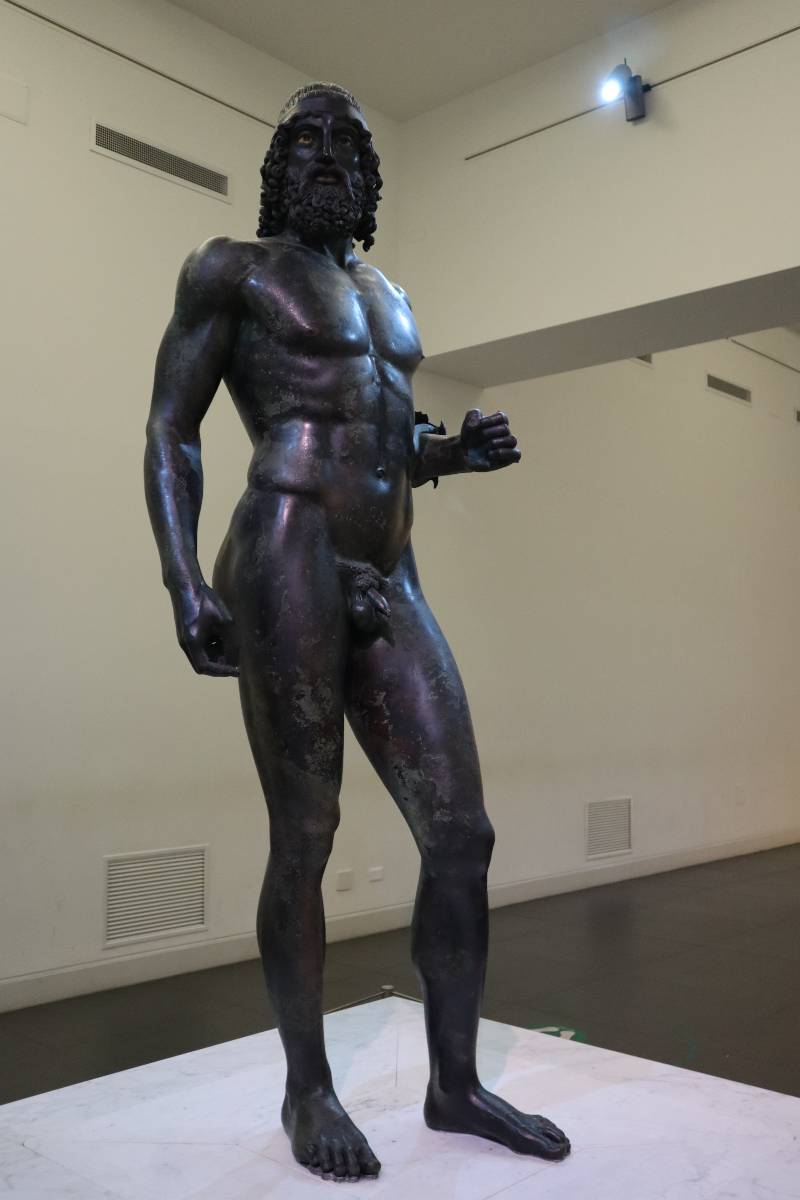 A table between sea and mountains

The uniqueness of the Reggio area can also be appreciated at the table. One of the most extraordinary products of this area is bergamot, a fragrant citrus fruit with extraordinary properties and an unmistakable green-yellow colour. Its origins in Reggio date back to the 14th century, and today it is also appreciated in international cuisine. It is excellent eaten on its own, in pastries and in combination with risotto and fish, as well as in cosmetics. Another symbol of Reggio's food and wine production is the annona, an exotic fruit with a soft and aromatic pulp, eaten like ice cream and used with skill above all in confectionery. And then there are all the traditional dishes, with ingredients that were once considered poor, but are now the precious guardians of timeless flavours that a unique territory between sea and mountains still produces: olives and olive oil, goat, wild boar and pork meats, cured meats such as anchovies, sardines, swordfish and ice cream. 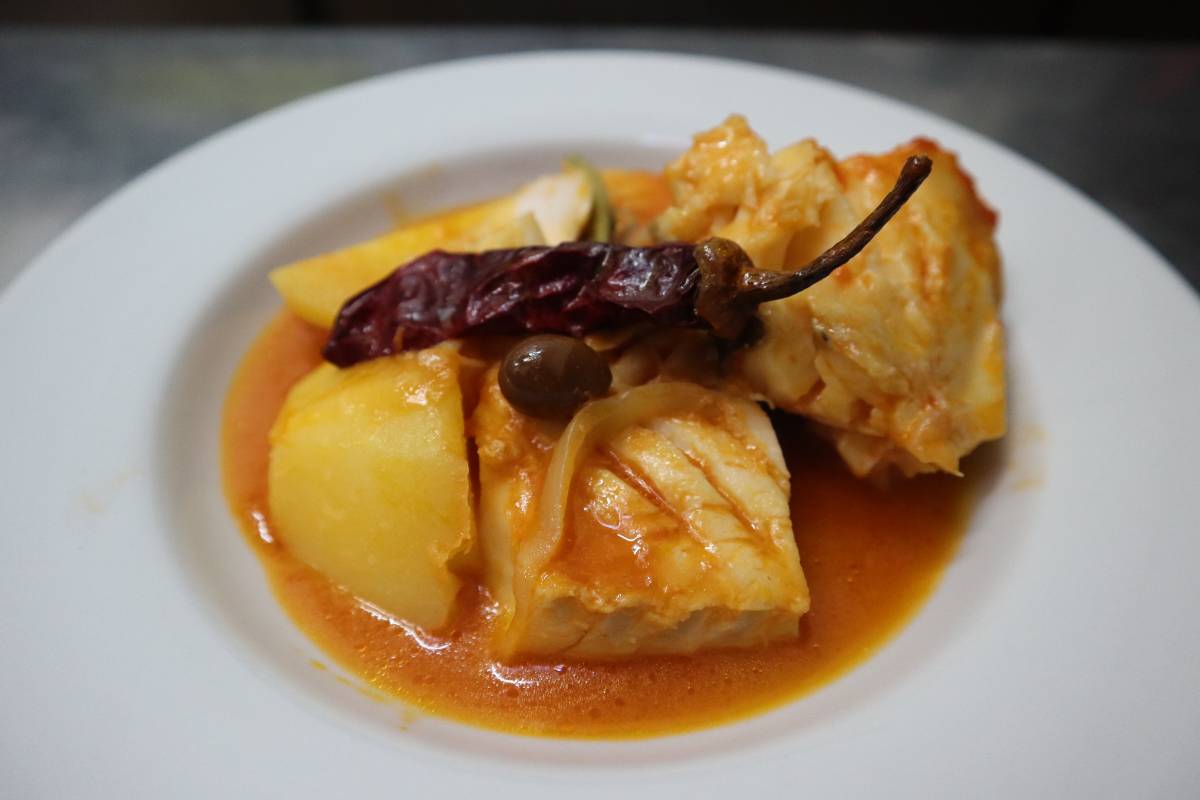 A project for the territory: 'Reggio Calabria Welcome'

"Reggio Calabria Welcome' is the Chamber of Commerce's project - shared by a broad public partnership - for 'Activity, outdoor and sports' tourism and 'Heritage' tourism. "We have designed it to raise awareness of the rich natural heritage and the numerous historical and cultural testimonies to be experienced in the territory of the Metropolitan City of Reggio Calabria," Antonino Tramontana, president of the Chamber of Commerce, tells us. "And the whole path, launched in 2019, has been conceived to enhance an organised tourist offer, creating synergy and collaboration between the actors of the supply chain in order to ensure high quality standards of tourist services, defined by specific specifications. We are convinced that quality is a strategic lever for the competitiveness of our territorial offer. The project has provided for the establishment of an association of private operators - to date 39 - and the promotion of a public partnership that shares the project's objectives. At the moment there are 17 institutional partners committed to facilitating collaboration between all the players in the tourism chain, enhancing the tourism heritage and promoting the construction of an integrated tourism offer by ensuring the usability of routes and itineraries". Concludes Antonino Tramontana "Thanks to the network of operators of the project Reggio Calabria Welcome, the visitor can receive comprehensive assistance: information on the area, booking visits with qualified guides, the realization of excursions in complete safety and being able to enjoy more experiences even in the same day. Designed for any participant, from beginners to the most experienced: everyone will be able to enjoy a unique and unrepeatable travel experience. We have also launched Facebook and Instagram pages dedicated to the project, as well as the website, to provide up-to-date information on the territory and the "Reggio Calabria Welcome" offer.

What to see in Chianalea

Castello Ruffo
Church of Santa Maria di Portosalvo
More...
are you an Italian villages lover?
Join our Community
and share you experiences!