Tuscany is a region rich in infinite historical-architectural and natural treasures, where villages of rare beauty meet 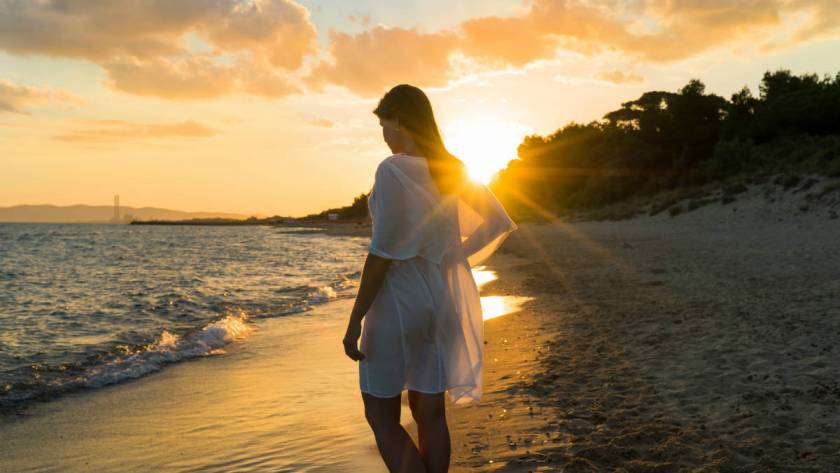 If Florence, Pisa, the “Chiantishire” as well as the villages like Volterra and San Giminiano are famous all over the world, Tuscany is actually an endless chest of historical, architectural and natural treasures that can astonish even the ones who think they know this region pretty well thanks to many precious details that are like precious jewels that deserve to be slowly discovered in a well-being mood. But your experience there can also be active, you can choose the bike or the walking tourism that can be matched to a stay in one of the very trendy places that are spotted along the coastline. You can see amazing villages in the hinterland, they sound protecting the coastline with their ancient strongholds and they are the perfect panoramic points to enjoy the sunset on the sea while you are sipping some precious local wine, it’s another “gift” that Tuscany gives to its visitors thanks to its position that looks towards the West. Let’s set off to some amazing unusual places: we’ll travel not far from the coastline leaving from the Northern side where the hinterland borders with Liguria.
(For further information: visittuscany.com) 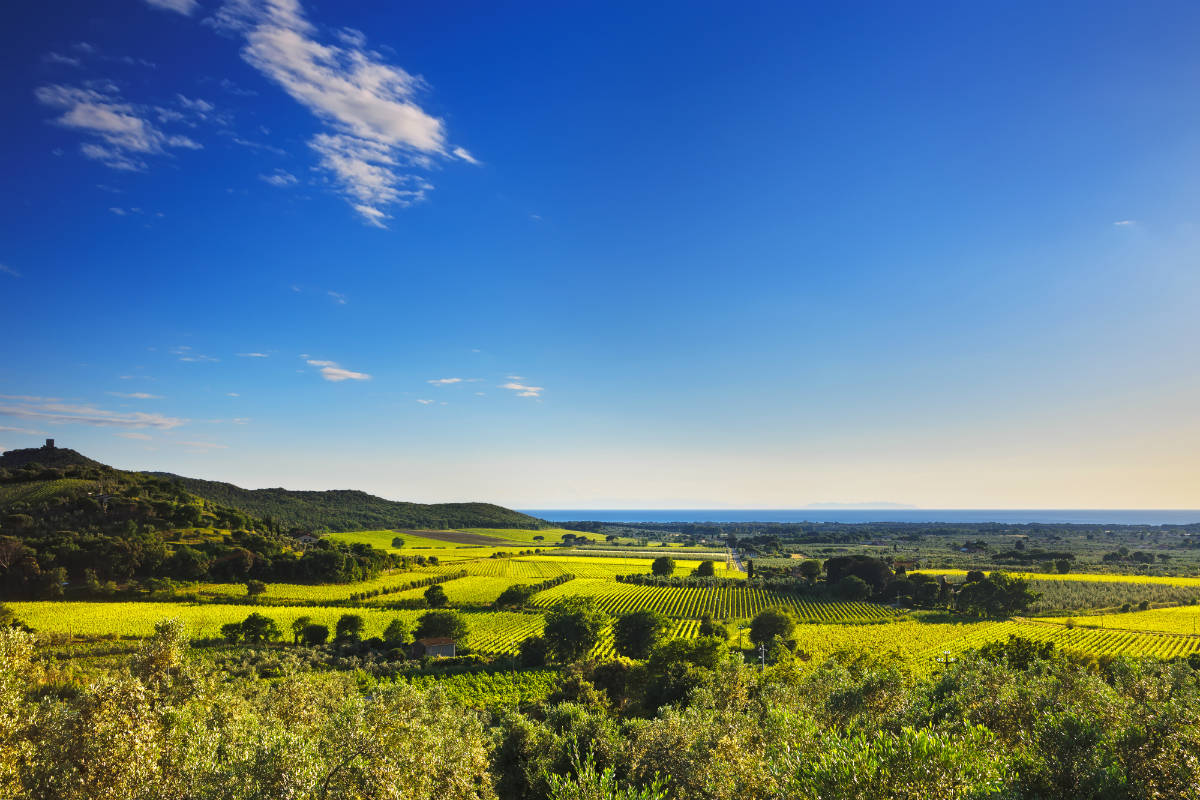 Fosdinovo: the Francigena crossroads
It is set between the sea, the Apennines and the mounts of Lunigiana, in the Middle Ages this area used to see the crossing of people and goods that were shipped from the ports to the inner lands then they crossed the border to reach the Grand-Dutchy and the territories beyond. Fosdinovo is also about one of the most powerful families of Lunigiana, the Malaspina whose huge castle surrounded by four high towers, the walking ways on the roof-gardens and the terraces is still there to protect the underneath Medieval hamlet. There’s a breathless view from the top of it. It was built in the 12th century but it was changed and enriched plenty of times, it keeps beautiful rooms with frescoes and ancient furniture and some rooms dating back to the Middle Ages like the “trap-room” that leads to the below room of tortures. There’s also a ghost, if you visit the castle you might come across the young Bianca Maria Aloisia Malaspina who was buried alive by her parents to stop her relationship with a stable boy. 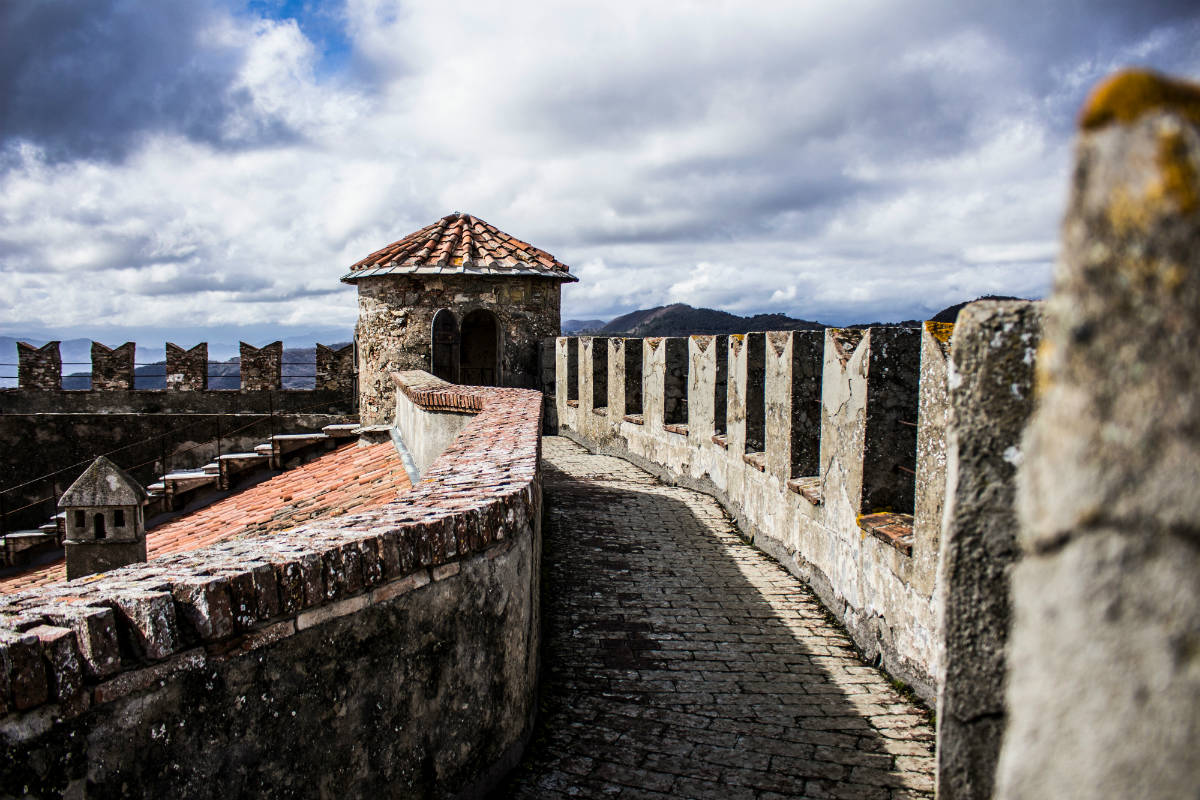 Colonnata, between the marble caves and the lard
It’s an ancient marble village, it seems that its name is related to the fact that the marble from its caves was used to build the colonnades of the Roman temples. It is set between the white mountains of marble and a unique product which is made there, it’s the lard: this is the core of Colonnata, a handful of houses gathered around the stone clocktower that can be reached by following a panoramic road. You can go to Colonnata and walk around its narrow streets and you can see the marble caves when they become orange and red at the sunset then you can sit down at one of the typical local restaurants and taste their local precious product with the fried pasta or with polenta. The lard and the marble share more or less the same history since the lard was used to feed the poorest miners and the traditional recipe is still used for its preparation that implies the maturing in the marble caves to guarantee the transpiration. 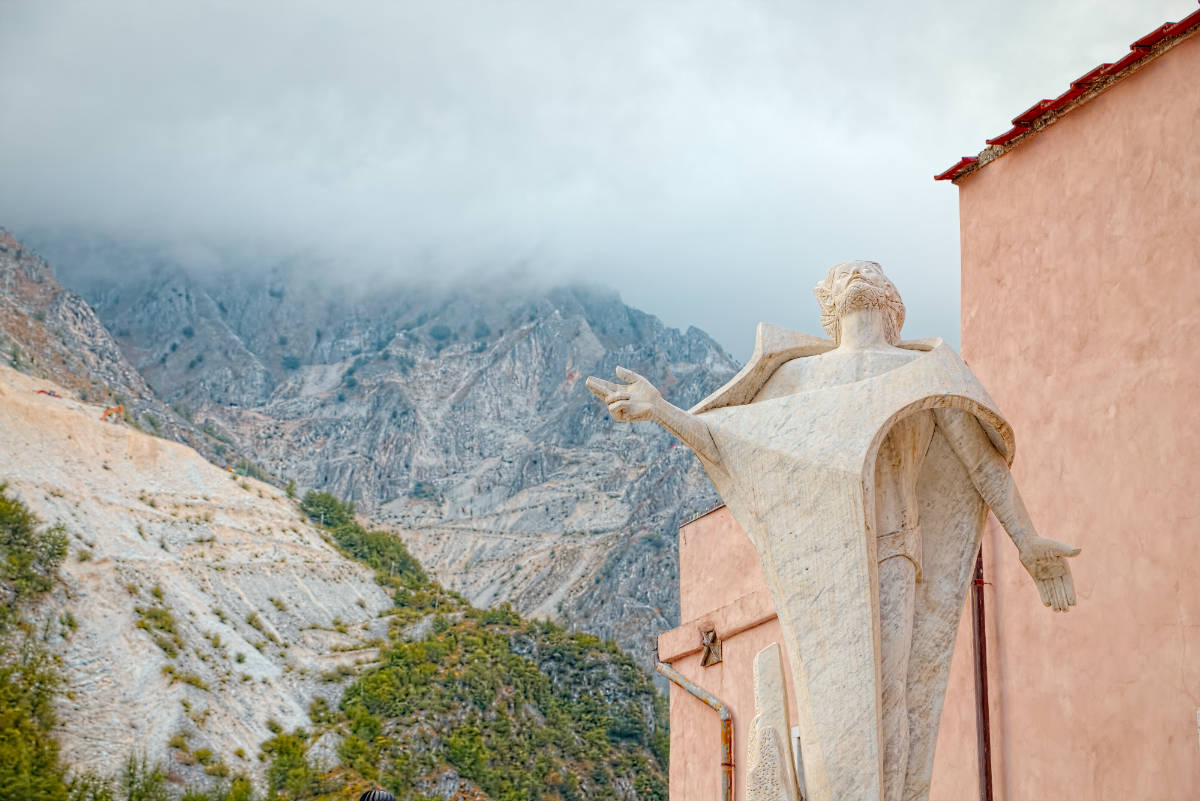 In Pietrasanta to breath the art
It has always been considered the city of artists not just because Giosuè Carducci was born there: it has been chosen as a “buen retiro” by several sculptors and painters in the last decades mainly Igor Mitoraj and Fernando Botero who have turned it into an open-air museum thanks to their creative energy. It’s a place where the art and the sculpture share the space with the ancient artistic heritage while the art galleries and the marble workshops pop up in the paved narrow streets of the historical centre near the wine bars and the elegant restaurants. The Langobard fortress to which some Renaissance elements have been added is standing on the top. Walking around the historical centre is like going back in time, you pass by the amazing rose window of San Martino cathedral dating back to the 15th century then you reach the modern Piazzetta del Centauro arranged in 1995 by using beautiful marble decorations and the sculpture by Mitoraj or you can see the old Medieval entrances to the feudal palaces. The trendy Marina isn’t far, you can enjoy your relaxing moments in front of the blue Tyrrhenian Sea. 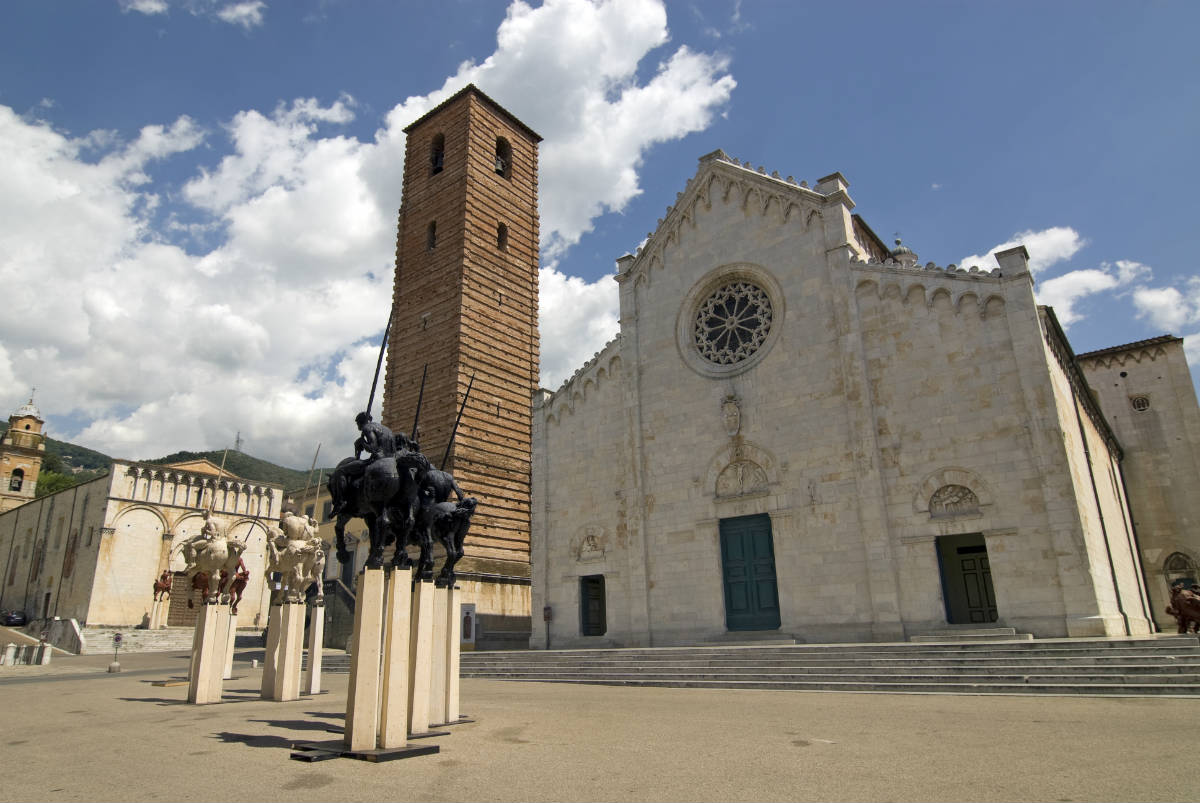 Camaiore and its beaches: the perfect match
Only eight kilometres separate the charming village of Camaiore from the sea where many golden sandy beaches are laid down along the coastline; it’s the perfect match of two different landscapes, the secluded monumental village and the trendy seafront that has been attracting the members of royal families, actors and artists who have always affected the urban display. For example the villa where Gabriele d’Annunzio and Eleonora Duse stayed at the climax of their love-story is a luxury hotel by the sea. If the recent history is about love and art the ancient history is about faith and the pilgrims when Campo Maggiore was a crossroad of the Via Francigena, it is also mentioned by the Archbishop of Canterbury in his famous travel diaries dating back to the 10th century. The Langobard San Pietro Abbey whose most ancient part dates back to 761 A.D. and the Parish Church of Santo Stefano, a bit more modern are interesting places to visit too since they remind the passing of the pilgrims headed towards Rome. 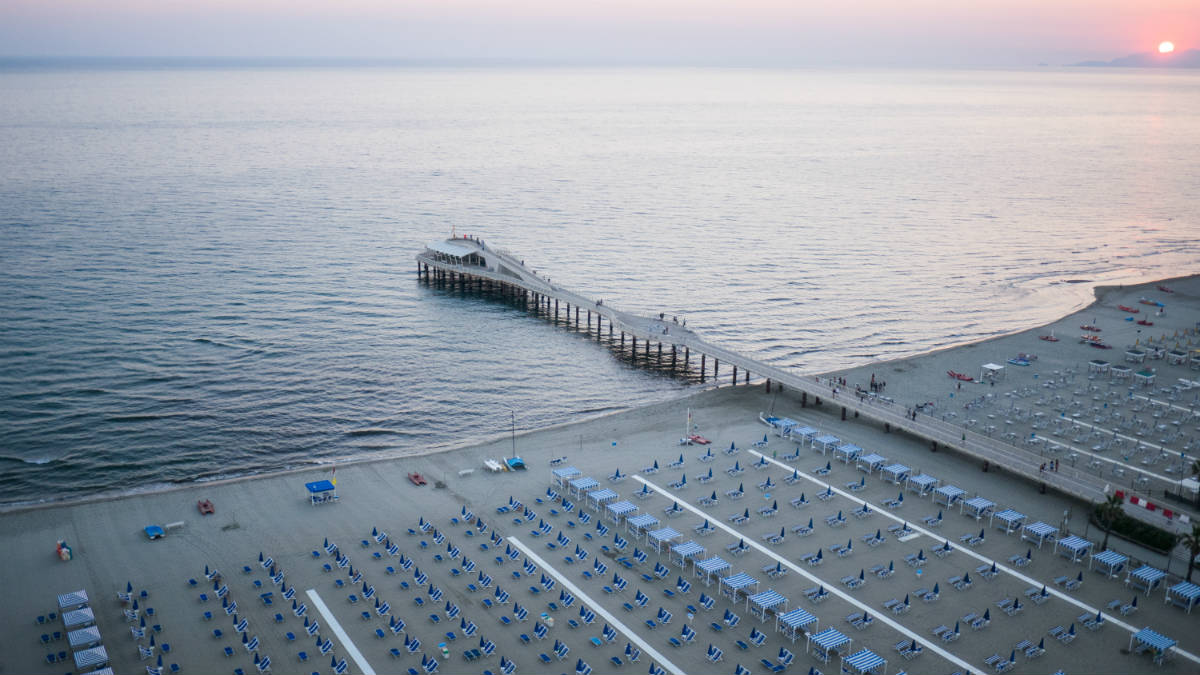 Casciana-Lari: spread beauty
In the hillside area around Pisa there’s a bunch of villages which are featured by their peculiar personality and they all have some treasures to be disclosed; these villages are called “the spread municipality “(comune sparso in Italian) of Casciana-Lari. It’s a very ancient Etruscan Roman area whose history is featured by many churches, the strongholds, the noble palaces, the sanctuaries, the farms and the mills that are spread in this territory. We can start with Lari, built around a Medieval fortress that was restored by the Medici family during the Renaissance and it was afterwards turned into the castle of the Vicari where the Florentines used to run the whole territory, including the witchcraft trials: according to the legend it is inhabited by the ghost of Rosso della Paola who was executed in the castle. We can now move to Casciana, surrounded by the olive trees and the vineyards, its thermal water is very famous and it’s protected by a wooden crucifix dating back to the 14th century which is kept in the church of San Martino in Petraija. Finally you can stop in Ceppato to see its towered houses and also visit Collemontanino and its massive fortress. 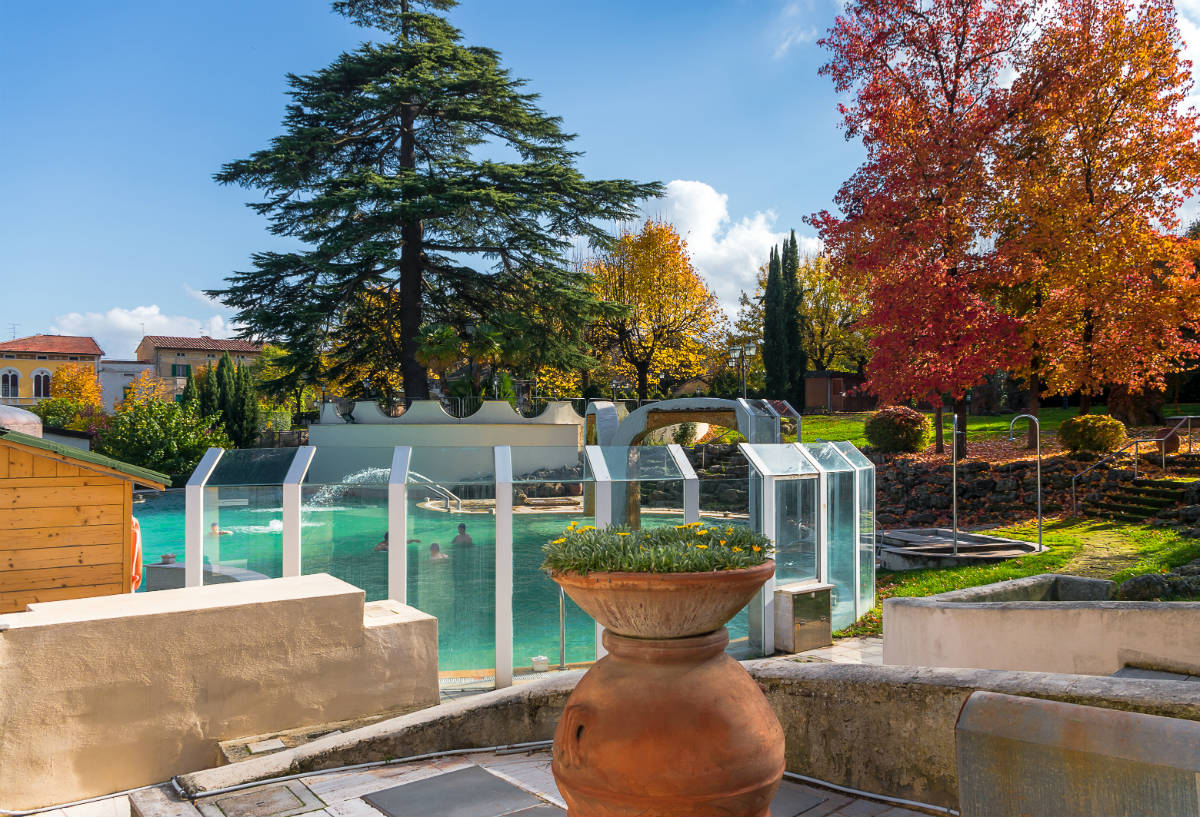 Via della Verdina, 36, Camaiore
La Castellana Hotel & Restaurant
Immersed in the land of Lunigiana, between the Ligurian Sea and the Tuscan hills, La Castellana H...