The island dedicated to Mary Magdalene, which gives its name to the whole archipelago, alone is worth a trip. 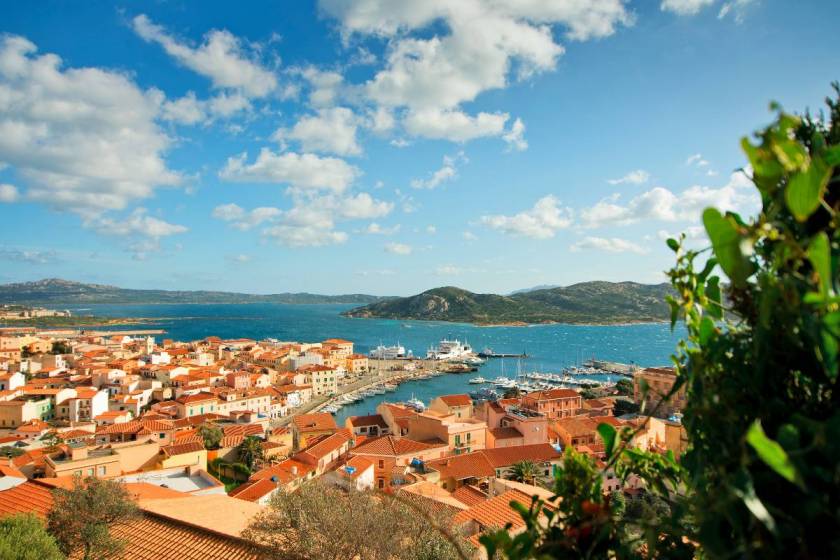 About sixty islands, islets and rocks form the first Historical and Environmental Geominerary Park in the world, but also the first national park in Sardinia, protected since 1994; in 2017 Legambiente and the Touring Club awarded the area five sails for the quality of bathing water and efficiency of services. Beyond the awards and numbers, the Maddalena Archipelago National Park fascinates for its unique mix of crystal clear waters with incredible colors - turquoise, emerald green, turquoise, emerald green, light blue and deep blue follow one another from cove to cove surprising at every glance - soft dream beaches, granite rocks with pinkish shades, scenic harbors and expanses of fragrant Mediterranean scrub, where juniper, myrtle, heather, euphorbia and mastic trees mark the landscape. To "complete" the fresco, you can not fail to mention the great wealth of wildlife, especially marine: it is not uncommon, in fact, to see dolphins and sea turtles (the beautiful Caretta caretta), but also sperm whales and minke whales. Finally, birdwatchers can watch, from the islands of the archipelago, the passage of migratory birds. 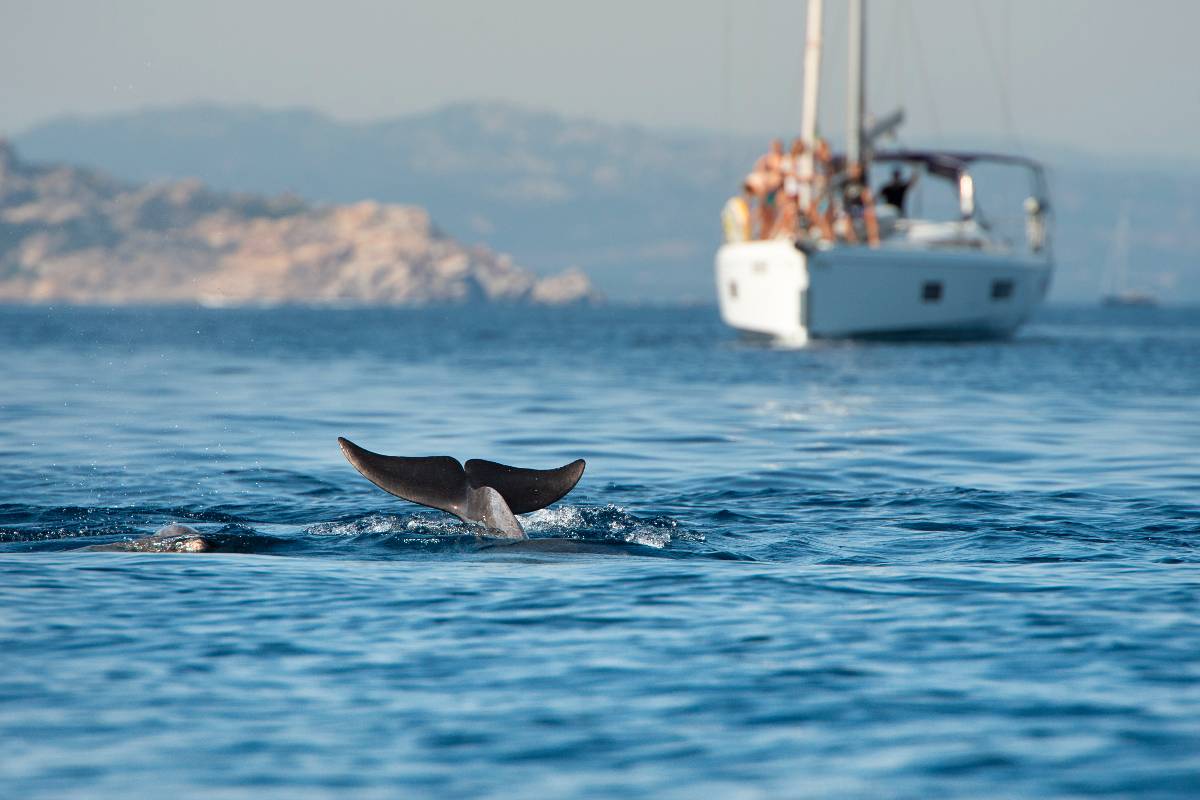 The island dedicated to Maria Maddalena, which gives its name to the whole archipelago, alone is worth a trip and it is already clear when you arrive at the picturesque harbor of the extraordinary fishing village, the only inhabited center of the entire national park, which welcomes visitors with its cobbled streets, embellished by eighteenth-century palaces and the church of the same name, as well as testimonies of the military past, such as the Naval Museum Nino Lamboglia - because of its strategic location, both Napoleon Bonaparte and Admiral Nelson attempted to conquer the island -. But it is the nature, wild and luxuriant, which sets scenic beaches - marked by bays and coves to be discovered without haste - to seduce visitors. From the fjord of Cala Francese to the beautiful Cala Spalmatore, with its pinkish rocks and cream-colored sand; from the marvelous Punta Tegge, lapped by an emerald sea, to Bassa Trinità - not to be missed with its landscape of white dunes and granite coves shaped by the wind - La Maddalena is truly a succession of surprises capable of enchanting the five senses. 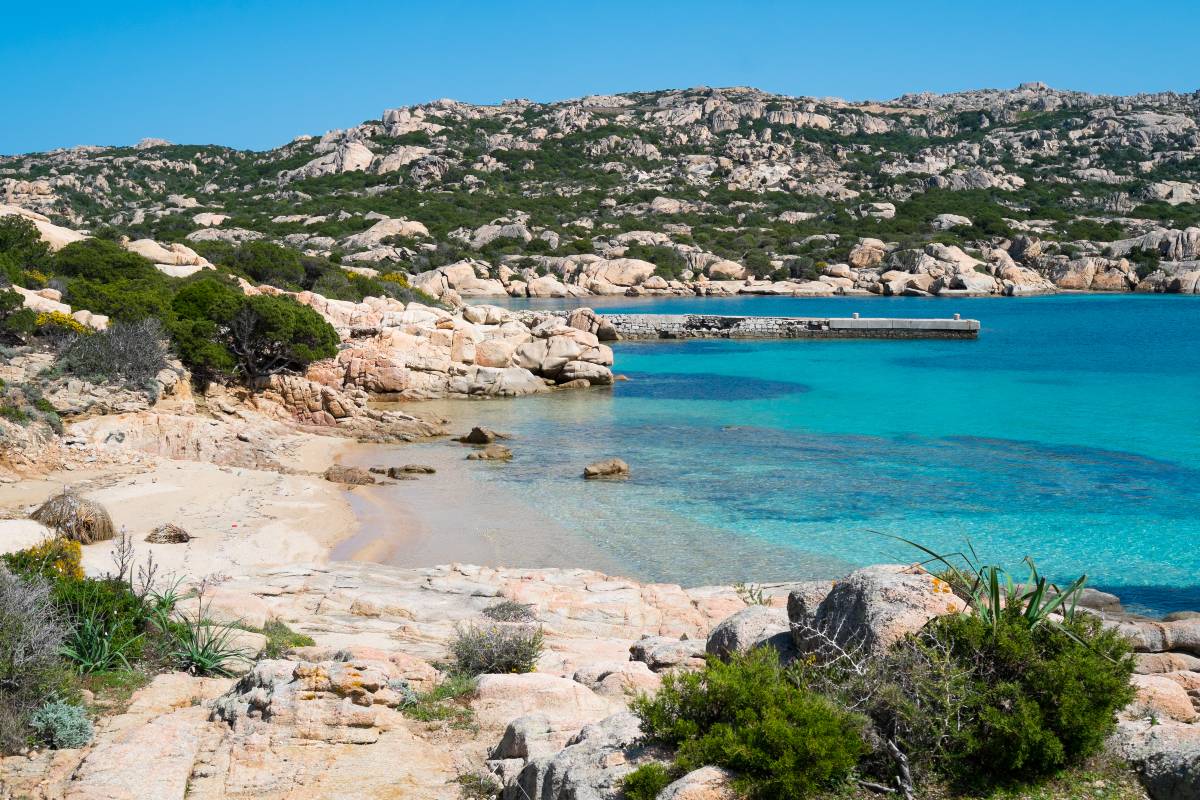 Caprera: between trekking and walking

Famous (also) for the prestigious Sailing Center, the beautiful island of Caprera is actually the ideal destination for lovers of trekking and walking: in 2011, in fact, have been restored the ancient paths - dating back to the late nineteenth century and often born with military purposes - that crossed it and now hikers can choose from 16 different routes of varying degrees of difficulty (on the park website, www.lamaddalenapark.it, you can download the topographical map, while for the more technological, a free app is available for different devices). Among the most scenic routes are certainly worth mentioning number 7, which climbs up to the granite peaks of Mount Tejalone offering breathtaking views of Maddalena, the infinite blue of the sea and the Strait of Bonifacio; and number 11, which follows a military mule track bordered by broom, juniper, myrtle and strawberry trees up to the fortification of Candeo, an evocative military anti-ship battery built at the beginning of the twentieth century and immersed in a fragrant and uncontaminated nature. 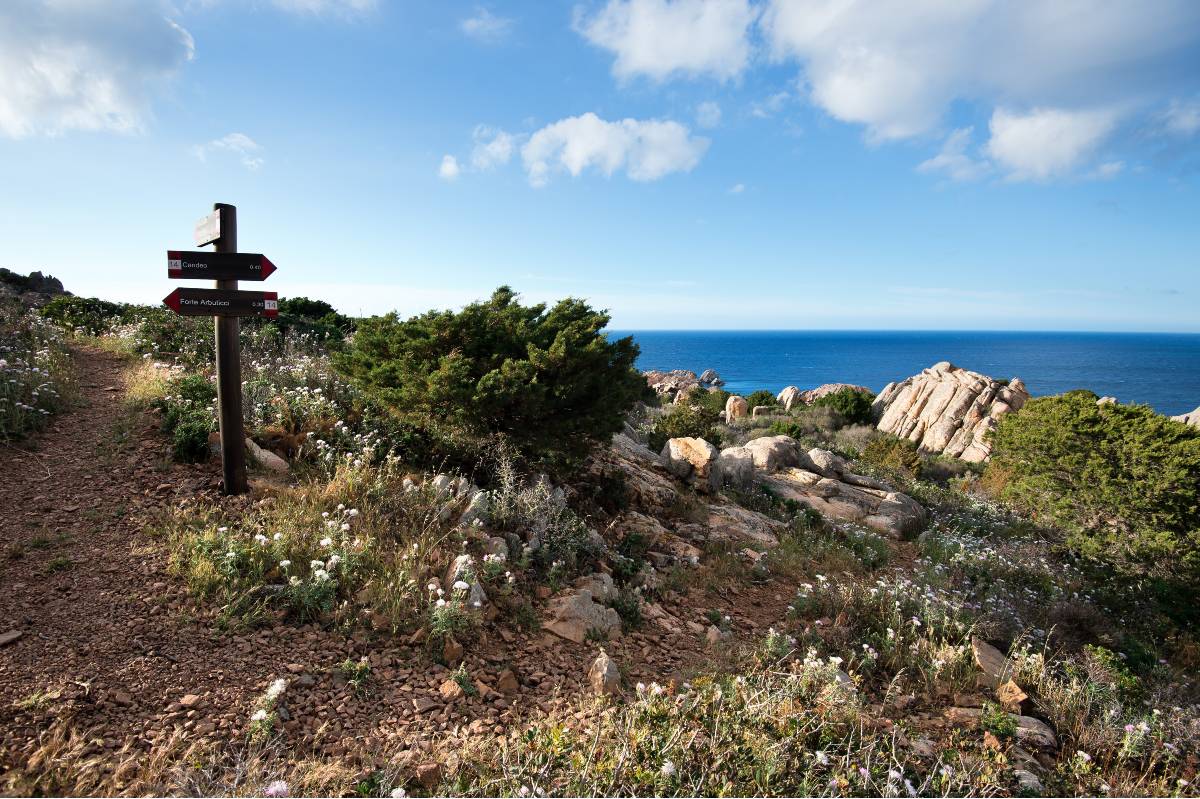 Enchanting sea and amazing nature - and therefore the possibility of practicing all sea sports and many land sports, trekking and hiking in primis - are enriched in Caprera with touches of history, inextricably linked to the name of Giuseppe Garibaldi: the Hero of the Two Worlds, in fact, spent the last 26 years of his adventurous life on the island and from here, precisely from the Casa Bianca - a simple and rustic building with Latin American reminiscences where Garibaldi moved after the death of his wife Anita - he planned his exploits; in an atmosphere of yesteryear, in the eight rooms of the White House are exhibited precious relics - including a tinder box given to Garibaldi by Meucci - while the rooms are left as they were at the time of the great hero's death (a wall clock next to the bed still marks the exact time, 18. 21 of June 2, 1882). Even Cala Garibaldi, a beautiful bay of light-colored rocks and Mediterranean scrub, with golden sand and crystal-clear emerald waters, echoes the steps of the great hero who loved, in fact, to moor his boats here. 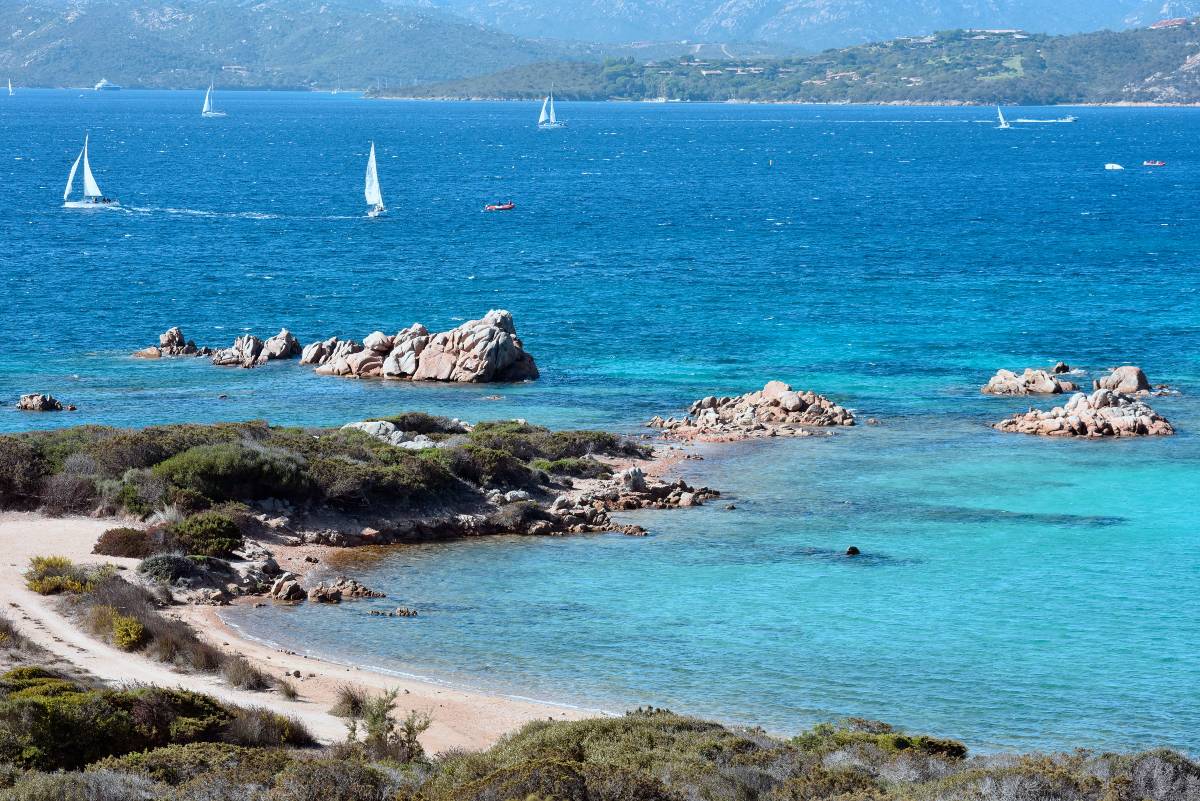 If each of the countless islands - some little more than rocks emerging from turquoise waters - of the archipelago of La Maddalena is a jewel in itself, there are some that deserve special mention for the preciousness of their ecosystems and for the unique beauty that distinguishes them. We can't help but start our list with a star of international fame, as delicate and threatened by mass tourism as it is surprising: we are talking about Budelli and its famous pink beach, prey in the past of unscrupulous tourists so much so that today it is forbidden to walk on the beach, which can still be admired from the wild back beach, reachable by two paths. The rugged and granite Spargi - the third largest island of the archipelago - is also an uncontaminated paradise, with fabulous beaches and an almost inaccessible hinterland, covered with junipers, strawberry trees and mastic trees. Moreover, birdwatchers should aim their telescopes and cameras at the nearby "little sister", Spargiotto, where some rare species such as the tufted plover, the Corsican seagull and the greater shearwater nest. Santo Stefano, finally, fourth island for extension, with its hilly territory, combines nature, once again, history: not only for the traces of the recent past as an American military base, not only for the eighteenth-century Forte San Giorgio - also known as Forte di Napoleone because it was from here that the Corsican general bombed La Maddalena - but also for the curious granite quarry in which you can see the colossal unfinished bust of Costanzo Ciano, father of the fascist hierarch Galeazzo. 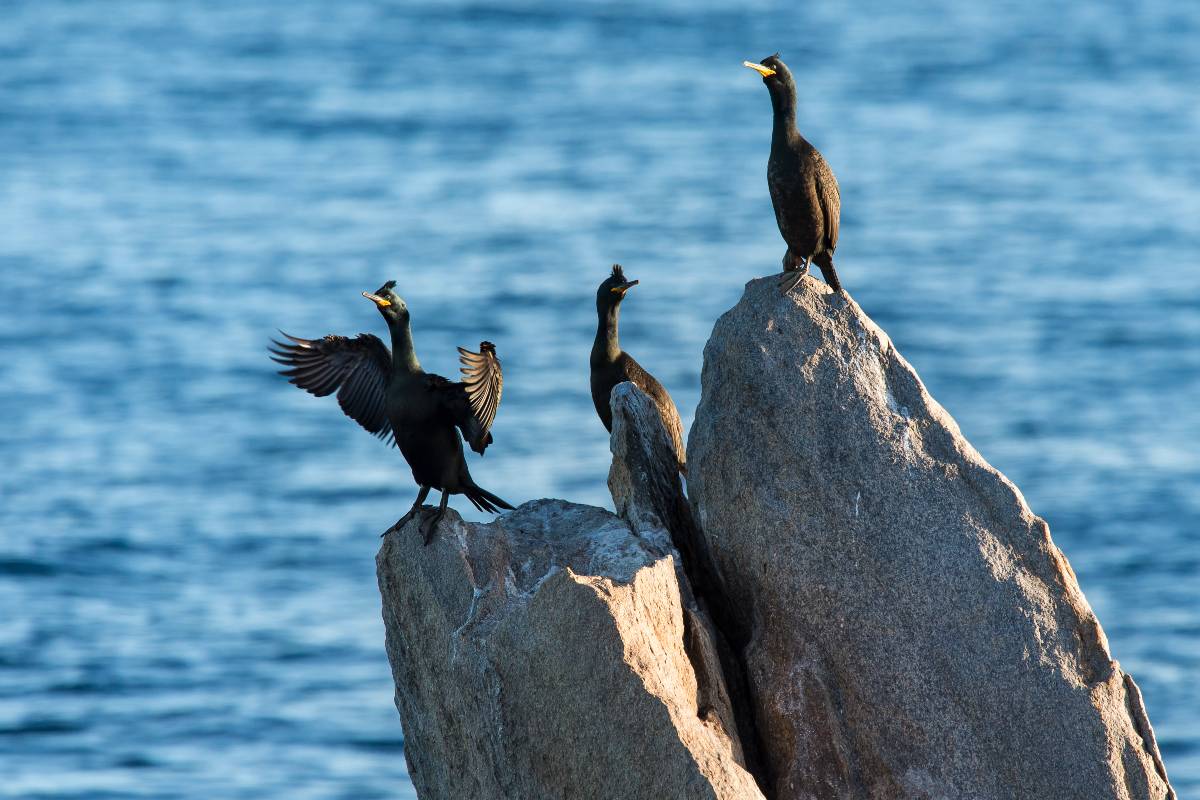 What to see in La Maddalena

Chapel of the Madonnetta
Garibaldi Compendium
Church of Santa Maria Maddalena
More...
are you an Italian villages lover?
Join our Community
and share you experiences!

The charm of the Nuraghi: the symbol of the his...
The 5 most fascinating caves in Italy
Nebrodi Park, nature with a view
More...