The villages in the hills

Italy is rich in villages and the most enchanting are the hilly ones, where hillocks, vineyards, castles and above all picturesque villages alternate. 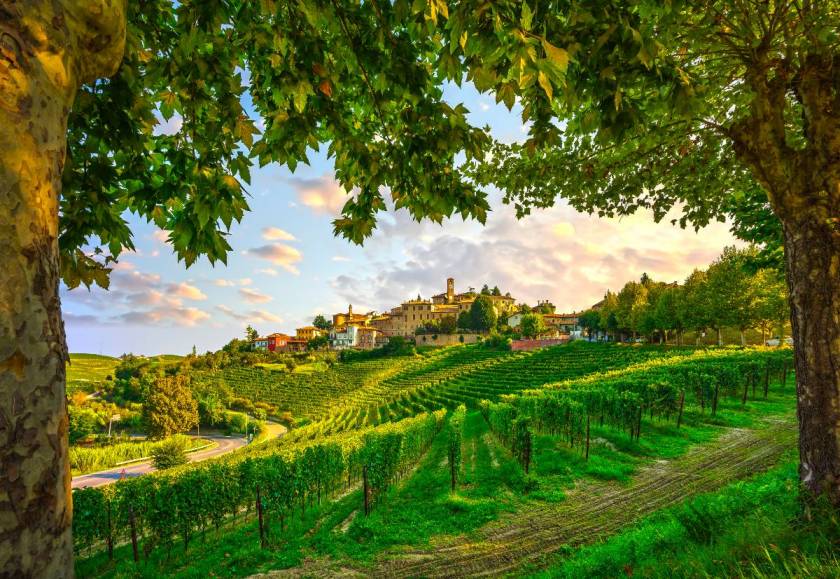 Italy is rich in villages, those small urban agglomerations with an intimate dimension and rarefied atmosphere that so enchant anyone lucky enough to set foot there: they are small jewels, born in a very distant past and developed around fortified citadels that still show all their secular grandeur.
Among the most enchanting Italian landscapes there are the hilly ones, where hillocks, vineyards, castles and above all picturesque villages alternate, some of which are really worlds to be discovered.

The most beautiful hilltop villages in northern Italy
Among the most beautiful hilltop villages in Italy is Brisighella, in the province of Ravenna: this small medieval town is literally clinging to the foot of three rocky pinnacles, at the top of which stand the Sanctuary of Monticino, the 15th century Rocca Manfredonia and the Clock Tower of 1290. Really picturesque is then the Ancient Via del Borgo, covered and elevated, with arches to illuminate it: in the past it was crossed by donkeys for the transport of goods, so that today it is nicknamed Via degli Asini.
Equally beautiful is the Veneto village of Asolo, a hermitage that has given rest and inspiration to characters like the poet Browning, the actress Eleonora Duse and the writer Stark. Dominating the village there are the remains of the Castle of the tenth century, connected by a wall to the fortress that stands on Monte Ricco and from which, on clear days, you can even see the Venetian Lagoon. Asolo houses many valuable works such as some altarpieces by Lorenzo Lotto in the Cathedral and the Paride by Canova in the Palazzo della Ragione. 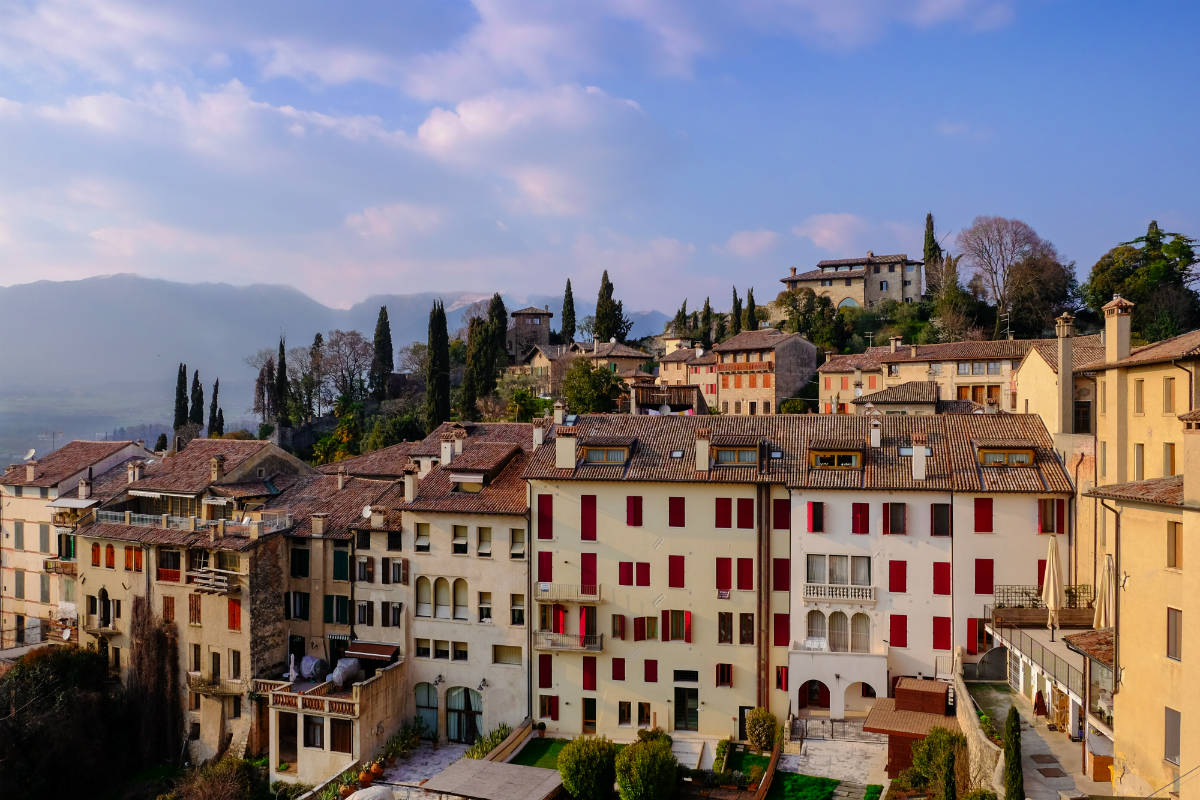 One of the most beautiful hilltop villages in Italy is Neive, in the heart of the Langhe UNESCO World Heritage Site. This small medieval jewel is linked to the excellent wines of the area and the Bottega dei Quattro Vini, located in the cellars of Palazzo Borghese, is the ideal place to get to know them. To see then the thirteenth-century Clock Tower, the remains of the Castle of 1276 and the adjacent Casa Forte of the Counts Cotti di Ceres.
Civita di Bagnoregio, in Lazio, stands only on a tuff hill that seems to be suspended on the clouds, surrounded by characteristic gullies: the "dying village" is slowly crumbling under the effect of earthquakes and atmospheric agents. In Civita time has stopped and, once past the viaduct, you enter a small ancient world, whose heart is the Piazza di San Donato in beaten earth, just as it was in the Middle Ages: this charming square hosts every year the Palio della Tonna in honor of the Madonna della Liberatrice with jockeys galloping not with proud steeds but donkeys. 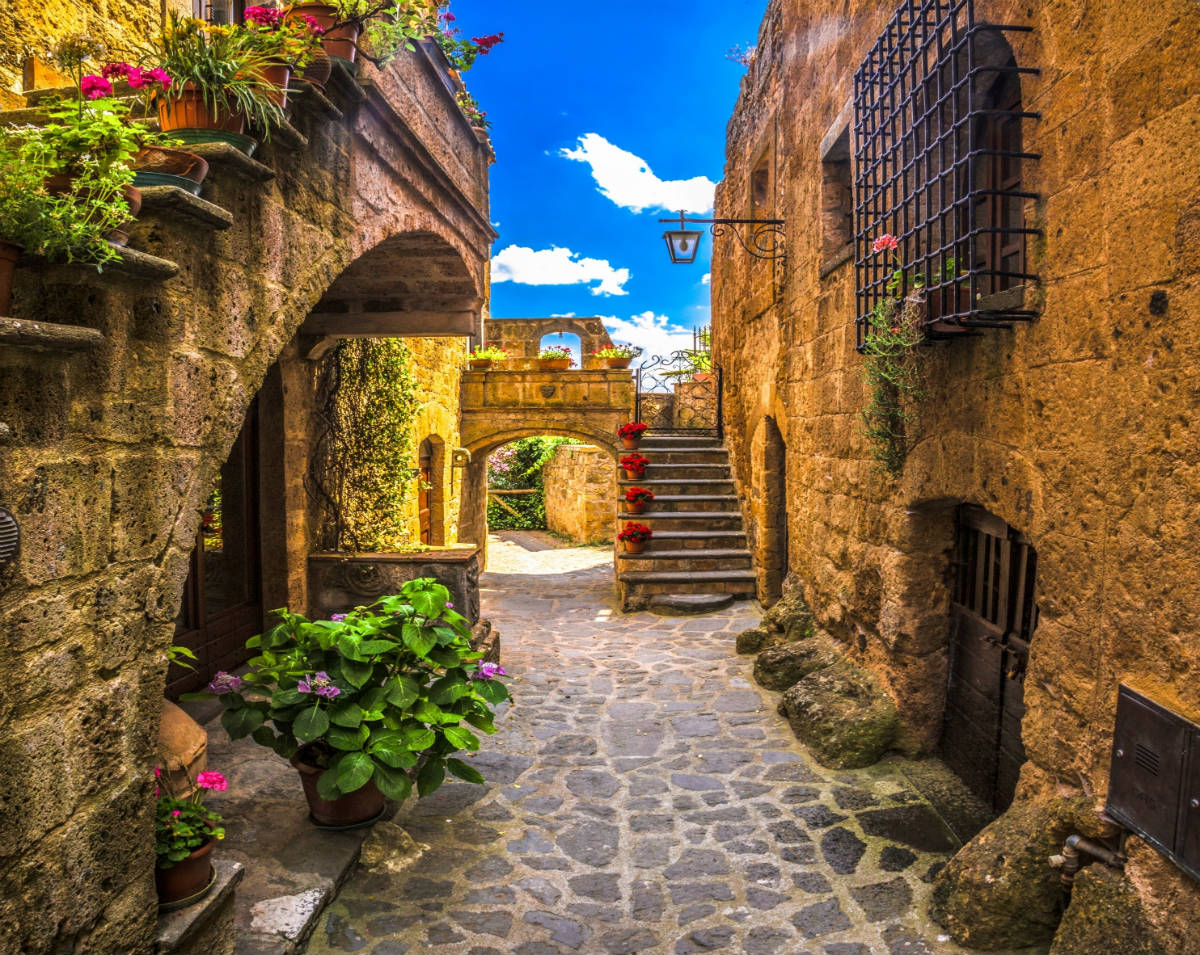 The most beautiful villages from central and southern Italy
Impossible not to understand among the hilltop villages to visit absolutely Pitigliano, in Tuscany, famous for the presence of hollow streets carved by the Etruscans in the living tufa rock. Walking through the streets of Pitigliano you will find beauties such as the Fountain of the Seven Spouts of the sixteenth century, the Orsini Palace of the twelfth century and the Cathedral of Saints Peter and Paul with its beautiful eighteenth-century facade.
The South of Italy is rich in beautiful villages and Erice, the so-called "Vetta annunciatrice della Sicilia bella" in the words of D'Annunzio, is one of these: surrounded by cyclopean walls built between VII and VI BC, even Virgil mentions the ancient Erice in his Aeneid. The symbol of the village, made of labyrinthine alleys often narrow enough to allow the passage of only one person at a time, is the Castle of Venus: the elegant building was built, as a watchtower, on the remains of a pagan temple and from here the view ranges from the Valderice Valley to the Gulf of Trapani to the Egadi Islands. 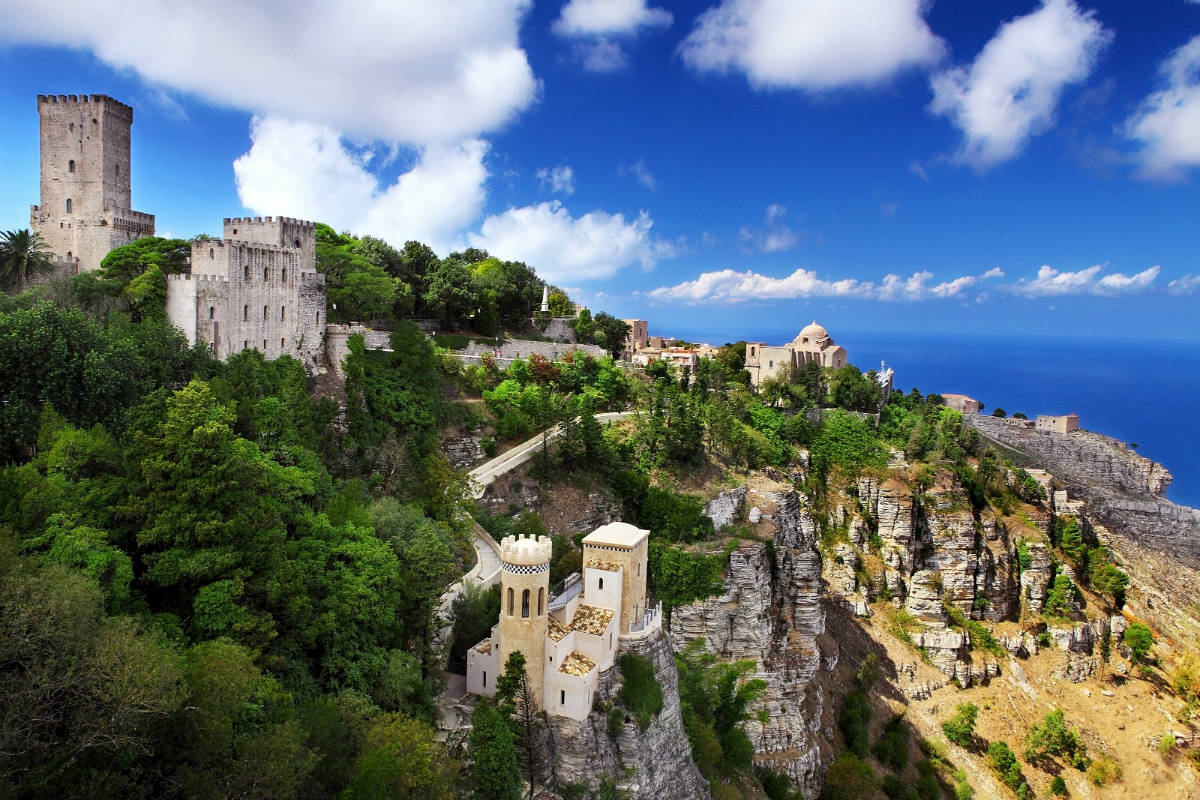 Moving in Calabria, there is Oriolo, a village of Cosentino built on a cliff 450mt high, overlooking the Iron Valley in the heart of the Pollino National Park. Oriolo is shaped around the Castle wanted by the Sanseverino family and, walking along its streets, you can find buildings such as Palazzo Giannettasio and the fifteenth-century Mother Church of San Giorgio Martire of obvious Norman origin.
Basilicata is mainly a hilly and mountainous region and it is not surprising that in its territory there are many beautiful villages, among which stands out Guardia Perticara, located 700 meters above sea level in the heart of the Sauro Valley. Walking through the silent alleys of the village, the most beautiful of which is the picturesque Via Armando Diaz, you can admire the stone of Gorgoglione shaped in decorations, coats of arms and bas-reliefs like the one on the portal of the Church of San Nicolò Magno.

Langhe Country House
In the UNESCO Heritage Sites, you will find the right place for a relaxing and warming holiday.

Via Pallareto, 15, Neive
Hotel Asolo
The Hotel Asolo is located in the heart of Veneto, at the foot of the Asolo hills and the town of...

Via Castellana, 9, Asolo
Albergo Ristorante La Rocca
In the heart of the Apennines between Ravenna and Florence, in the centre of Brisighella, in the ...

Piazza Italia, 23 , Neive
Massimo Rivetti Farm
Rivetti Family makes wine from five generations: the farm in the fraction of Froi, in the village...

What to see in Brisighella

Via degli Asini
Pieve di San Giovanni in Ottavo
Rocca Manfrediana
More...
are you an Italian villages lover?
Join our Community
and share you experiences!