The 10 most beautiful villages set in the rock

The villages are able to combine history and charm. Among the most characteristic we list 10 of the most beautiful villages nestled among the rocks 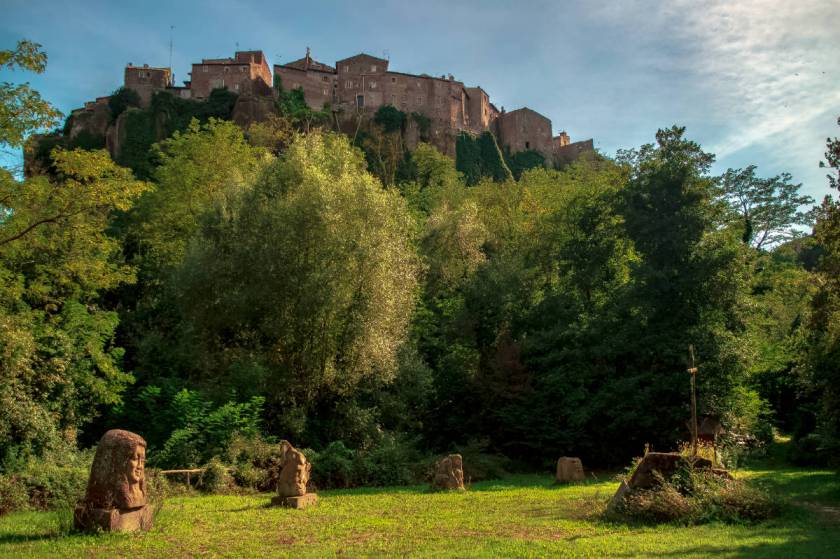 The Italian territory is rich in wonderful landscapes. Some of the places able to combine history and charm are the villages. From north to south, the villages are numerous and scattered in every region. They can be found in the most varied places: from islands to inland areas, from lakes to mountains, from hidden bays to jagged cliffs. But each of them is capable of making anyone who takes the time to visit them fall in love. Among the most characteristic are the villages nestled among the rocks of which 10 of the most beautiful in Italy are described below. 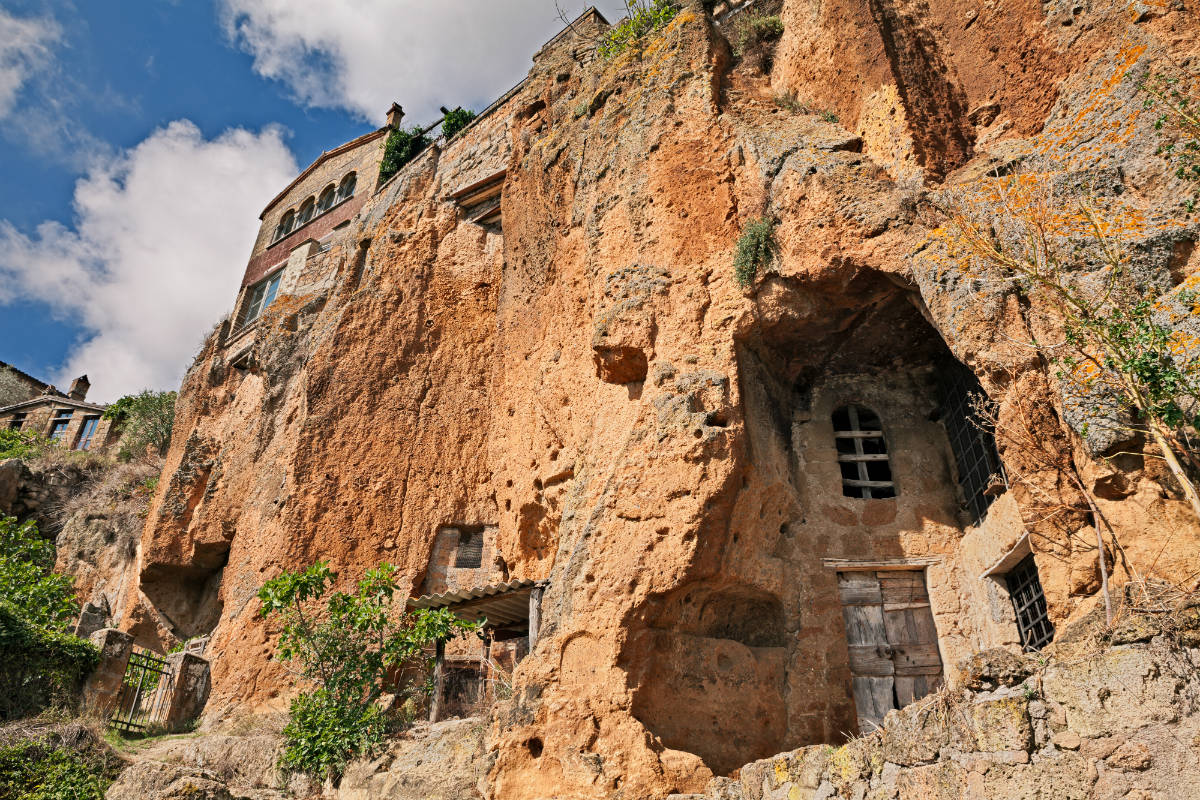 Manarola, Liguria
In the province of La Spezia there is one of the most beautiful places of the Cinque Terre, Manarola. It is one of the smallest villages in the area, overlooking the sea and surrounded by hills. While walking between one street and another, from the upper part of the village to the lower one, you can admire the typical coloured houses. Manarola is known for its wines, especially for the local wine called Sciacchetrà. In the main square of the village you can see the Church of San Lorenzo, the Bell Tower and the Oratory of the Disciplinants, while the Castle is distinguishable thanks to its circular stone structure. 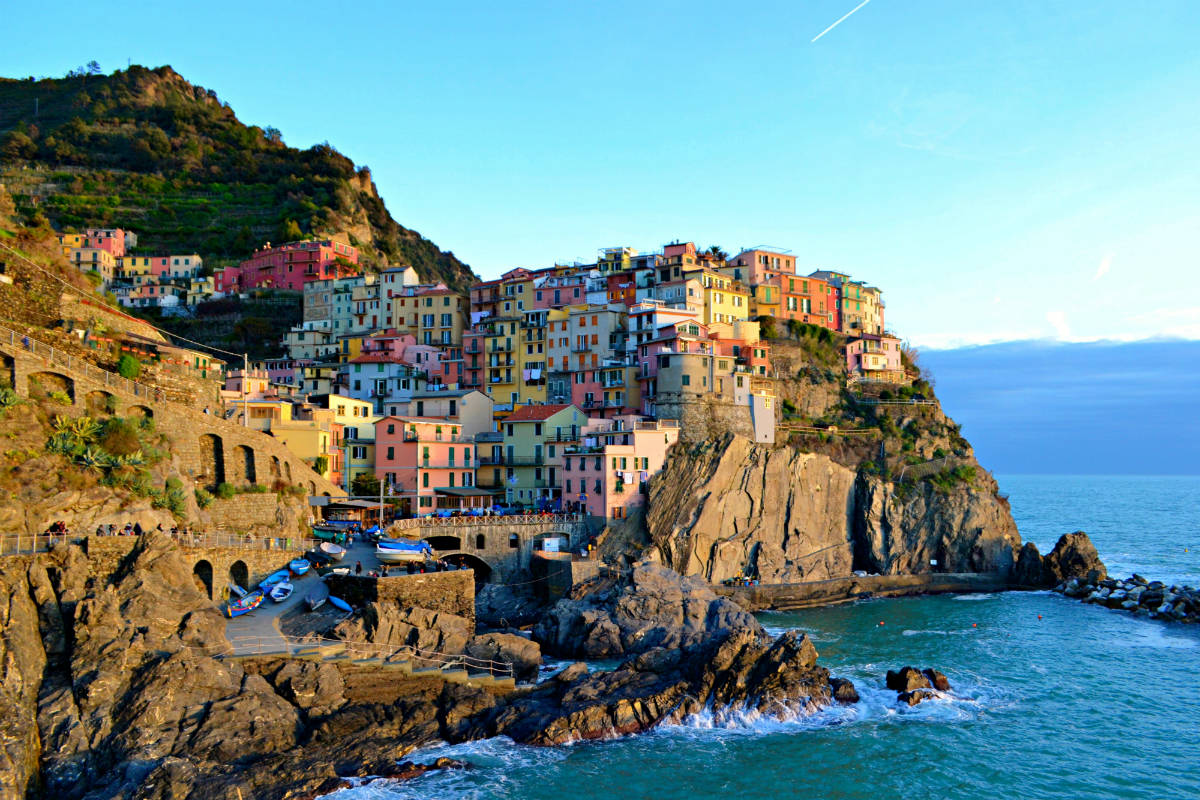 Pitigliano, Tuscany
The village of Pitigliano is located on a tuff hill overlooking the valley and it is thanks to this particular position that it is considered one of the most beautiful villages in Italy. In fact, not by chance, it is called "the little Jerusalem". After having admired the picturesque village from outside, entering the historical centre is even more peculiar. 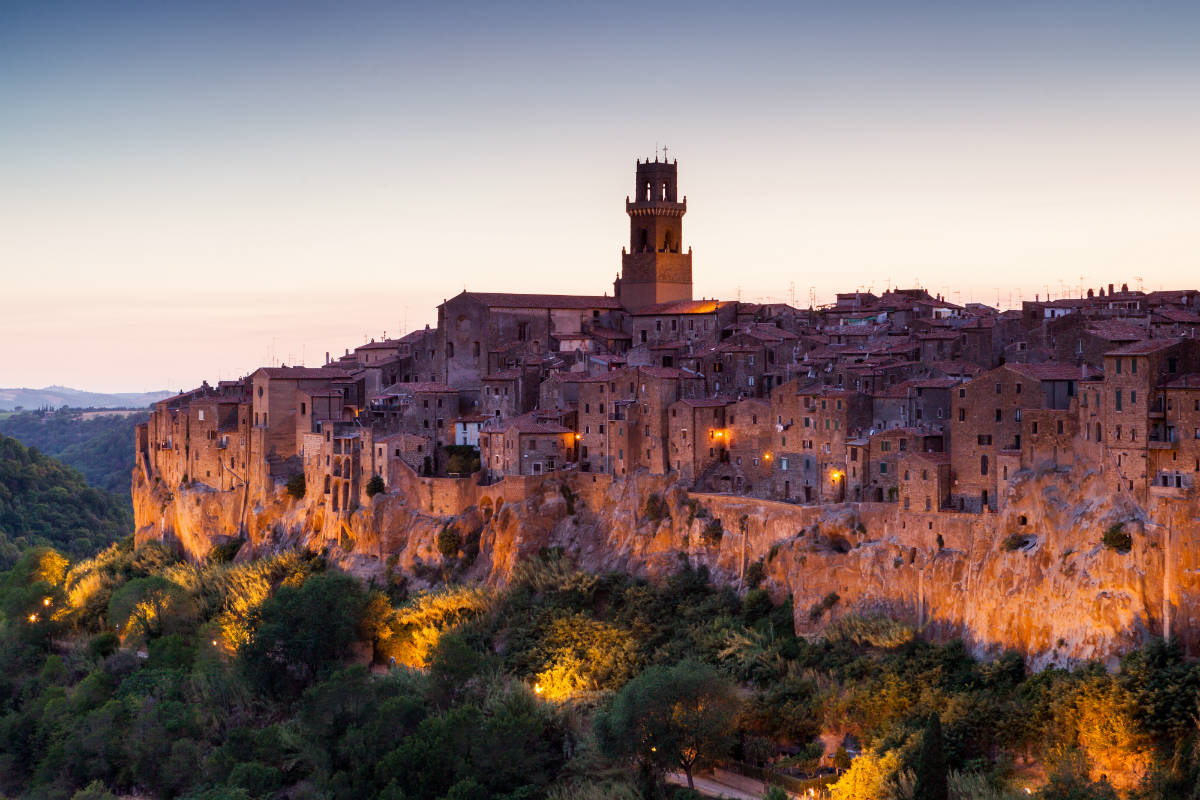 Sorano, Tuscany
Near Pitigliano there is another incredible village, Sorano. Called "la Matera della Toscana", Sorano is perched on a tuff spur and is immersed in the hills of the Tuscan Maremma. The village dates back to the Etruscan period in fact, walking through the streets, you can see remains and historical hints that have remained intact. Moreover, it is not only the beautiful landscape that attracts tourists, but also the thermal baths, where you can go to the main establishment to enjoy all the benefits of the local waters. 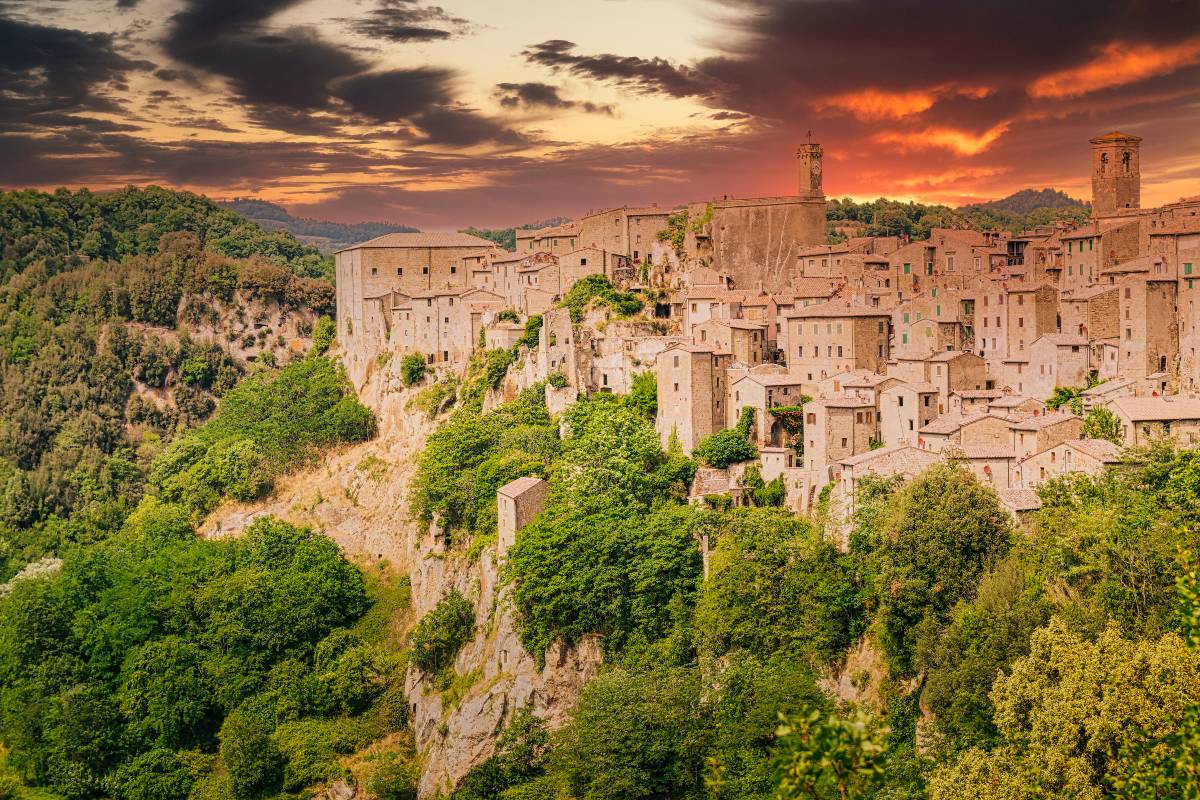 Civita di Bagnoregio, Lazio
Another of the most beautiful villages in Italy perched on the rock is surely Civita di Bagnoregio. Nicknamed "the dying city" because the hill on which it is perched risks becoming weaker and weaker due to the erosion of the rocks by two streams. In fact, to reach the village you have to cross a 200 metres long bridge, from which you can observe one of the most beautiful views of the whole region. The medieval atmosphere that you can breathe among the narrow streets of the village, gives surreal emotions to all those who visit this place where it seems that time has stopped. 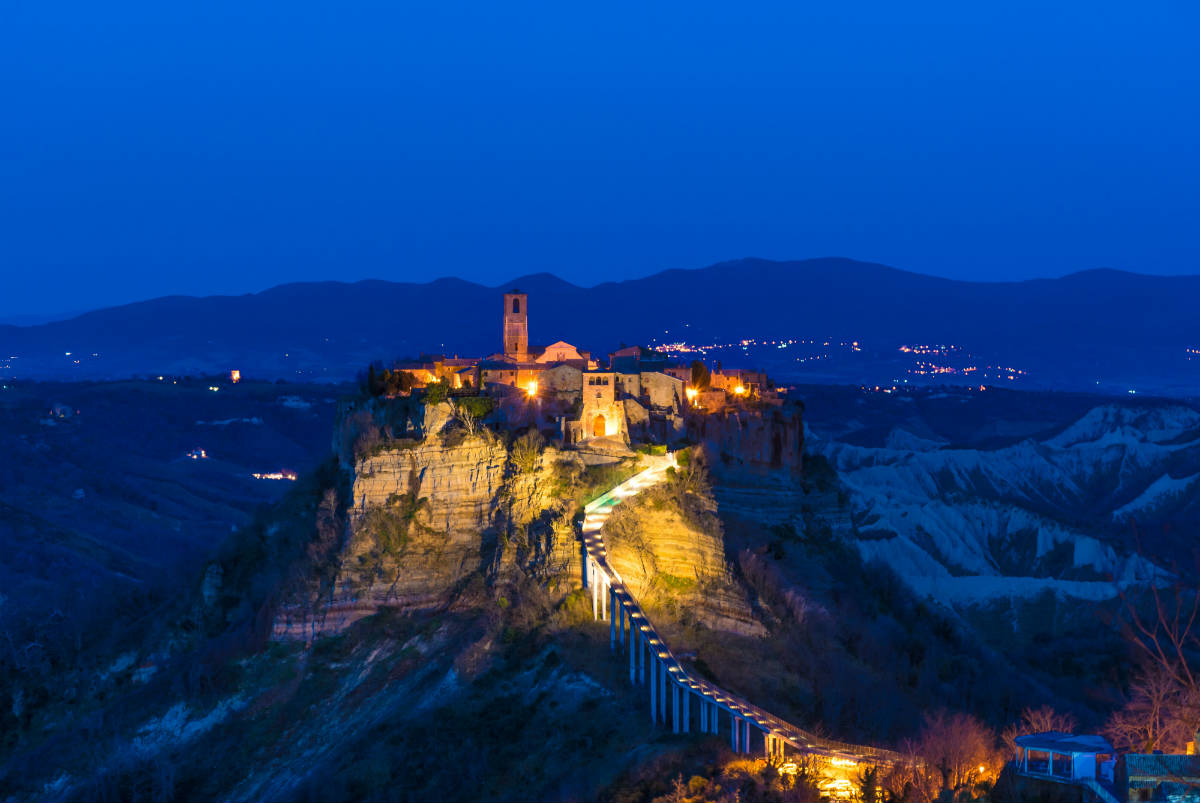 Vitorchiano, Lazio
"The suspended village" is how Vitorchiano is known. It rises on large boulders of peperino, the volcanic rock that characterises the whole territory. In fact, this type of rock is still extracted and worked today. The whole historical centre is distinguished by the grey colour given by the peperino. In the surroundings of the village there are numerous uncontaminated woods where many species of wild animals live. 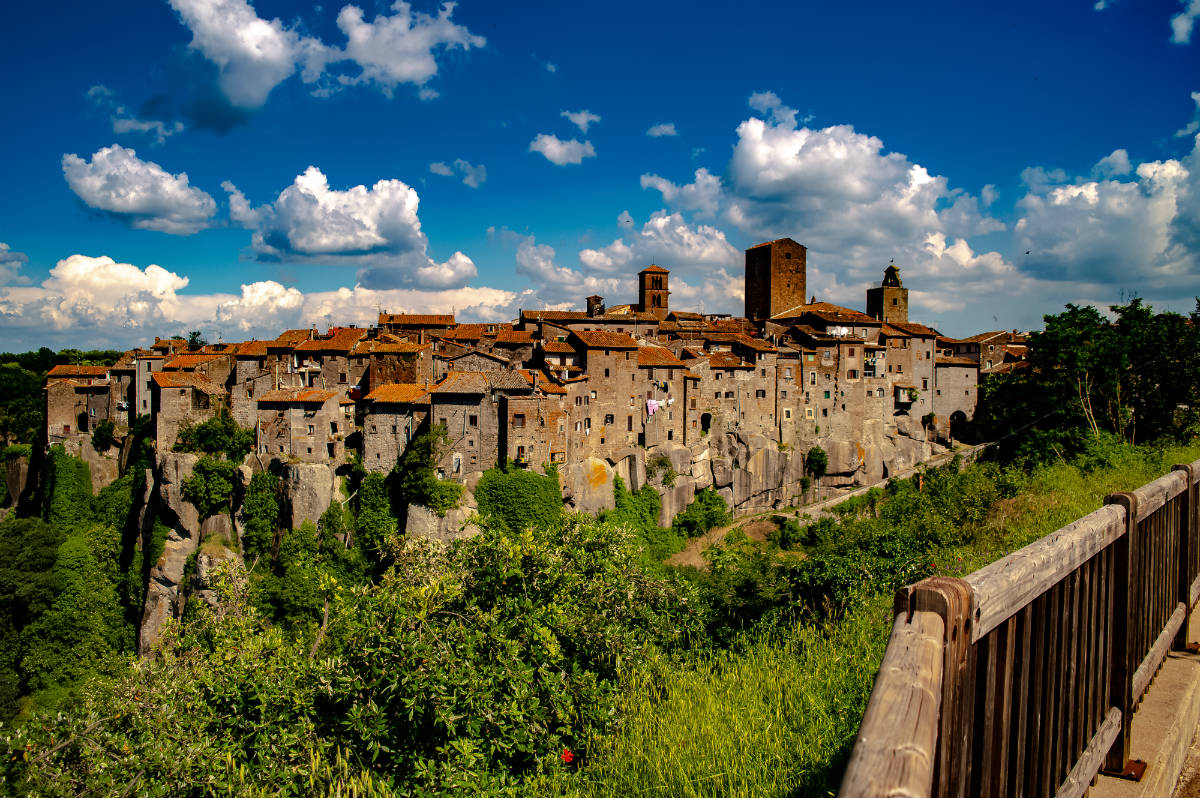 Sant'Agata de' Goti, Campania
In Benevento, at the foot of Mount Taburno, there is the village of Sant'Agata de' Goti, which stands on a tuff cliff. The perimeter of the village is a semicircle, in which all around are the hills. In this place are absolutely to try the typical dishes and the local wines, in fact you can also visit some of the cellars in the tuff subsoils. 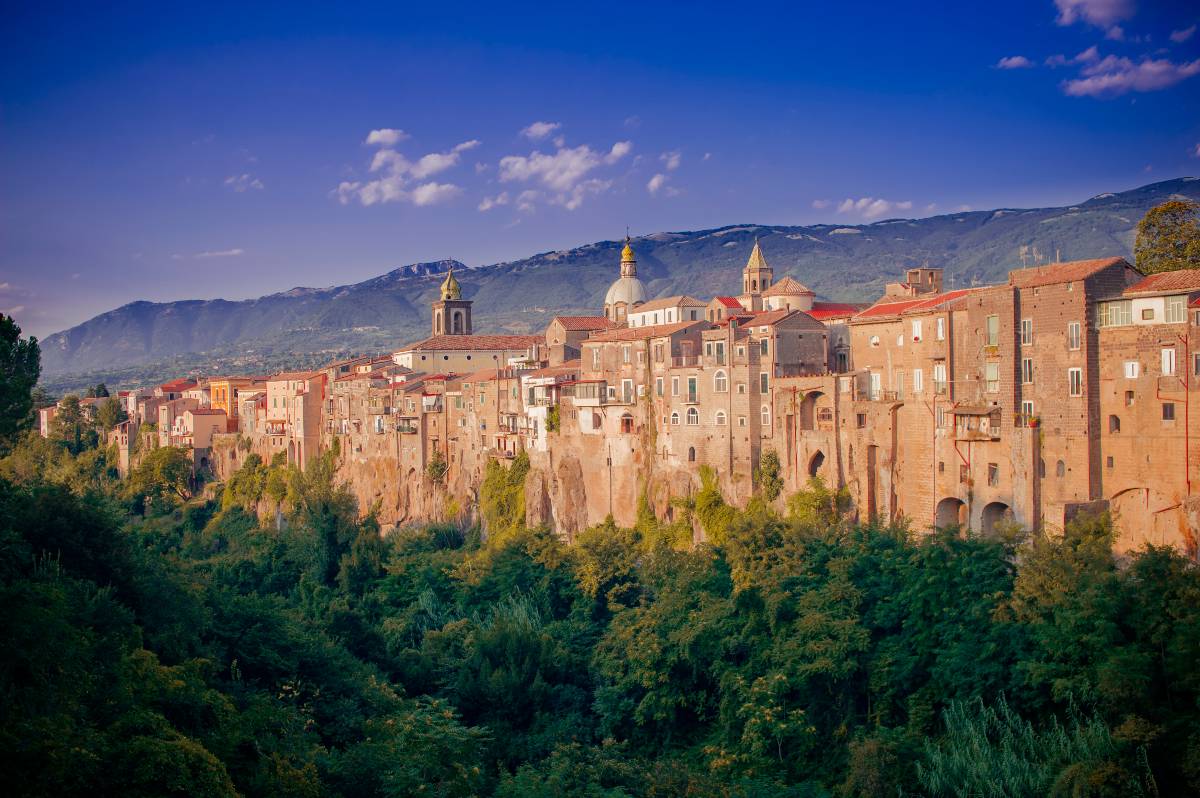 Positano, Campania
In the middle of the Amalfi Coast there is one of the jewels of Campania, Positano. It is a village overlooking the sea where coloured streets, small alleys with steps and rocky curves alternate. Since ancient times Positano has been the destination of famous people to spend their holidays, and still today it is a luxury destination. 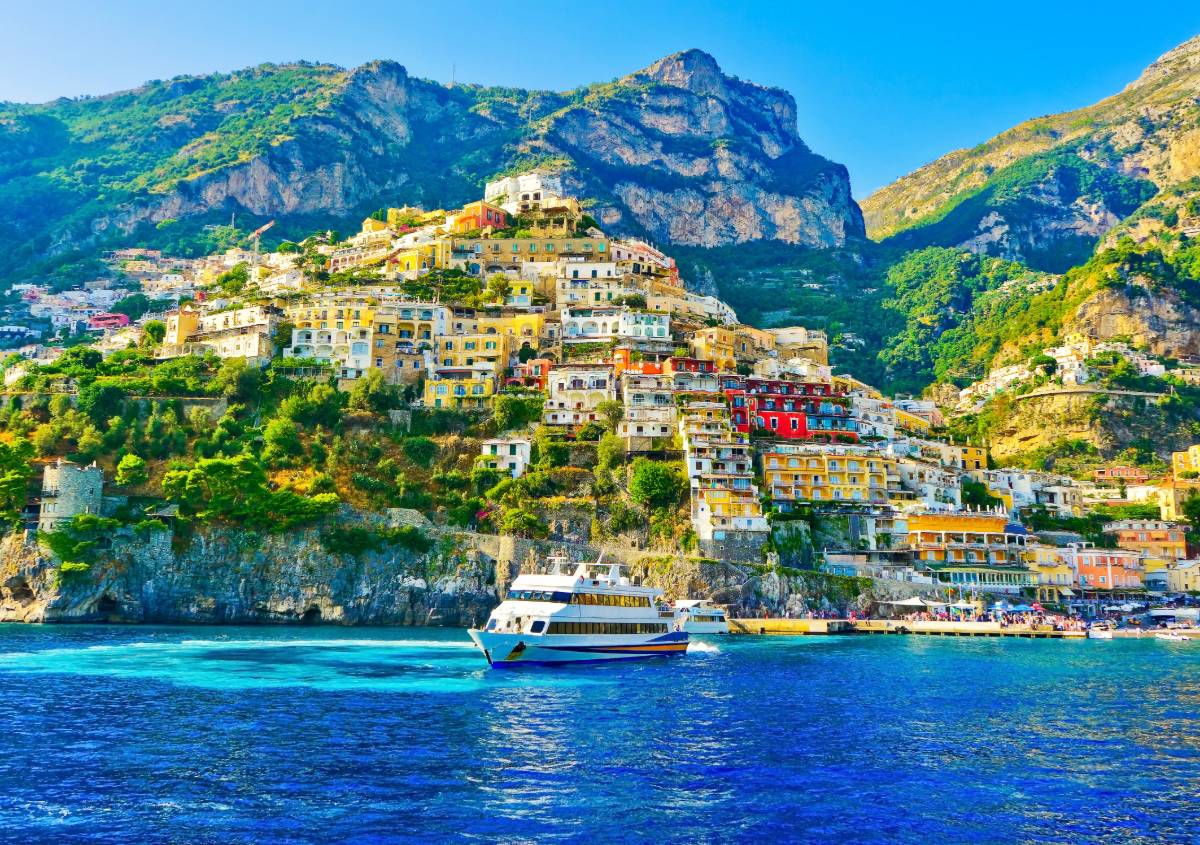 Castelmezzano, Basilicata
In the middle of the Little Lucanian Dolomites is Castelmezzano, a small medieval village. To reach this wonderful place you have to cross a gorge and a tunnel dug into the rock. After that you can enjoy the view of the village characterized by narrow alleys, steep steps and houses built on the rocks. In Castelmezzano you can experience the thrill of practicing the "Volo dell'Angelo" (Angel's Flight) by jumping into the void until you reach Pietrapertosa. 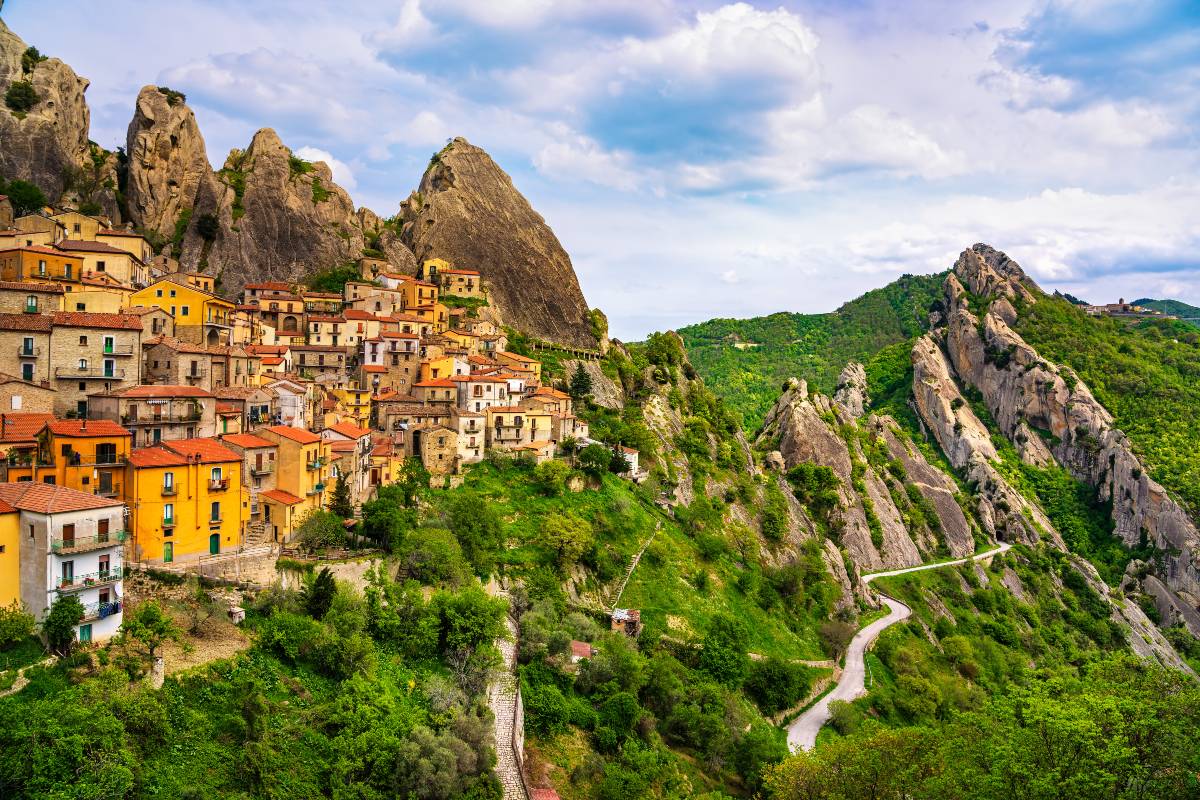 Pentedattilo, Calabria
One of the most fascinating villages in Calabria is Pentedattilo. A small ghostly village full of legends. The village has as background the Mount Calvario which is characterized by its unusual shape. In fact, its five points that rise above it recall the shape of a hand. One of the most beautiful things to do is to walk along the narrow streets to enjoy the suggestive atmosphere and see how the local craftsmen have reinvented themselves over time. 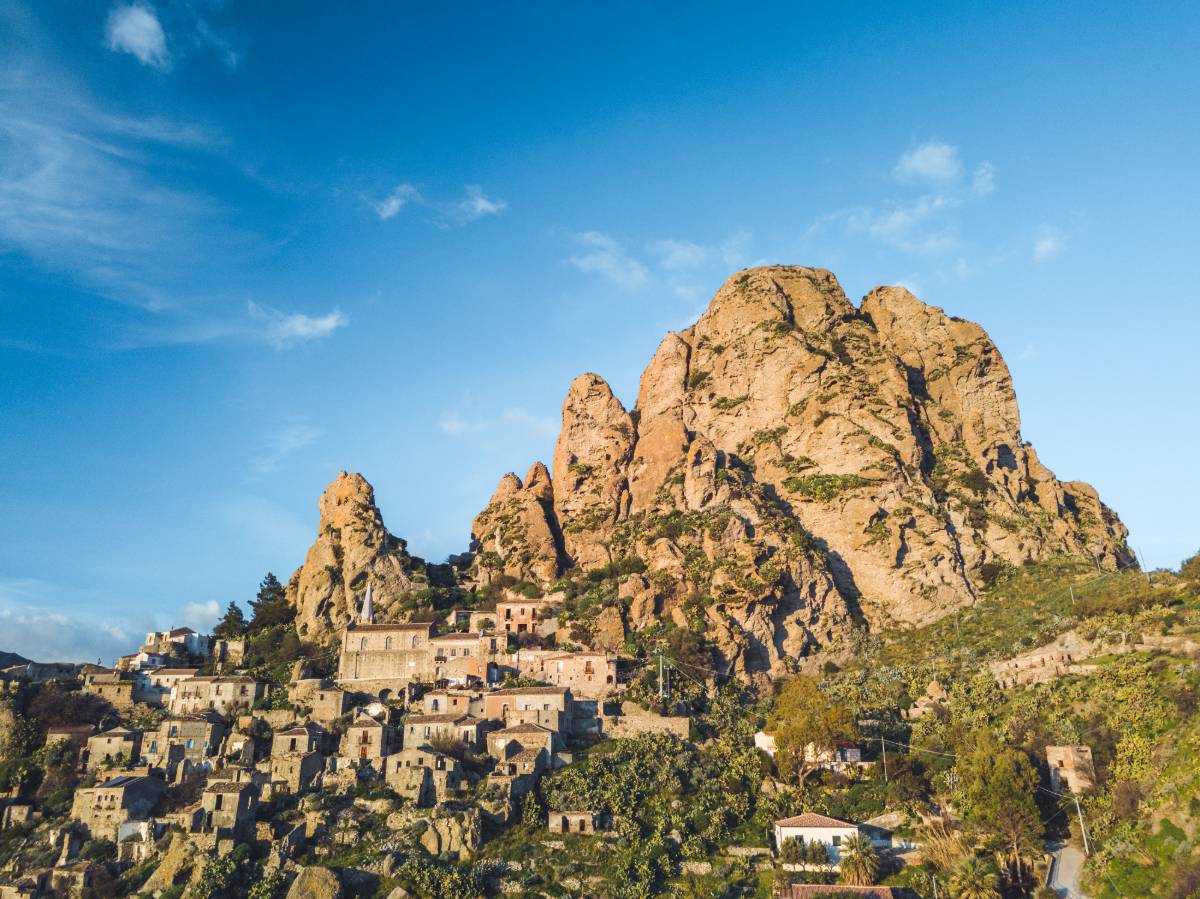 Polignano a mare, Puglia
In Apulia, one of the most appreciated villages by tourists from all over the world is Polignano a Mare. The rocky promontory is sheer to the blue sea. The panorama makes the village enchanting. In addition to the numerous beaches where you can enjoy the scent of the sea, you can also visit the caves of the coast. 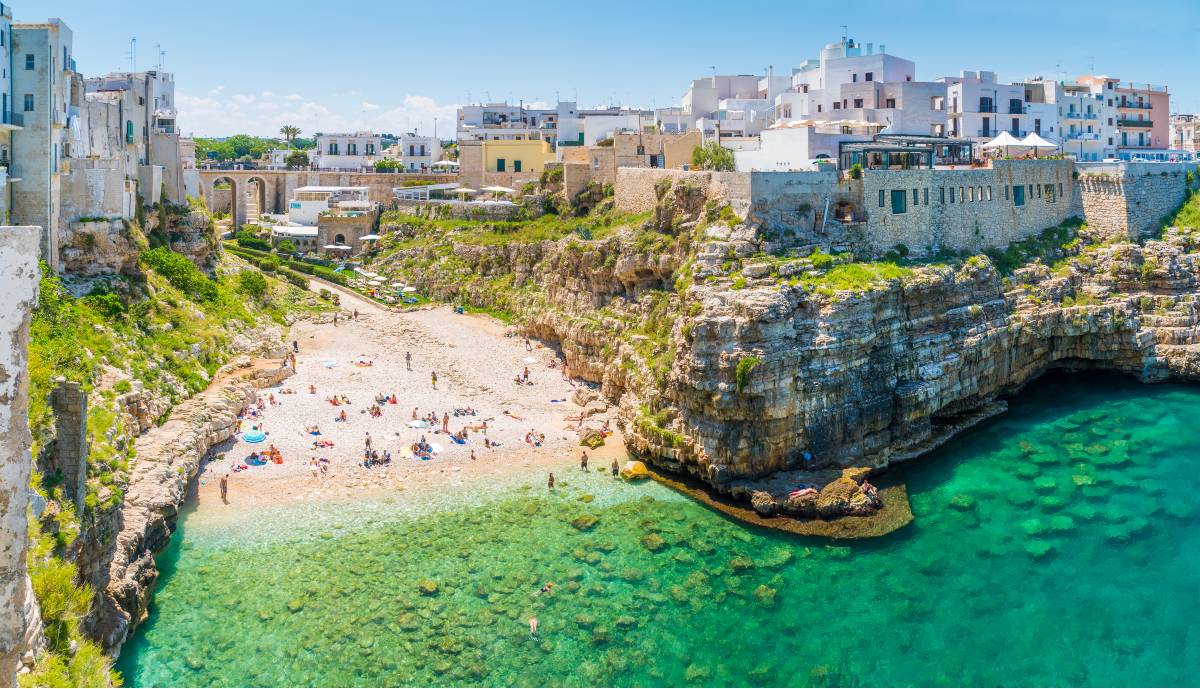 Via San Vito, 149 - 70044, Polignano a Mare
Trattoria-Pizzeria Il Cuccundeo
Open at lunch and dinner, this trattoria offers traditional dishes of Apulia with a touch of orig...

What to see in Positano

Church of Santa Maria Assunta
More...
are you an Italian villages lover?
Join our Community
and share you experiences!