The most ancient and suggestive Carnival celebrations in the Italian villages

In the Italian villages we still relive one of the most loved festivals by adults and children: the Carnival. Let's take a look at some of the oldest carnival celebrations in Italy 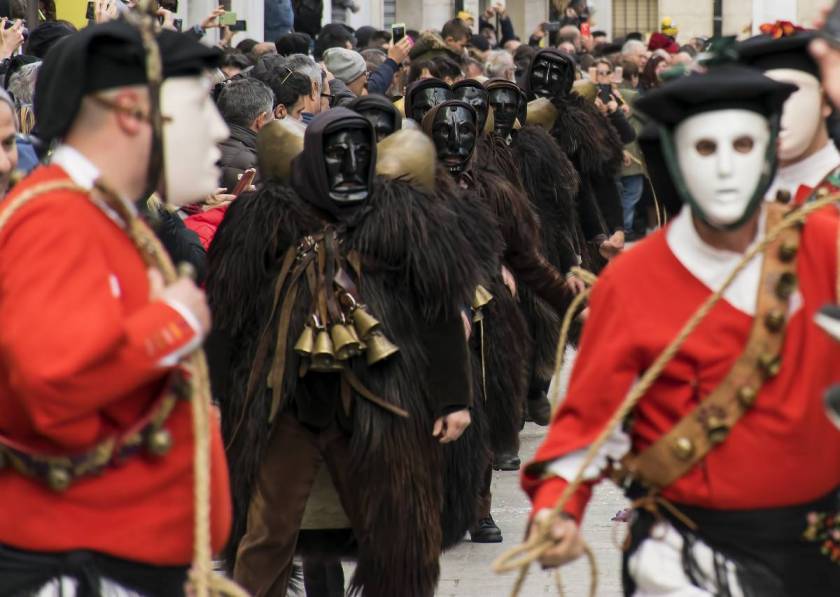 Among the most loved and felt festivities all over the world there is certainly the Carnival, synonymous with colors, dances, confetti and masks of all shapes. The motto of the Italian Carnival, married in every latitude, is "Semel in anno licet insanire", that is allowed to go crazy once a year: in fact in this period everyone dresses up and have fun dancing, making jokes and mocking friends and relatives. The Carnival does nothing but follow what in fact was originally the "Saturnalia of ancient Rome": one of the most widespread and popular religious festivals, which was celebrated in honor of the god Saturn, whose festivities, which wanted to abolish social distances, were licentious and orgiastic. In fact, for their duration even slaves were allowed to celebrate in freedom.
With the arrival of Christianity, however, they tried to remove the pagan patina from this festival, linking it to the period of Lent: before the penance and fasting was therefore allowed to give free rein to all fun and goliardia, even at the table.

Valfloriana is a picturesque scattered municipality in the province of Trento and is located in the heart of Val di Fiemme, with its frescoed buildings, historic farmhouses, stone fountains and paths that lead even to the top of the Lagorai. The locality is famous above all for its Carnival, one of the funniest and oldest in the entire Alpine arc: everything revolves around an exhilarating wedding procession that, as in the past, took place mainly in winter. On the day of Shrove Saturday, through the streets of the village, starting in the morning, the participants begin to parade with a lot of traditional wooden masks, called facère, made and painted by hand by skilled craftsmen. To the parade are also added the matoci, traditional masks decorated with bells, rosettes, lace and colored ribbons. During the parade the villagers give life to the contrèst, an exchange of jokes, strictly in dialect, ironic and irreverent, on private and collective events.
The parade can not miss the bizarre Harlequins, the most graceful, with their pointed headdresses from which hang many satin ribbons, dance gracefully, waving a colored handkerchief. Followed by the bride and groom, among noisy musicians: the man in the bride's clothes and the woman in those of the groom.
For the eight kilometers of the route, the winter climate does not seem to disturb the large procession of participants and even the many tourists and curious people who want to live a moment of lightheartedness. Everything ends with grostoli, pancakes and the carnival dance, which continues until the morning. 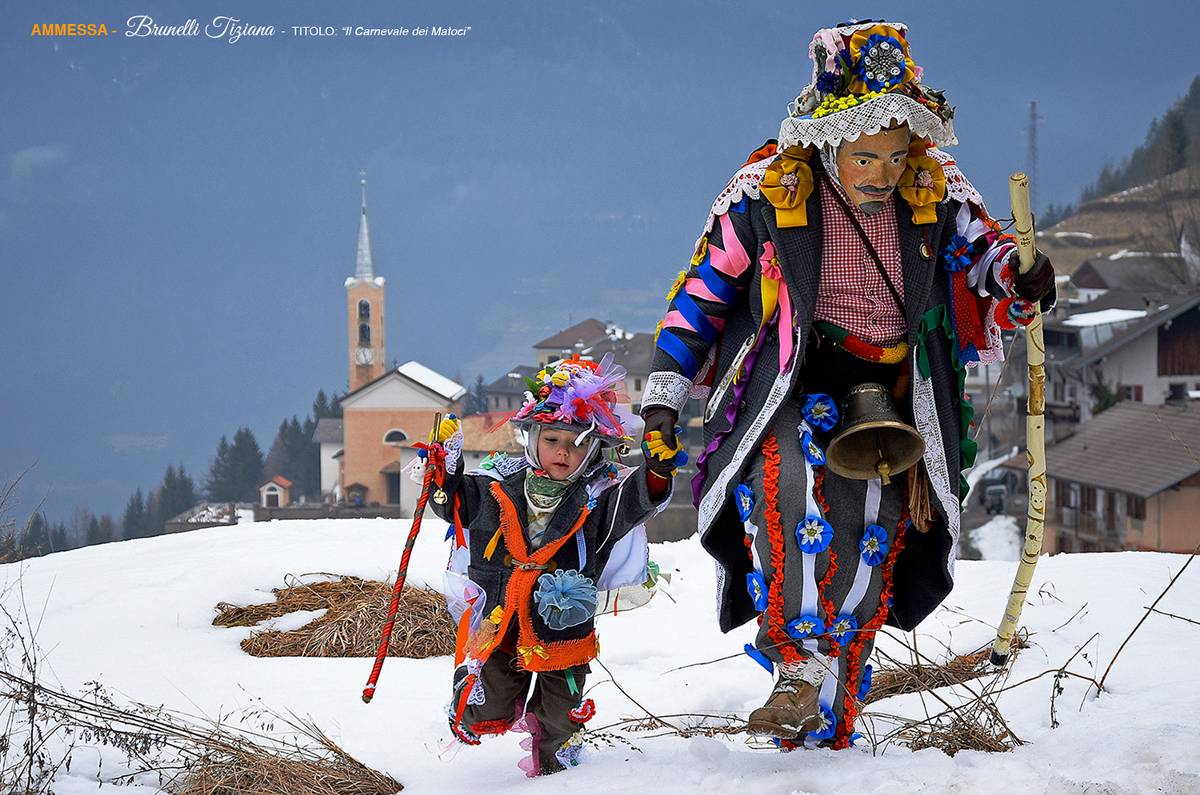 The Carnival of Mamoiada

Among the most historical carnivals in Italy there is the one in Mamoiada, a small village located in the heart of the fascinating Barbagia di Ollolai, a land famous for its centuries-old traditions. Among these there is the most famous Carnival of all Sardinia which sees as protagonists the Mamuthones and the Issohadores.
The Mamuthones, dressed in dark sheepskins, wear a black wooden mask with a suffering or impassive expression and on their backs they wear "sa carriga", cowbells weighing about 30 kg tied with leather straps, while around their necks they wear smaller bells. They represent the transposition man-beast.
The Issohadores instead wear a linen shirt, a white anthropomorphic mask, a red jacket, white pants and a female shawl. Their job is to lead the Mamuthones and kidnap with wicker ropes, among the people, the young women, symbol of fertility.
The Carnival of Mamoiada is a real exhibition in the form of a parade, a unique event that attracts a multitude of tourists and lovers of folk traditions. 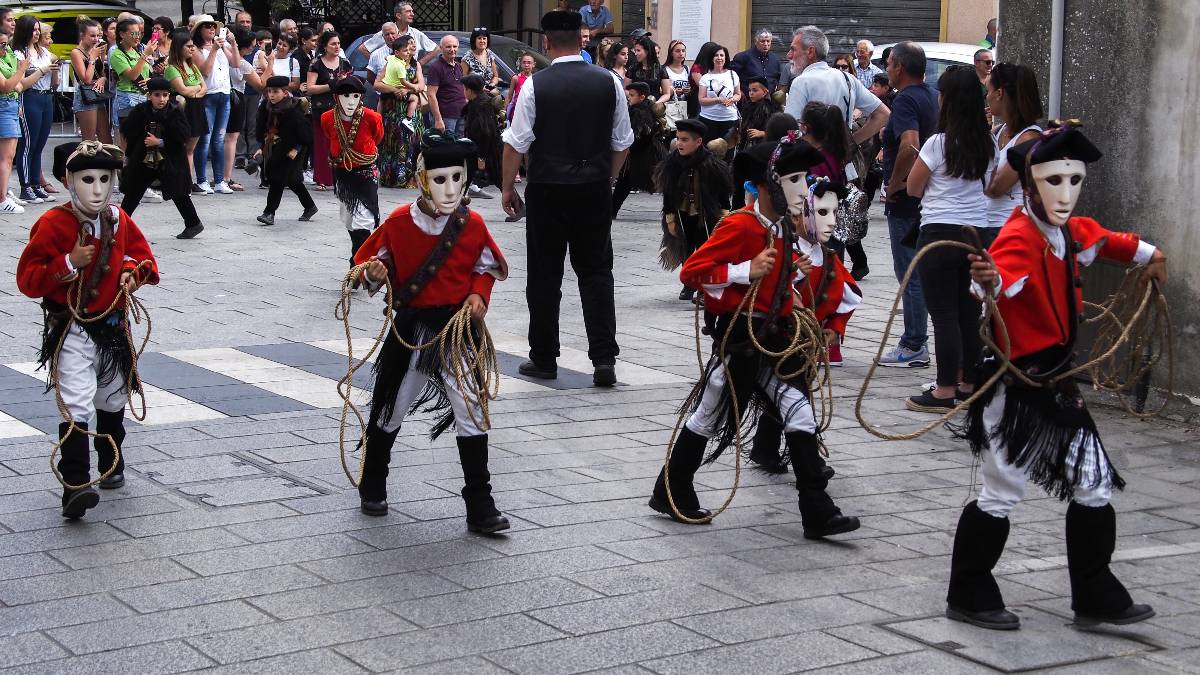 Not to be missed is the Carnival of Montescaglioso, a municipality located in the heart of the Parco della Murgia Materana, one of the most famous in Lucania. The Carnival of Montescaglioso has a double soul that is revealed in the "Traditional Carnival" and in the "Montese Carnival", among the most famous and ancient organized in the region.
During the Traditional Carnival that is staged on Mardi Gras, from the first light of dawn, masked groups parade through the streets of the village playing cowbells. Among the protagonists of the event there is the Carnevalone who parades on a donkey, his wife the Quaremma, dressed in black, who carries in her arms a puppet in swaddling clothes, Carnevalicchio, dressed in white in opposition to his mother and symbol of the new, and "U' Fus'", personification of the "Parca romana", mythological figure that overlooks the destiny of man. The costumes worn by the participants are made of paper, cardboard, fabrics of clothes no longer used. Along the streets of the village, the masks are recognizable by their colors and boldness, they hold out their hands and demand even the smallest coin, but do not refuse sweets or wine.
On the Sunday before Mardi Gras, and on Mardi Gras itself, it is the turn of the Montese Carnival that sees the parade of impressive allegorical floats inspired by satire and social events of the moment. Already during the autumn, the local paper mache masters draw the drafts of the floats that dominate the scene. 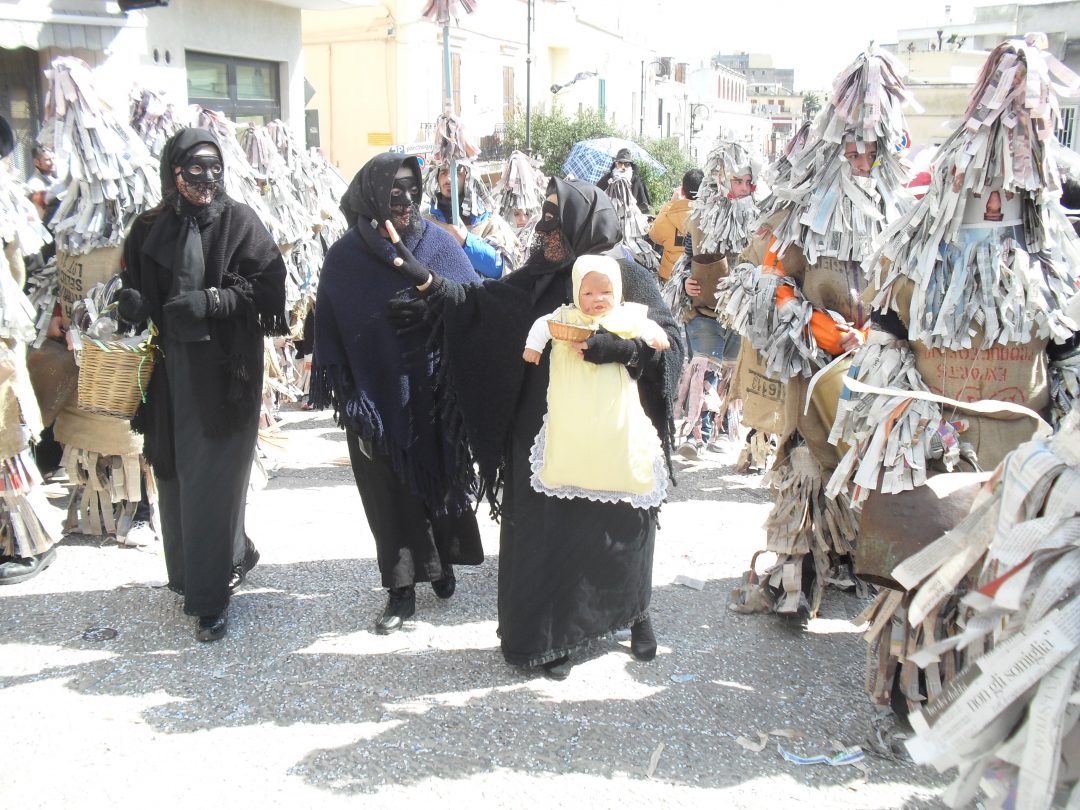 The Carnival of Saint-Rhémy-en-Bosses or of the Coumba Freida, a village in the Valle del Gran San Bernardo where the Jambon de Bosses ham is produced at 1600 meters above sea level, recalls a historical event that really happened: the passage of Napoleon with his 40,000 soldiers in 1800 through the Colle del Gran San Bernardo, along the Via Francigena. It seems that the leader faced such prohibitive weather conditions as to surprise the citizens.
Today the carnival parade, made up of masked groups that depart from Bosses Castle, is headed by the figure of Napoleon on horseback, followed by the Guide waving the Carnival banner.
Also taking part in the parade are the figure of the devil, who with his red cloak personifies all the evil forces and the Arlequins, who with their particular hats bring joy to the streets of Saint-Rhémy-en-Bosses.
Not to forget also the Mascre, black disguises that recall the gloomy winter days, chased away by the sunny ones that recall the wonderful summer days.
Then come the figures dressed up as Bears, symbol of the impetuosity of nature, their Diomatori and then the married couple, called Tocca and Toque. 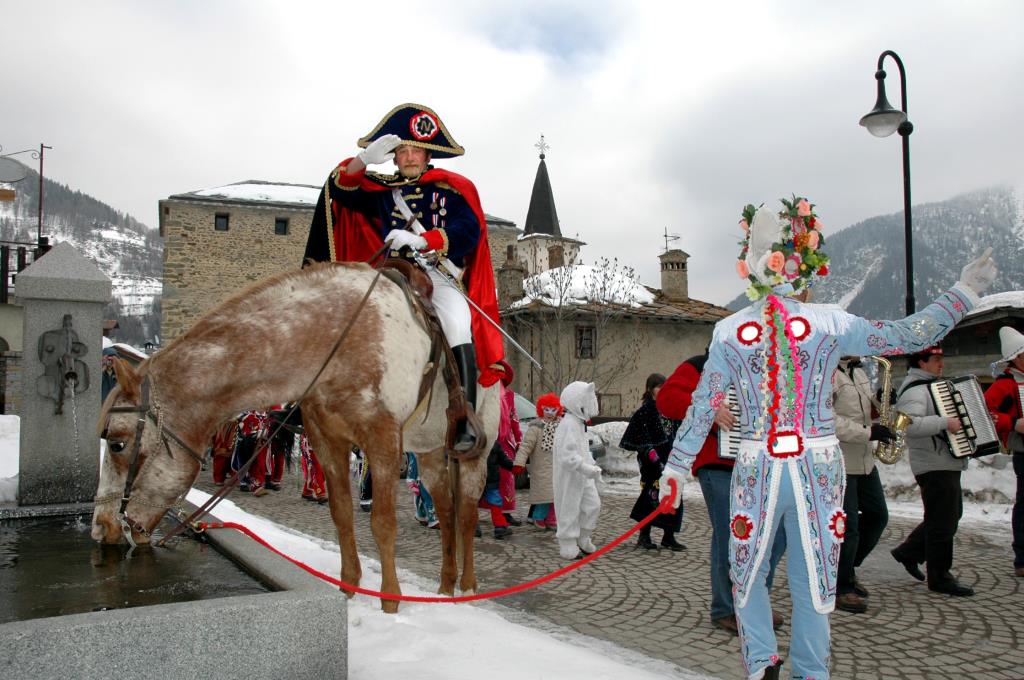 Baita delle Fate
A small structure immersed in the dense woods of Val di Fiemme, precisely in Valfloriana, which a...

Lambrusco: an international success story
The Oil of the Popes and the ancient flavors of...
Fiemme Trekking Gourmet