The singer-songwriter Cesare Cremonini has been recently nominated as an honorary citizen by the municipality of "the pearl of the Tirreno". 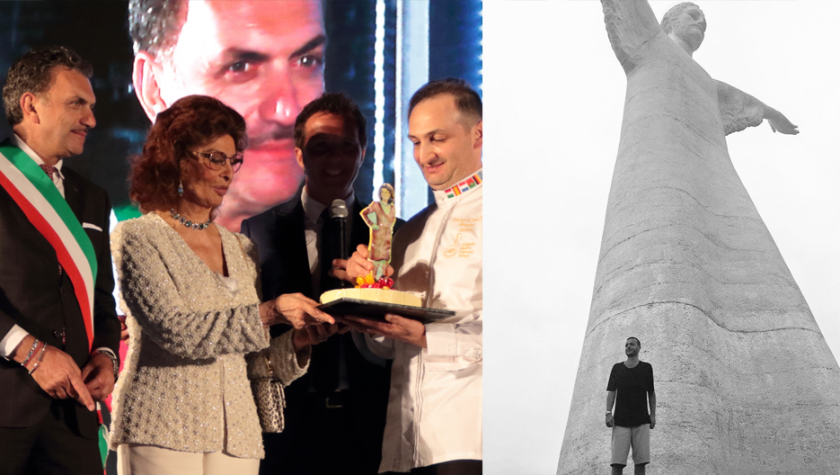 Great, indeed, great names among honorary citizens of the village of Maratea, in the province of Potenza. In fact, the "pearl of the Tyrrhenian" after granting honorary citizenship to the international actress Sophia Loren, last July, has also opened its doors to singer-songwriter Cesare Cremonini who has a strong bond with Maratea.

"Thanks to his art, which has given him celebrity and an inimitable career studded with great successes, witnessed by the many awards received, the name of Italy has shone and remained impressed in everyone's memory". "Infinite gratitude towards Sophia Loren, who was the first symbol of Italy rising after the war and then an international icon of Italian cinema with a strong personality, today we express our recognition of honorary citizenship for the high value given to the cinematographic art of our nation and the image of the Italian woman, so that through her work she becomes an Ambassador of our community in the world "

Not least, the honorary citizenship conferred to Cesare Cremonini from the same village, which has for Maratea a special attachment and dive wrote one of his greatest successes, I would. Among the reasons that for Cremonini, Maratea is "a place of the heart that ignites memories, emotions and sensations" as underlined in this excerpt from an interview granted to TV Sorrisi e Canzoni in a 2015 interview:

"My shore-like memory and armrests above the elbows are linked to Maratea, in Basilicata, where I went, my mother, my father and my brother, on the train with the bunks. We had seven suitcases: I will always remember it, because my dad would tell me: count them, otherwise they steal them. We left at night and woke up in this Italian wonder. It is an emotion that I still have inside and the first song I wrote in my life, which is called I would have written it to Maratea. I had neither the guitar nor the piano, I wrote it in my mind, probably because I missed the little girl I had left home. "

What to see in Maratea

Church of Santa Maria Maggiore
Statue of Christ the Redeemer
Island of Santo Janni Archaeological Area
More...
are you an Italian villages lover?
Join our Community
and share you experiences!