A sad and touching story tells us of a noble lady, in love and faithful, of her consort, evil and jealous, and of a strange white rock 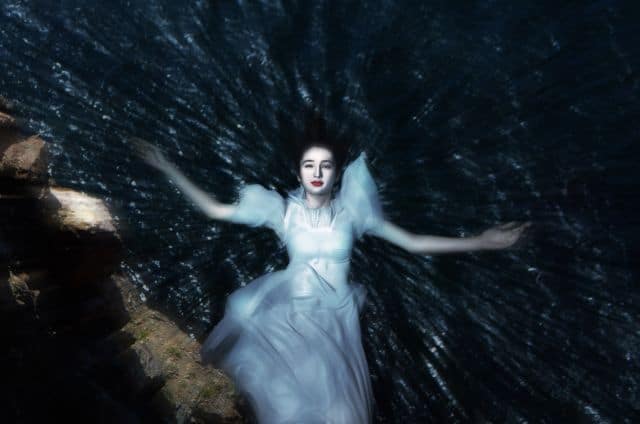 Some say that, looking down, over the precipice towards the sea, from the ruins of the old castle of Duino, what today is known by some as the Rocca della Dama Bianca, occasionally you can admire a pair of white royal swans that slide slightly on the sea, almost to represent a dance. A compassionate tribute from heaven.

Someone says that when midnight strikes, looking at the windows of Duino's castle wrapped in the dark mantle of the night, one can see the slow passing of a lit candlestick.

Some say to have seen a rock become a beautiful woman with the favor of the night, and the same woman dressed in a soft white coat, become stone again at dawn. 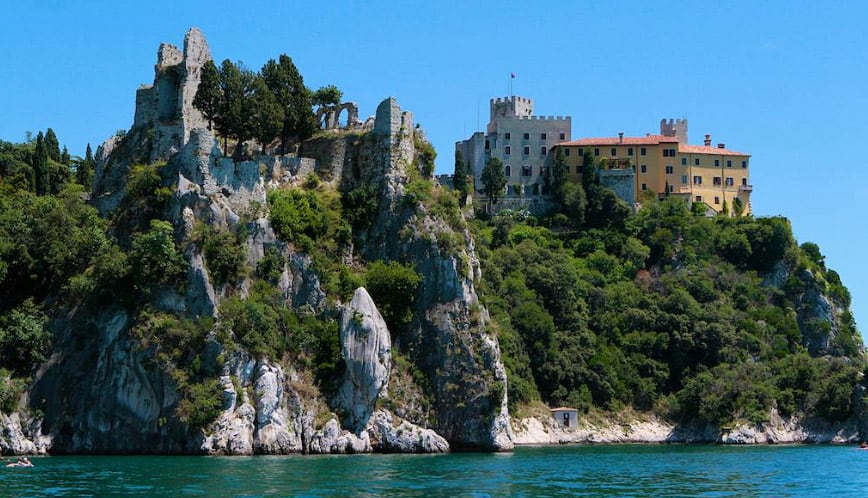 Poor woman the White Lady of the castle of Diuno. Faithful lady, devoted and in love with the wrong noble. A violent and bloodthirsty, paranoid and bewildering man, in constant struggle with marauders who plundered the villages of his dominion and with the nightmare that some other noble man could ensnare his beautiful lady.

Were just rumors. All the nobles of the area, when the wicked man was away, tried by every means to enter in the graces, and under the sheets, of the faithful lady, but she had no eyes and no ears for this. She was good, beautiful, faithful, in love, although at every return of the groom she had to bear the insults and the bad words against her because of doubts about her lack of fidelity.

Every time he came back from a battle or a campaign, he insulted the beautiful lady, but she did nothing. She remained strong and faithful to her beloved king. Her love and devotion were such that it made her deaf to the voices, and not just those of her husband. It was rumored in the fief that the beauty had let herself go with one or more of the noble suitors. Were just rumors, of course... but for the consort, crazy and now impatient, represented those typical drops that were, now, to overflow the vase.

The beautiful lady gave birth to a baby from her consort, which she thought was the subtree of her spirit of loyalty and devotion, but this was not enough to prove her love for the crazy husband.

One night, returning from one of his battles, after a few too much wineskins, the irascible ruler took an excuse to start quarreling with his beautiful wife. Quarrel that resulted in drama, or in throwing the lady down from the cliff of the old castle by force.

Foolish, confused, with a few seconds to live, as she rushed flying toward the sea, the beautiful White Lady raised her eyes to heaven as if asking for help, starting to utter a cry of despair, and this help arrived, even before she stopped to scream. 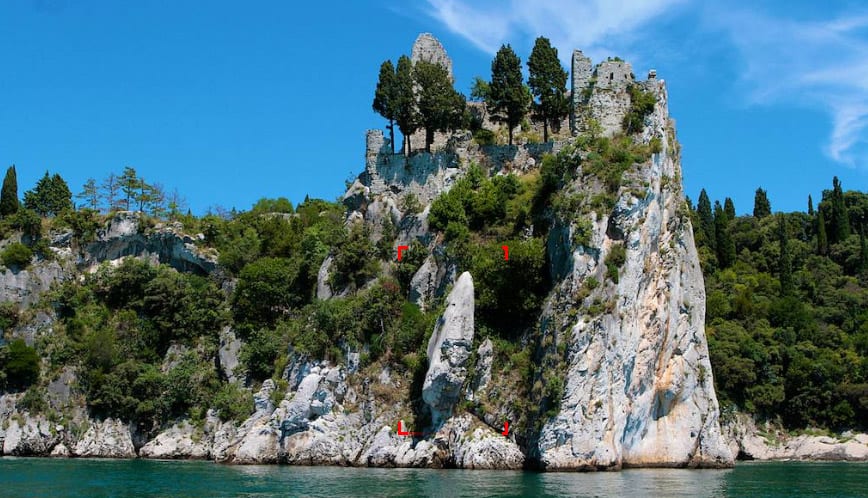 "Asshole" you can think "you do not behave like that". You are right. He should heave not behave like that with a woman who gave everything for her loved one but in the Middle Ages and in the time of legends, we know, things were going as they went. Sometimes even bad.

Today of this sad and strange story remains a rock at the foot of the cliff under the old castle of Duino that looks like a curled up woman, wrapped in her soft clothes, almost a sculpture with plastic shapes, almost as if the wind moved those clothes. 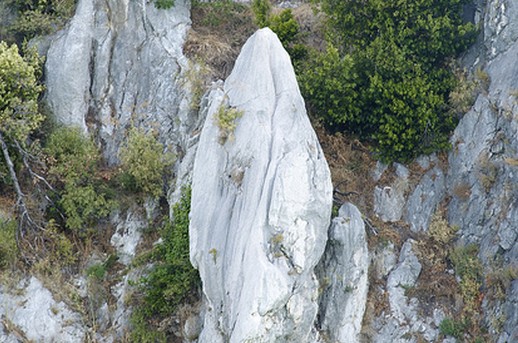 There are also rumors of people who have seen a candlestick wandering around the castle of Duino in the night when no one is there. There remains the desire of a mother to look for her son's cradle to be able to reassure him that for better or for worse that "everything is fine". Wish that borns with the dark and dies at dawn. It remains the legend of the beautiful White Lady of the castle of Duino.

What to see in Duino-Devin