Italian villages in the movies, when cinema is shot in the villages - Episode 2

Let us rejoice, lovers of the villages and movie lovers, wanting to know which Italian hamlets are protagonists on the big screen. Here is the second episode. 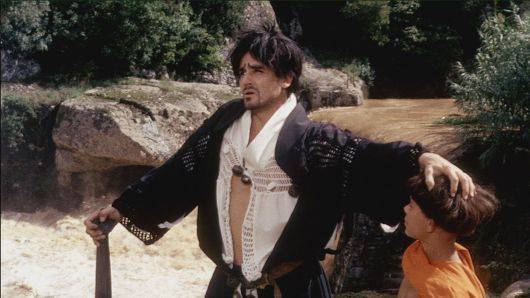 We continue our journey to discover the villages that served as the scenography for big (and small) masterpieces of both national and international filmmaking. The Italian villages offer suggestive locations that have been the background of several adventures, the only limit is the imagination and creativity of directors, screenwriters and writers, who masterfully bring Italian beauty to the big screen.

After the success of the first episode of this tour among the villages in the movies, here is the second instalment, in which we will know more about fantasy, humor, action and love among the streets and landscapes which are most of times unknown, but absolutely to be seen.

We begin with a great classic of Italian filmography, Mario Monicelli's Armada Brancaleone (1966), an unforgettable story, marvellously interpreted by great Vittorio Gassman. The plot of this immeasurable film sees a handful of poor guys, headed by a fancied but valued, and very loquacious, Brancaleone da Norcia (Gassman), who possesses a mysterious imperial parchment written by Brass I the Great, who gave him the right of possession on the fief of Aurocastro, in Puglia. The story is I settled in a multitude of Italian locations, among which Civita di Bagnoregio, an enchanted village in the province of Viterbo, and the castle of the island of Caporizzuto (photo above), in the province of Crotone. The film won three silver ribbons, was presented at the 19th Cannes Film Festival. 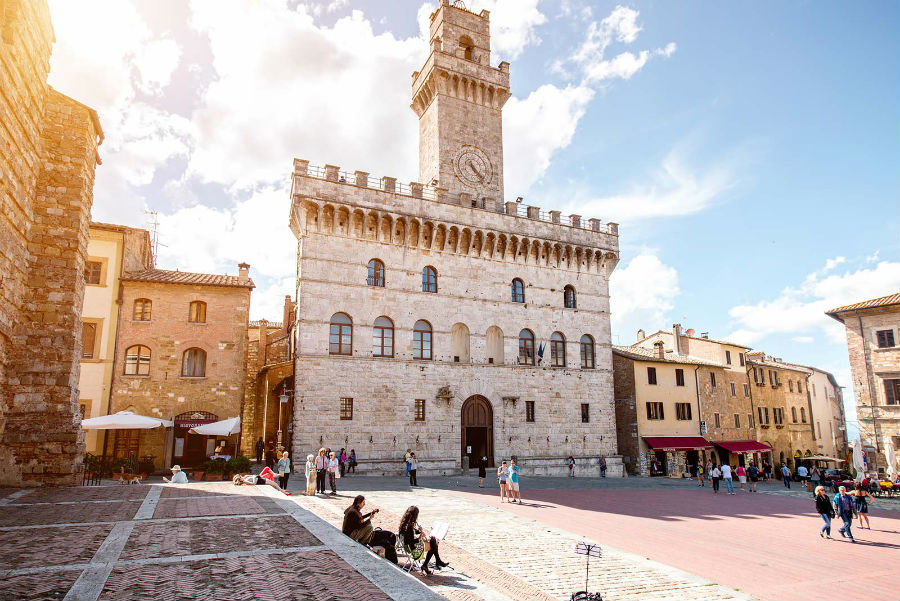 The bells of the imposing bell tower are about to ring at noon and a large crowd of people dressed in red caps and cloaks fills the centre of the medieval town, while a beautiful girl tries to run across the crowd. This is one of the most fascinating scenes of the Twilight Saga, shot in the fascinating square of the medieval village of Montepulciano, Siena. The film is New Moon, a film adaptation of 2009 from Stephenie Meyer's 2006 novel and a sequel to the Twilight collection, directed by Chris Weitz and written by Melissa Rosenberg. The story begins by telling the love between the human Bella and the vampire Edward. Their love obstructed by the Vultures, a group of evil vampires who want to drink the blood of the girl. Struggling with vampires, werewolfs, friendships and rivalries, the two lovers will finally get married, but even in the fourth and last episode of the saga they will not live in peace. 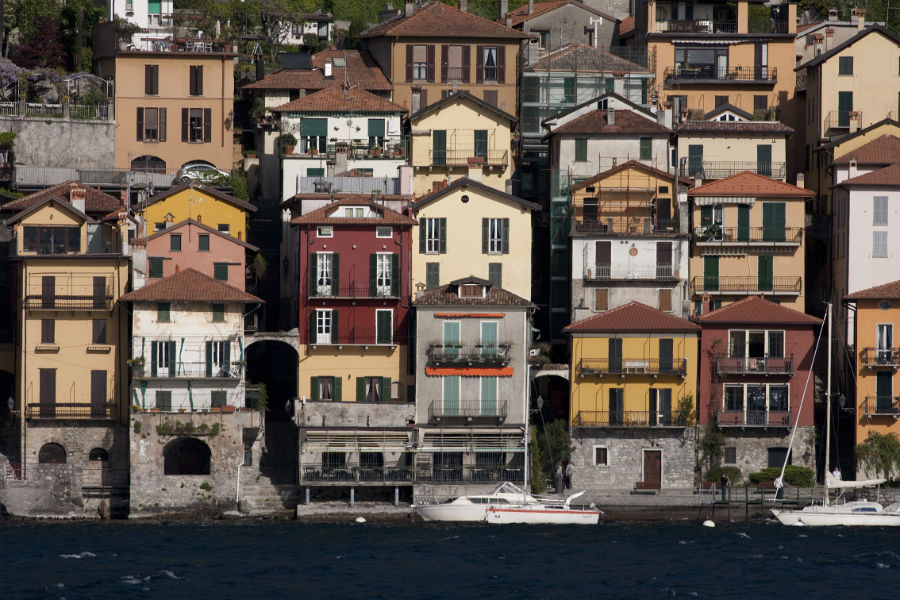 From the fantasy world, we move to the ironic-surreal world, where an Italian military patrol is about to invade Switzerland during an exercise.
This is what happens in the third part of the spontaneous "I Tiger, you tiger, they tigers"(Io tigro, tu tigri, egli tigra), a collective film in three parts of 1978. The first part of the film was entrusted to Renato Pozzetto, while the other two were directed by Giorgio Capitani. The film, which in our opinion is one of the most fun and surreal of the Italian comedies of that time, was realised to replicate the success of the previous Three Tigers against three tigers (Tre tigri contro tre tigri).
But let's go back to us and focus on the third part of the movie, which sees a ruthless patrol of the Italian militia running through the streets of Bellagio and Varenna (an unlikely Switzerland) looking for a packet of cigarettes. Lost and not aware of having crossed the border, the patrol, headed by a brilliant Enrico Montesano, "march" in this Swiss town causing panic among the citizens and evoking a series of funny episodes. The film has beend designed by great screenwriters such as Enzo Jannacci, Gianni Manganelli, Cochi Ponzoni, Renato Pozzetto, Italo Terzoli, Enrico Vaime, Castellano and Pipolo. 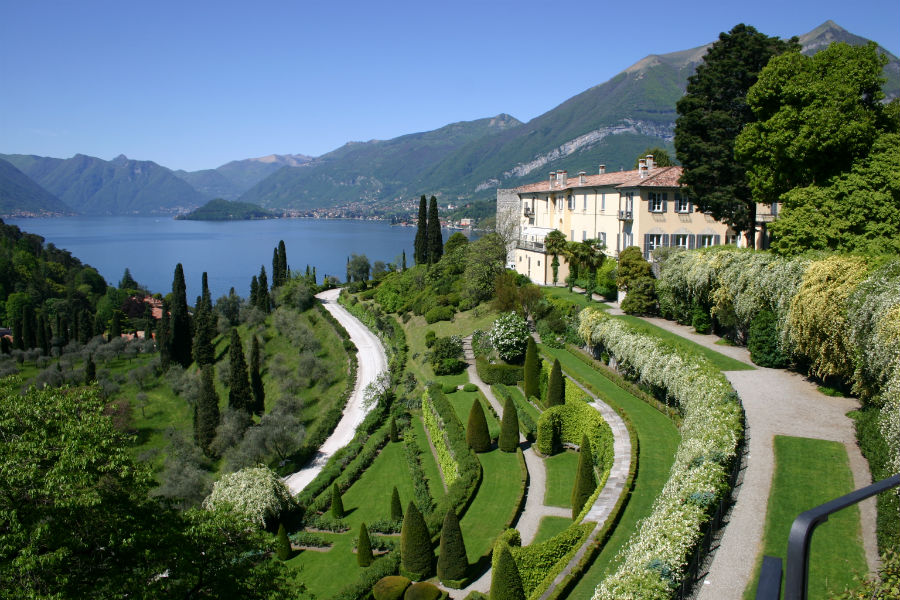 We stay for a moment in Bellagio to honour a great Italian comic, who has recently disappeared, and pay homage to one of the most beautiful villas in the area, Villa Serbelloni. We are talking about the great Paolo Villaggio and his most famous character, Fantozzi. Villa Serbelloni has never been the location of a Village movie but ... ok, you will understand... 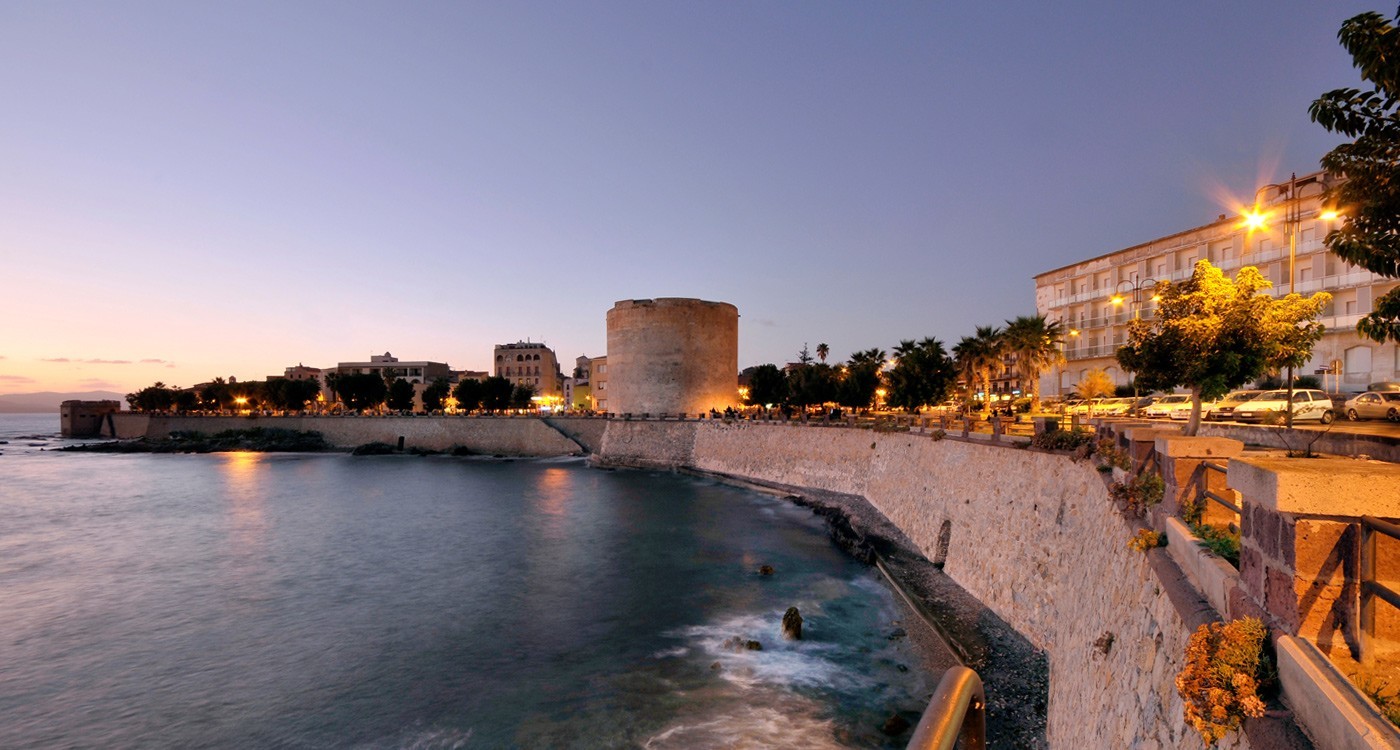 Let’s go now on a reckless journey from the Switzerland along the Lake Como to the coasts of Sardinia on board a powerful Lotus Elite thrown at full throttle on a narrow two-lane street followed by a side-car. On board, there is the one and only: Bond, James Bond.
We're talking about the tenth of the 007 series, or The Spy That Loved Me, directed Lewis Gilbert and released in the premiere (note the date) 7/7/77. In the scene described (and shown in the following video) the protagonist is one of the most beloved Bonds, who has recently disappeared as well, Sir Roger George Moore spurs, driving his bond-car of near the town of Alghero, Sassari. Among the actors in this film we cannot forget to talk about Barbara Bach, Major Anya Amasova / Triple X Agent, and Richard Kiel as the fearsome Shark. 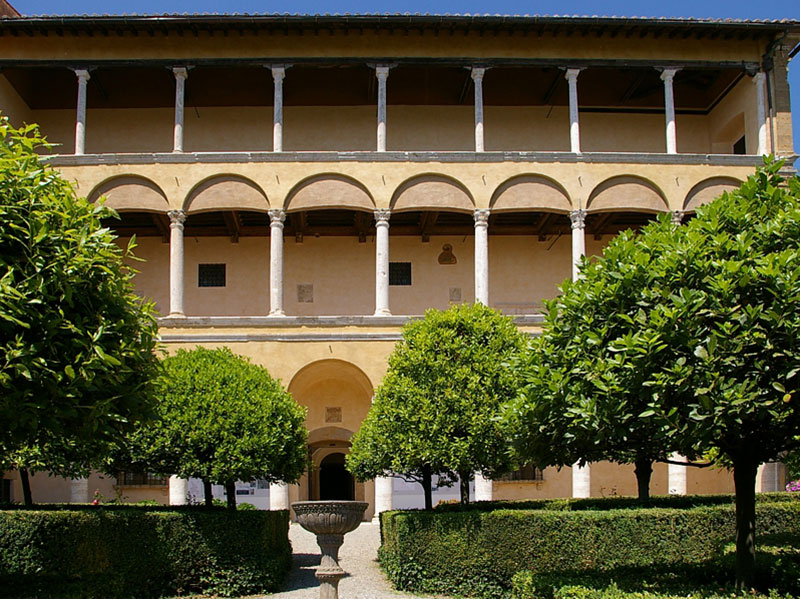 From the modern spying events, we make a leap in the past during World War II, thanks to this masterpiece that seems to be one of the most award-winning films in history, The English Patient, a film released in1996 directed by Anthony Minghella, and adapted from the homonymous novel by the Canadian writer Michael Ondaatje. A story of love, memories, compassion, and war. A beautiful story in which a Hungarian count, disfigured and amnesic, due to an air crash, is taken healed by a Canadian nurse, who has just lost her boyfriend and her best friend. Because of these and other events, the nurse decides to bring her patient to a convent near the village of Pienza, Siena, where she falls in love, unaware that the count begins to recall pleasant and unpleasant memories of her beloved.

With these five films, we finish this second journey at the discovery of the Italian hamlets which served as background to big and small Italian and international films, and continue to inspire the world of filmmaking and beyond.

What do you think about them?
Would you like to recommend other films shot in a hamlet that we have not mentioned yet?
Let's talk about it in the comments!

Viale I Maggio, Alghero
Lupaia
An agritourism resort in the heart of Tuscany, between Pienza Montepulciano. La Lupaia is a luxur...

Via Pino, 23, Varenna
L’Arco del Gusto
Tastings and products typical of the area of the Tuscia.

The Church of San Michele
Porta Terra Tower
Sulis tower
More...
are you an Italian villages lover?
Join our Community
and share you experiences!