Charm and mystery envelop the Devil's Bridge in Borgo a Mozzano

The legends about the Devil's Bridge in Borgo a Mozzano, in the province of Lucca, are numerous and all shrouded in an aura of mystery, let's see the most curious and the most famous ones 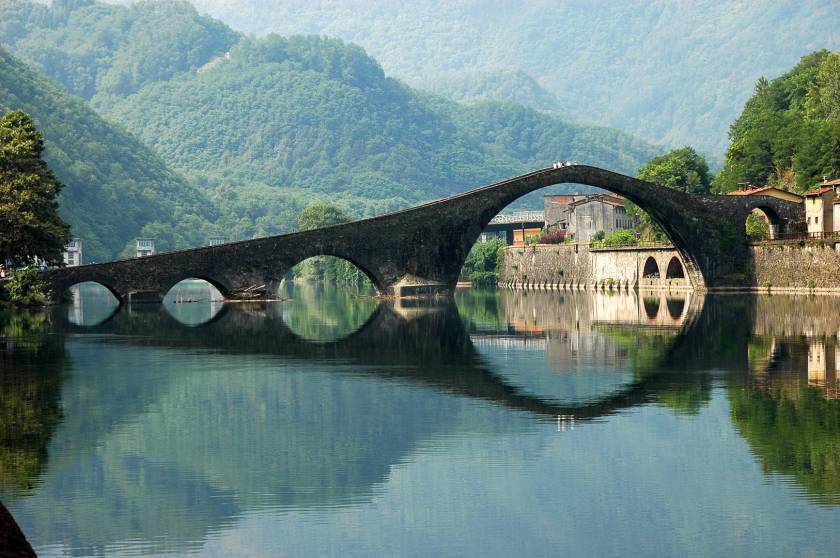 In the pretty village of Borgo a Mozzano, situated in Tuscany in the province of Lucca, there is the famous Ponte della Maddalena, better known as Ponte del Diavolo (Devil's Bridge). This bridge, which crosses the Serchio river, is known for its very particular shape: the central arch is in fact higher, wider and more particular than the other minor arches. Its fame has now reached beyond the regional borders and there are many legends that make it the protagonist. We tell you the most curious and the most known ones. 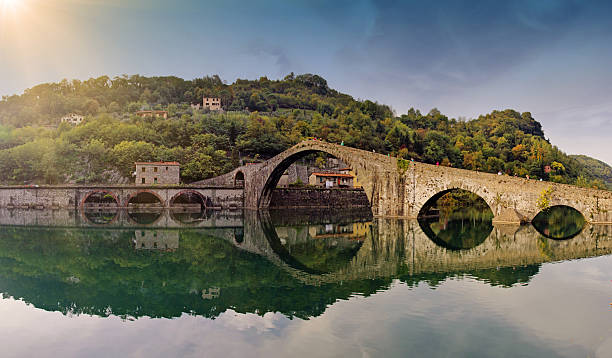 The legend of San Giuliano and the devil

The legend tells the story of the head mason, San Giuliano, who during the construction of the bridge encountered numerous difficulties due to flooding by the river. San Giuliano, so, realized that he was no longer able to meet the deadlines established for the work and taken by frustration, one day began to curse, coming to evoke the devil and pronouncing some sacrilege.
The devil came to the mason proposing him a pact: he would have finished the work himself the following night, on condition that he would have been granted the first soul to cross his bridge.
As promised, the bridge was finished by the devil and this began to trigger in the master builder a sense of guilt and second thoughts about the agreed pact. San Giuliano, therefore, soon went to the parish priest of the village to confess and ask for help. The two men decided to devise a plan to cheat the devil and prevent him from taking the soul of an innocent man; in fact, they made a dog cross the bridge. This gesture angered the devil who, feeling mocked, threw the dog into the icy waters of the river, and was never seen again.
According to the legend, it seems that the dog was a Maremma shepherd with a completely white coat that since that day is seen on the bridge the last nights of October intent on looking for the soul of San Giuliano, after having made fun of the devil.
Moreover, it seems that, if you look closely, you can see the body of the animal petrified on the bed of the river.

An alternative ending
The story of the master builder and the pact with the devil is not the only legend that is handed down. Another version, which sees another ending, sees instead of the dog a pig chasing an apple. According to this version the devil, furious for the deception, threw himself directly into the river, thus opening a portal to hell, whose signs are still visible at the bottom of the river. 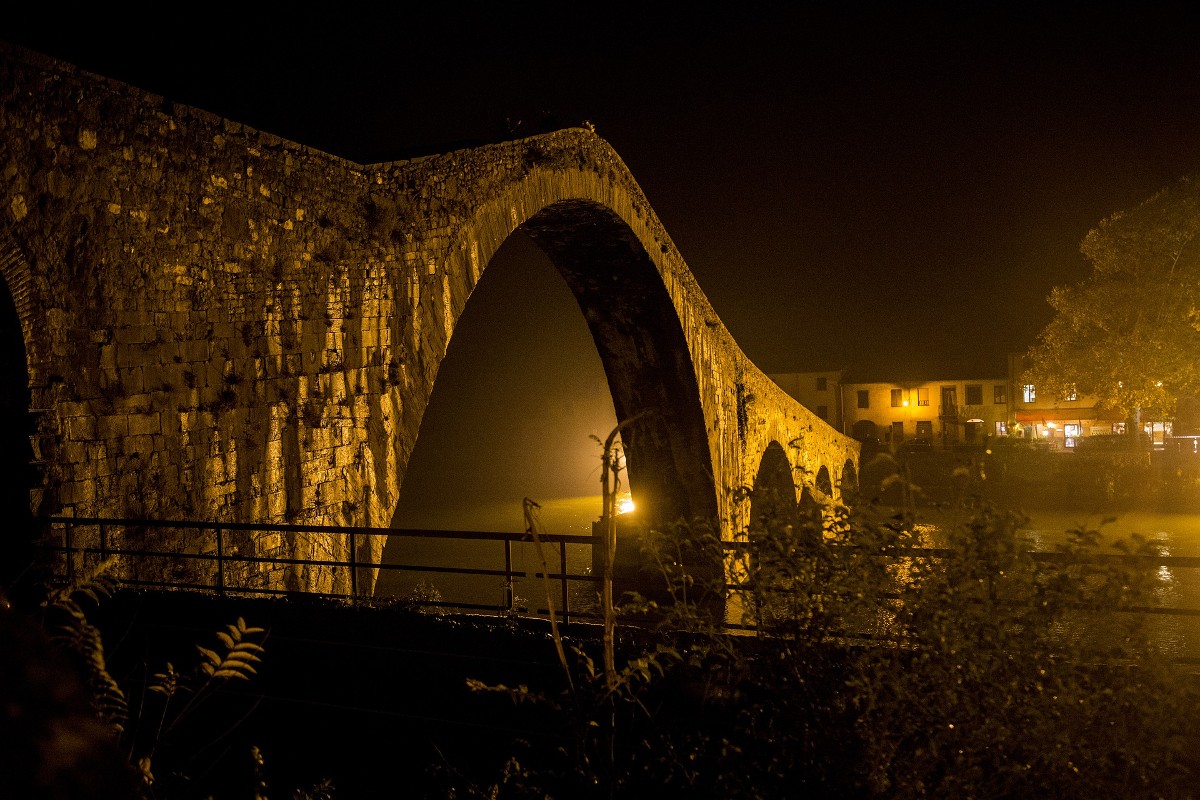 The pact for eternal youth

Another equally curious story has as its protagonist the noblewoman Lucida Mansi, a young woman from Lucca who, frightened by old age, underwent any kind of treatment to preserve her young appearance and avoid the passage of time to show its signs. One morning, while she was in Pescaglia, she noticed that a wrinkle had appeared on her face. The news shocked her so much that the same evening she found herself wandering and crying through the streets of Borgo a Mozzano. Arrived on the Magdalene Bridge, she met a beautiful young man, who promised her 30 years of youth but she, in return, would have to give him her soul. Lucida accepted, without knowing that the young man was actually the devil who had taken on that appearance to trick her. Lucifer took the woman on top of the bridge and from the highest point he threw her into the river below, after having taken possession of her soul.

In short, the legends about the Devil's Bridge are numerous and all wrapped in an aura of mystery. Visiting the bridge can be a unique and exciting experience, which will leave an indelible memory in every tourist. 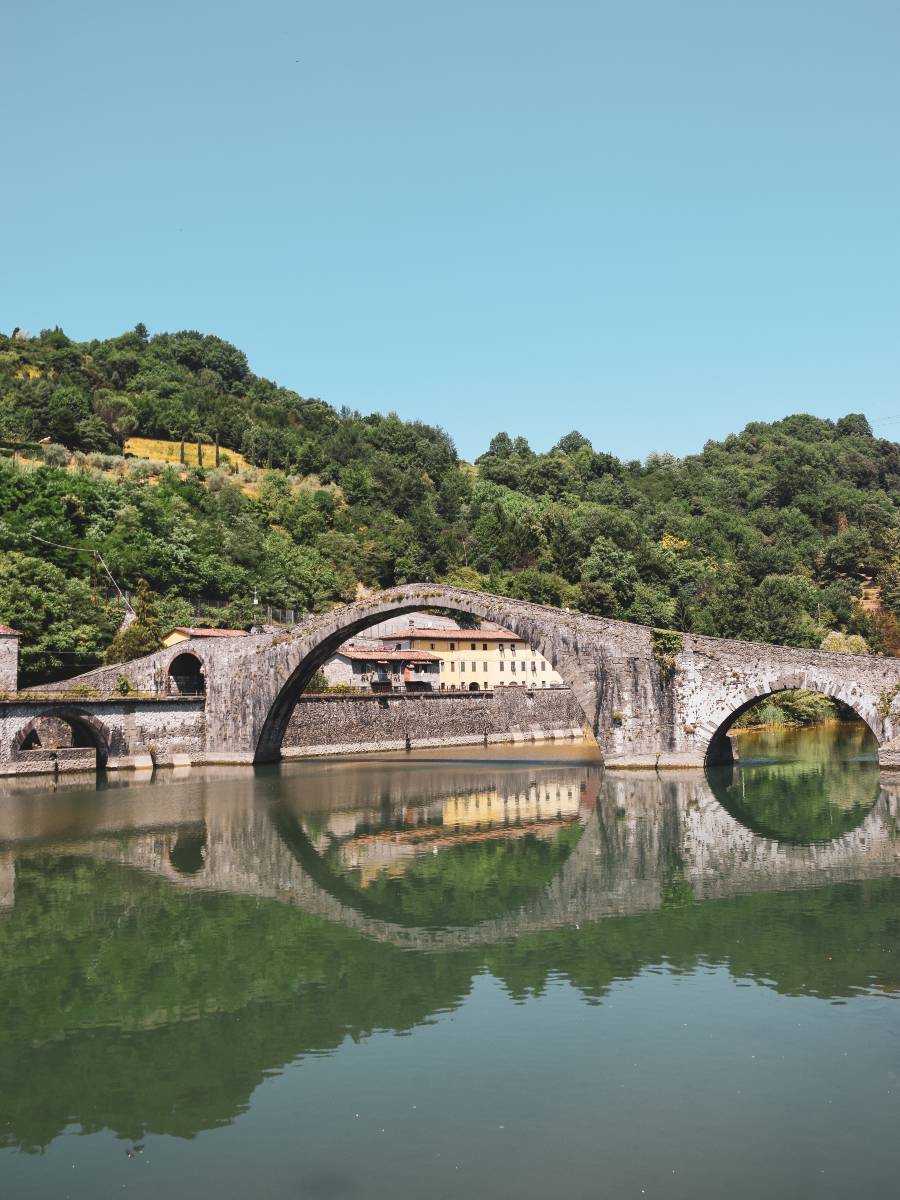