San Paolo Albanese and the Museum of the Arbëreshe Culture

A museum created to enhance and preserve the cultural, social and urban heritage that characterize the village of San Paolo Albanese. 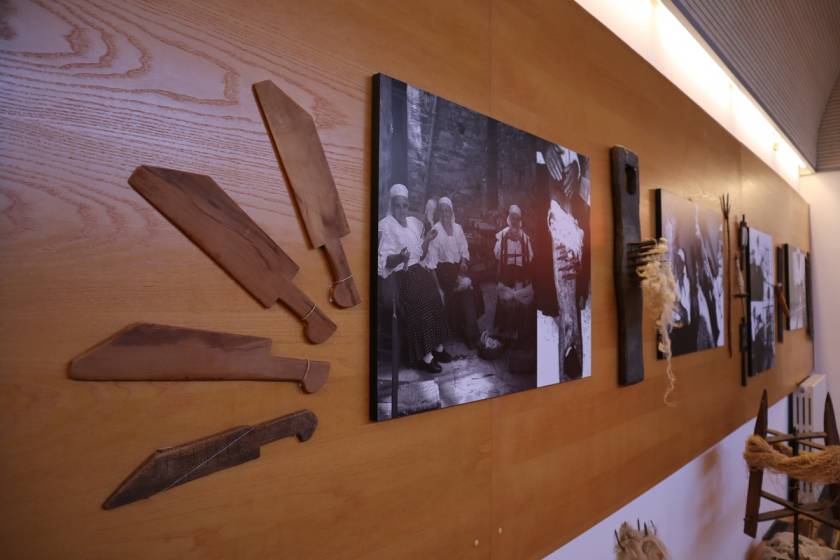 È a treasure trove of traditions, located in the heart of the Pollino National Park - at an altitude of about 850 meters - and stands out among the most characteristic villages in all of Basilicata. Welcome to San Paolo Albanese, whose peculiarity is linked to its historical-artistic and, above all, cultural heritage. The village, in fact, was founded by a community of Albanian refugees who settled in the arid lands of the State of Noia, granted to them by the rulers of Naples on the north-eastern side of the Pollino. Here everything speaks of this people, from festivals to traditions through the traditional clothes of San Paolo Albanese with an icon, the Museum of Albanian Culture, specifically designed to preserve, protect and promote this ancient and fascinating culture.

The arrival of the Arbëreshe in Basilicata

According to the most accredited historiographic tradition, the foundation of San Paolo is to be connected to the events following the death of the hero Giorgio Castriota Skanderbeg, in 1468, to the fall of Corone, city of Morea, by the Turks around 1532 and to the Ottoman invasion of the Balkan territories. It was on this occasion that there is verifiedò a new and consistent wave of migration of Albanian refugees towards the coasts of the Kingdom of Naples, where once arrived they scattered in different directions; some took to the slopes of Mount Carnara - where between May and June is staged the spectacular flowering Banxhurnavet, the peonies of red-purple color that grow spontaneously only on this mountain, giving life to the center of Casalnuovo di Noja, which later took the’current name of San Paolo Albanese.

The Museum of Arbëreshe Culture was created to preserve, protect and enhance the cultural heritage, in all its facets (language, clothing and costumes, cycle of transformation of the broom, Byzantine ritual, folk festivals, material remains, natural and human environments, memory, roots, identity) of the Albanian-speaking community of San Paolo Albanese. Born as an agro-pastoral exhibition in the second half of the seventies, and later established and regulated as a museum, today it is located in Via Regina Margherita, in a complex of ancient single-cell houses reassembled with a restoration, where possible, of conservative type: every object on display stands out in this authentic and characteristic location. The environments, in fact, have been faithfully reconstructed and transport visitors back in time.

The Museum of Arbëreshe Culture

The Museum of Arbëreshe Culture of San Paolo Albanese combines in its whole moreù realities, è a place of traditional values and a picture of life in the past. Entering the Museum, you start a path that leads to different sections in which there are photos, everyday objects and work tools that stimulate the curiosity of visitors.

The exhibition continues with the exposition of the costumes and traditional clothes of the Arbëreshë of San Paolo Albanese and then arrives at the area dedicated to the material culture of this ethnic minority.

A part of its activities is also the specialized library for albanian-speakers and a permanent exhibition of the "Objects from the Memory".
For some years now, the study and the valorization of an instrument very linked to this community has been started: the bagpipe. In 2019 è the I° FESTIVAL "Antiche Radici" "Rrënjet e vjetra" has been realized, structured in such a way as to make the event as an annual appointment. Thanks to this event, the permanent exhibition of the bagpipes has been created.
The technology of the Museum also helps the visitors to live a memorable experience: through stories, movies and dances it gives a real immersive experience in the world of Arbëresh.

An intriguing village, San Paolo Albanese, where the Arbëreshë are the common thread with the style of their houses - which alternate with more noble buildings of the eighteenth century - and with the local cuisine. It is impossible not to try some of the village's typical dishes: Shëtridhëljat, homemade pasta, Pettullat, similar to crêpes, cooked on a red-hot stone, and Nusëza, Easter bread dough, shaped like a doll.

An event not to be missed in San Paolo Albanese, finally, is the feast of August 16th dedicated to the patron saint San Rocco, rigorously marked by the Greek-Byzantine rite. In the procession moves, in front of the statue of the saint, Himunea, votive throne of big dimensions, made with 360 bouquets of soft and hard wheat ears, accompanied by the involving “Dance of the scythe”, that simulates the movements of the harvest.

Via Caprera, 6 - 85030, San Paolo Albanese
Katoqi - Tourist house
For a stay in the historic centre of São Paulo Albanian, Katoqui - Tourist House is ideal. A part... 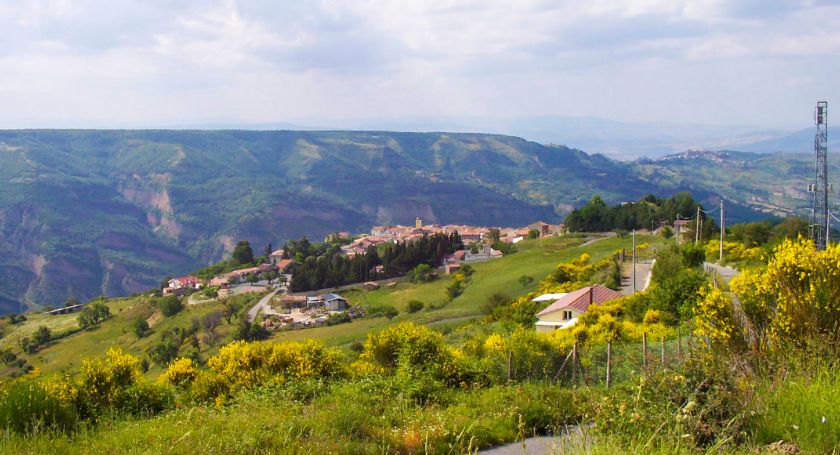 What to see in San Paolo Albanese

Church of the Exaltation of the Santa Croce
Church of San Rocco
Museum of Arbëreshe Culture
More...
are you an Italian villages lover?
Join our Community
and share you experiences!