Between history and legend, the life and death of Bianca Lancia, the only true love of Frederick II of Swabia 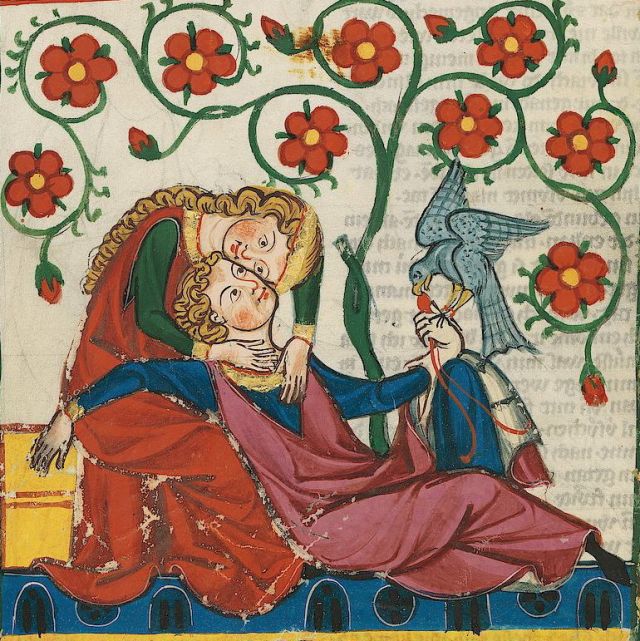 It was during a reconnaissance tour of the cities of northern Italy that Emperor Frederick II of Swabia saw Bianca for the first time. Daughter of Bonifacio I of Agliano and of the noble Lancia family from her mother's side, Bianca Lancia was a beautiful young woman, so beautiful and so innocent that she made the brave emperor lose his mind at first sight. For her, he could put his castles on the line and face a thousand dangers. He would have done anything to have her by his side and fulfill his love dream, even lying. In fact, the emperor could not make Bianca empress alongside him because at the time he was married to Isabella of Brienne, queen of Jerusalem, so he made up the lie of being, in reality, a widower.

We are in the mid-20s of the 1200 when Federico convinced Bianca Lancia, only fifteen, to accompany him to the kingdom of Sicily where they could live their clandestine relationship together forever, as in the guise of a child bride.

Followed by uncle Manfredi (Marquis of Monferrato, who could not wait to seek better fortune elsewhere since the noble Ghibelline families of Piedmont were undergoing the rise of the Free Municipalities), the young lover and accomplice of the emperor let herself be conquered and to possessed but the joy of her love was very brief. The brave emperor was so in love with Bianca that he dedicated very sweet poems to her but he could not abstain from his duties as emperor of the Holy Roman Empire.

A few years after the death of Isabella of Brienne, Frederick II married Princess Isabella of England, following the advice of Pope Gregory IX to put an end to the Anglo-French feud. The emperor took several women as wives for political purposes but his heart was beating only for one, and only for her he was madly jealous. An unhealthy jealousy that led him to lock up his beloved Bianca Lancia in the tower of the castle of Monte Sant'Angelo, or perhaps to keep their love story hidden from everyone's eyes.

Those were harrowing days for the young woman. Not only pain due to confinement and humiliation but also physical pain due to the pregnancy she was going through. Pain that found its climax at the birth of the son Manfredi. Thus it was that Bianca Lancia, now on the verge of desperation, decided to cut her breasts and send them on a tray to the emperor together with her baby, and then let herself die by throwing herself into the void from a tower of the castle.

At least, that's what the legend says. In reality there is discord among historians but it seems that Bianca died, for health reasons, previously to the emperor (who had become a widower after the death of Isabella of England) and on her deathbed she begged him to legitimize the their union and the paternity of their 3 children: Costanza (or Anna of Sicily), Manfredi (last Swabian king of the Kingdom of Sicily and founder of Manfredonia) and Violante (countess of Caserta). There are also those who say that Bianca's imprisonment did not take place in the castle of Monte Sant'Angelo but in the "empress tower" of the Gioia del Colle castle, from which Federico had the woman thrown down when he realized she was pregnant.

History? Legend? The fact is that in the point of the castle of Monte Sant’Angelo, from the where the young woman threw herself, grows a wild plant of the color of her clothes, as if to mark that tragic place. But that's not all! It is said that her ghost still roams in the rooms of the castle and that her desperate weeping and moans would also be heard outside during the colder months. A desperation born from a dream of love, even if it is clandestine. A strong feeling, blinding, bewitching, like the verses that the emperor dedicated her:

That Bianca Lancia was the only woman Frederick II ever loved is something proven especially by those verses that have made it to present days, but what is the boundary between love and jealousy? Is it possible to truly love a woman and appropriate her freedom? Maybe I'm digressing but one thing is certain, I will dedicate a prayer in Bianca's honor on my first visit to the castle of Monte Sant'Angelo.

What to see in Monte Sant'Angelo

Sanctuary of San Michele Arcangelo
More...
are you an Italian villages lover?
Join our Community
and share you experiences!